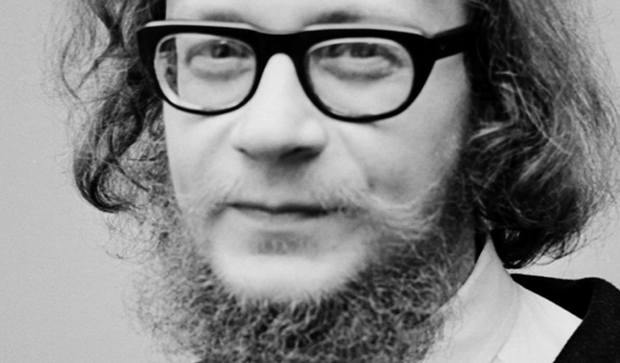 The title of today’s post is not at all meant to be derogative. I like Slow Cinema too much for a defamation of it. I also strongly believe that poverty does not necessarily harm creativity. On the contrary. I’ve been there during my childhood and my youth. You learn to make do with what you have, and this always requires creativity. A lot of filmmakers demonstrate the same thing. Without funding, or only minimal funding which doesn’t cover the production costs at all, some create remarkable films. Slow Cinema directors are known for this. Not all of them make something out of nothing. Some are a bit luckier with receiving financial support than others. Yet, the general situation is pretty bleak for slow-film directors when it comes to financial support.

Those of you who have followed this blog from the beginning know that I’m always interested in looking into any possible roots of Slow Cinema. I do not agree with the current classification of being a descendant of Italian Neo-Realism. Nor with European modernist cinema in general. This approach is entirely focused on film, and shows the ongoing problem in academia: many researchers only think in their own fields instead of looking beyond their own horizons. Doing exactly this, though, shows just how rich Slow Cinema is, despite people’s persistent argument that there’s nothing to see, nothing to get out of. The films have a strong heritage in other art forms. I already spoke a bit about painting, and I still stand by what I said. Lav Diaz is not the only one who used to paint before he turned to filmmaking. I think Apichatpong Weerasethakul used to paint as well (I think I read this in a recent interview). They may be an exception from the rule, but they make for an intriguing study of the ways in which Slow Cinema and other art forms converge.

By way of diversion, I have reached the field of theatre. It started with a book on Polish post-trauma theatre, which was superb and similar to what I’ve been writing about Lav Diaz’s films in my thesis. In fact, there were so many similarities that I was glad I hadn’t read the book before submitting my thesis. It could have led to the Homer Simpson “NO!” effect. I was particularly taken by the two theatre directors Jerzy Grotowski and Tadeusz Kantor. The latter’s “Theatre of Death” shows similarities to the three Lav Diaz films I have studied, but unfortunately cannot be applied to any other director I have studied so far in the context of Slow Cinema. But Grotowski is an interesting reference point. It was he who wrote the short but groundbreaking essay “Towards a poor theatre” in the mid-1960s.

I want to highlight no more than two aspects of Grotowski’s theatre and his vision of what theatre should be like. I possibly do not have to go into detail about the overall aesthetic of a “poor” theatre. Everything is reduced to a minimum. Perhaps Tarr’s The Turin Horse

(2011) may be a good example. Yet it’s by no means the prime example. In slow films, in general, the mise-en-scène is minimalistic. The frames have been emptied of distracting elements. Very often you only see the very basics. And that is, in fact, all you need.

This is also what Grotowski thought. Reducing the mise-en-scene to a mere minimum, you’re left with two elements which need to be strong: space and acting. As far as space is concerned, I’m not just speaking about what is visible. In a film (or a theatre play for that matter) what is not visible, but present nevertheless, is immensely important, and is, in some cases, even what a film is about. I’d say that Apichatpong’s Cemetery of Splendour

is a good example.

If you reduce the mise-en-scene to a minimum, then you have, I believe, a lot more options you can play with, precisely because nothing is certain for the audience. Absent presence is a wonderful means to speak about loss, loneliness, death, longing, haunting – all those elements play a major role in Slow Cinema.

A second element whose importance is heightened in a “poor” theatre is acting. Grotowski placed particular emphasis on acting. The actors/actresses were so important because they had to fill the gaps the mise-en-scene left them with. They had to embody a lot more than just a role. Now, in many slow films, the term “acting” is perhaps not ideal. Very often, non-professional “actors” are used. In several cases, they do not even act, but play themselves. They are themselves. In other cases, actors and actresses live their roles. They embody the person they are meant to be on-screen. Lav Diaz’s films are a superb example for this, especially Florentina Hubaldo, CTE (2012). Diaz’s films would fall apart if it wasn’t for the strong acting, for the at times breathtaking behaviour of actors and actresses who merge with their own selves.

Grotowski advocated something for theatre which can today be detected in slow films, which, in fact, are main characteristics of Slow cinema. Once more, I do not believe that it is the long-take which is the main characteristic. This point is once more an example of the narrow thinking of certain scholars. There are similarities between the aesthetics of Slow Cinema and other art forms. These may not be the most known advocacies but that doesn’t mean that we shouldn’t take them into account when looking into the aesthetics of films. I’d be interested in knowing how many filmmakers consciously know about Grotowski and his poor theatre. It would be an interesting influence on films.