Skip to content
The Arts of (Slow) Cinema it's very important to make the film a real psychological process. (Béla Tarr)
Research Uncategorized 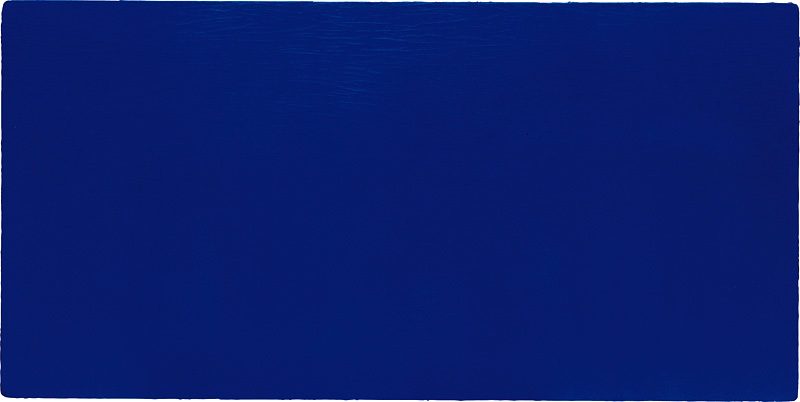 At the very beginning of my doctoral research, I linked Slow Cinema to static art, especially Chinese painting. Traditional Chinese painting, I found, had characteristics that could also be found in the films of Lav Diaz. This was very specific though, and never allowed me to apply it to the whole of Slow Cinema. I’m nevertheless still keen on finding out more about the link between art and Slow Cinema. I do believe that there is more to find in art literature than in film studies literature, which can help us understand the aesthetics of Slow Cinema a bit more.

by Denys Riout. I bought it out of curiosity because I find monochrome art immensely interesting. I find it engaging, more so than pieces of art with several different colours. I was reminded of my preference of black-and-white over colour when it comes to films and thought I should give this book a try. More than half way through it now, I can thoroughly recommend it.

First of all I should say that I see the term “monochrome” in a much broader sense than it is used at the moment. The term is used only for colour, and yes, that makes perfect sense. But what does an artist do when s/he uses just one colour? Or even a no-colour like black or white? The artwork is reduced to a bare minimum. But, as Denys Riout points out in his book, this bare minimum does not necessarily mean simplicity. In fact he uses the term “image parfaite”, or perfect image; a representation through the absence of representation. We could certainly argue that this absence is asking for no-boredom, an active rejection of engaging with the artwork in front of oneself. But this absence is perfect precisely because it doesn’t manipulate you into thinking of what an artwork is about. Absence sets you free. It is up to you what you would like do with it.

Riout gives more suggestions, which are as simple as they are mind-blowing. I believe the art of monochrome painting challenges our intellectual approach to literally everything we do. I cannot remember where I read this, but the phrase that intellect kills experience becomes clear once you’re faced with a Rauschenberg painting. Or a slow film in which little is happening. Most telling in this context is Riout’s description in the following paragraph:

Riout mentions here the viewer’s uncertainty with an artwork in which no explanation is given. The viewer is left to his/her own devices. Our dislike of uncertainty is deeply rooted in our evolution and its connection to survival. It may seem odd to connect our rejection of uncertainty in art in general, and film in particular, to our survival mode as humans (or animals, actually). But this is what it is. We often forget where our behaviour comes from. Certainty means safety and security. They’re essential for survival. But I don’t want to go on too much about it. It’s just a thought that is worth mentioning, I think.

Emptiness allows the viewer to move his/her gaze along the entirety of a painting. If there are several different elements with several different colours there is a likelihood that your gaze remains fixed on one element without you ever seeing the painting as a whole. The phrase “Avec le vide, les pleins pouvoirs” comes from Albert Camus,and says nothing more than emptiness giving you plenty powers as viewer. Monochrome art, or indeed emptiness, paves the way for the viewer’s emancipation…if s/he would like to take up this challenge. Because film is time-based, this emancipation is not only achieved through visual simplicity but also through time. The duration of the long-takes allows us to take our time to move our gaze along a frame without necessarily getting focused on just one element.

What I found most intriguing is the thought that monochrome paintings should perhaps not even be called “visual art”. The idea behind it is that whatever you see in, say, Rauschenberg’s black paintings it not actually in the painting. It’s in your head. It’s a spiritual type of engagement with a work of art. So we may ask where the visual ends and the spiritual begins, a very striking thought, if you ask me.

Now, I do not say that everything I have so far mentioned (and I could say plenty more!) is applicable to Slow Cinema. But there are definite parallels between monochrome painting and Slow Cinema. First and foremost, I believe, we should mention the fact that both are, or tend to be, reduced – aesthetically – to a bare minimum. Complexity comes with simplicity. As odd as it sounds, this is true. The less you’re bombarded with information, the more you can experience what is happening in front of you. You’re given time to feel a situation and you can ponder about what it all means. As Camus says, power comes through emptiness, and I believe that slow films play on exactly that. I would suggest that Lav Diaz is one of the most striking and the most obvious example. But Slow Cinema in general lives off its reduction to simplicity in order to emancipate the viewers. Meanings aren’t given. They’re not imposed. The viewer has to make sense of them (that requires yes-boredom tho).

I also believe that what you actually see in slow films is not necessarily what’s on the screen. Many things happen in your mind, precisely because you have to create a story and make sense of the images and the story the directors give you. You could easily stare at the screen and be passive. Then indeed slow films would be entirely visual. But I suggest that, like monochrome painting, they’re more spiritual than visual. I guess the most recent example for me is Nikolaus Geyrhalter’s Homo Sapiens (2016). This spirituality is perhaps more prominent in some films than in others. Perhaps it is even more prominent in experimental slow films than in narrative films. Nevertheless, it is a characteristic of slow, contemplative films.

One last point before I stop for now. Painter Robert Mangold said that after everything had been tried in painting, “la seule façon de peindre un tableau consistait à repartir à zero, puis d’ajouter une chose après l’autre” (Riout, 2006: 208). Meaning, painters had to return to zero and start to reinvent painting. Start from scratch. Start with the bare minimum and then add one element after another without overloading the artwork. I cannot help thinking that this is the case with slow films. I have long argued that the actual roots can be found in the early days of cinema. Film has gradually become more complex in terms of aesthetics. Just think of the latest blockbusters and the special effects used for them. Just looking at the film posters shows that the films are basically the same (and do we not know this anyway?). In order to make cinema again, filmmakers have to return to zero, to the bare minimum. Start from scratch. I thoroughly believe that Slow Cinema is a means to return to the very basics of film, of how cinema used to be, and how, perhaps, it had been imagined in the early days.

I should stop at this point and leave you with this food for thought. I still have half of Riout’s book to go, so there might be a second part to this post in the near future!

Are you making slow films?

Is Lav Diaz is literati?