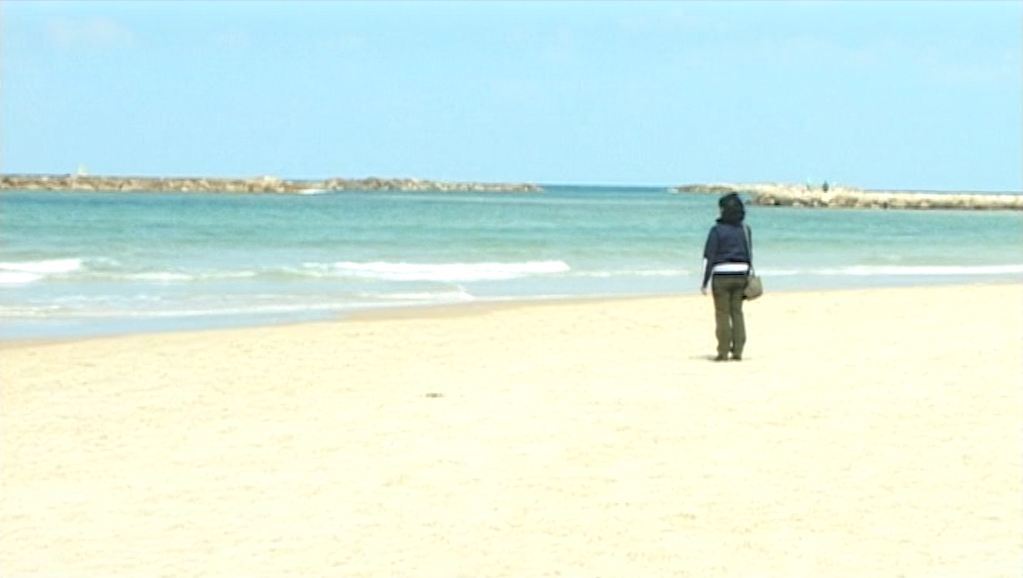 She’s absent. She is là-bas. Speaking of exile, of suicide, of spending her childhood indoors in Brussels because her mother was too afraid of letting her out. She speaks of the childhood she never had, but could have had in Israel. She’s speaking of her aunt, who received electro shock therapy in order to deal with her depression.

Towards the end of the film, Akerman speaks of a university professor who came to see her. He said: “It is difficult to get out of prison, especially out of your own prison.” Akerman’s film is almost entirely shot from inside the apartment she is living in, often through the same window, through the same curtains. Visually, this film is a prison. It hardly ever moves beyond the apartment window.

Just like Akerman herself. In a voice-over she says that she doesn’t go out much. One reason is security. One day she went out and noticed that something wasn’t right. She asked a man what had happened and he told her about a suicide attack.

But it’s not just that. It is not just the outside world. It’s also là-bas, the inner world, the inner turmoil, which imprisons her. In every word, in every phrase Akerman uses – French, English or even Hebrew – there is pain. There is sadness. There is depression. After this film, after everything I felt during those just over 60 minutes, I’m not surprised about the path she took on 5 October last year. It’s all there, in Là-Bas, which she had completed nine years earlier.

There aren’t many words I have for this film. What I do have are feelings, and it is impossible to put them into words. Là-bas made me thoughtful about many things, and I would urge my readers to watch the film if they’re not familiar with it. It is an important piece in Akerman’s filmography and deserves to be seen as such.