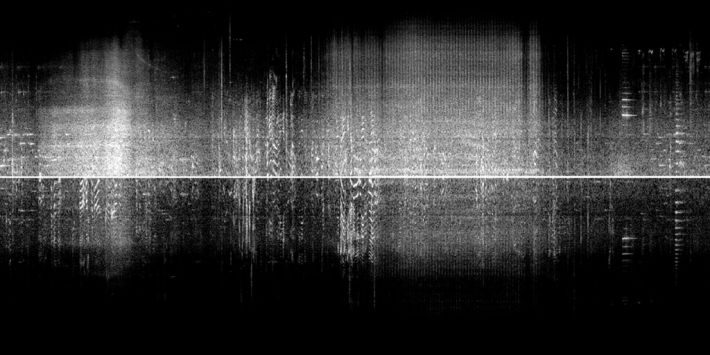 Towards the end of my PhD research, I noticed that quite a few interesting works in my area have been published by Presses Universitaires de Rennes. In particular work that has come out of Université Rennes 2 sounded promising, and, indeed, there is a lot going on. The reason for its comparative invisibility is that the scholars publish exclusively in French, which is a real shame, because I believe their work could shake up English-language scholarship in some areas. Now that I’m living in Rennes, I see the potential even clearer. It’s not just Rennes 2, which is pretty successful in its scholarship (in my area). Rennes is also home to a branch of the famous ESRA (Ecole supérieure de réalisation audiovisuelle / Ecole de cinéma, de son et film d’animation) as well as the EESAB (Ecole européenee supérieure d’art de Bretagne), where a lot of good stuff is going on. So, in some ways it didn’t surprise me when I read in the Avant-Propos of L’art contemporain et le temps: Visions de l’histoire et formes de l’expérience

, edited by Christophe Viart, that there is a special research group located at the EESAB looking into “forms of time”. What more does someone like me need!?

The books subtitle is Visions of history and forms of experience, and it’s a great round up of thoughts on the matter, well-researched, well-focused. What I personally enjoyed a lot was to read about time in art in general. I had been primarily focused on time in film for a long time, but I became interested in time, especially duration, in other art forms as part of my research into the representation of (post-) trauma. So L’art contemporain was a great addition, and a wake-up call for me to keep looking into these things.

Christophe Viart’s introduction got me hooked because of a curious anecdote, or rather a description of an artwork by Alighiero Boetti: a simple light bulb in a box. The light bulb lights up only once a year, for a mere 11 seconds. No one knows when that will happen. Quite evidently this has an effect on the visitor’s experience of time. It’s one of those artworks of which you could say that nothing was happening with it, or to it. It’s boring. But that brings us back to an earlier post of yes-boredom and no-boredom. Do you accept standing in front of the box, which contains the light bulb, with the pretty high chance that you won’t see it lightening up? Or do you just walk past it and dismiss the whole idea behind it?

Boetti’s lightbulb is a superb introduction to the book, which is varied in its foci. It ranges from an investigation of Du temps de l’art au temps de l’oeuvre by Jean Lauxerois to Relectures postcoloniales de la temporalité et de l’histoire de l’art by Emmanuelle Chérel to Le temps suspendu, written by artist Bernhard Rüdiger. It’s this mixture of researchers and artists which I value the most, because it is important to me to give artists a say, too. Scholars tend to ignore artists and just pretend that their reading of an artist’s work is the right one, because they have read about it and think that they found the key to understanding, say, a sculpture, a painting, or even a film. I know from experience that all this reading can carry you away and you don’t see the actual work. So hats off to the editor for including a chapter by Rüdiger, which is, I have to say, a thoroughly interesting take on time, image and sound. It’s a chapter on shocks and on trauma, albeit not as foregrounded as you might expect it.

Rüdiger describes the processes behind his work, and how he arrived at a solution to the discrepancy between showing and not showing. He spent several months in Jerusalem in 2000 and noticed that he couldn’t take photos. He just couldn’t. Something inside him prevented him from doing so. He was convinced that regardless of what type of photograph he would take, the photograph would turn into a cliché. I will not describe his entire process here. The chapter is well worth reading if you’re interested in Rüdiger’s work. The result of months of thinking about the problematic became a very special engagement of image and sound, a strange combination of visibility and invisibility: sound recorded as an image (see picture above). Again, a curious starting point to think about time, duration, and the way the viewer/gallery visitor experiences it.

Another thoroughly interesting chapter is Jacinto Lageira’s Voir, revoir, pré-voir, which is perhaps the most complex chapter in this book, demanding, at least of myself, a second and maybe even a third reading. I find his argument that plastic art creates time quite fascinating, something that we possibly never think about. But it is true that those art works never adhere to either historical time or biological time. They have their own time, they create their own time, which is at odds with the viewer’s lived time. I believe, even though Lageira does not mention this at all, his chapter lays the foundations for an interesting debate about boredom at the centre of which we always find a simple discrepancy between two different and opposing experiences of time.

One more chapter I would like to highlight. The book is overall great, but I cannot describe it all. It would be an endless post. Worth mentioning, however, is the chapter Relectures postcoloniales by Emmanuelle Chérel. Colonialism changes a peoples’ experience of time. This is very often neglected in studies on post-/colonialism, as far as I can see. Chérel argues that post-/colonialism requires a redefinition of time and space, and quite rightly so. As I discovered in my own research on trauma, and as Chérel argues a little earlier in the chapter, the postcolonial period is not just a temporal marker in a history written by European powers. In effect, past and present always interact, especially in postcolonial times. The postcolonial is exactly where our idea of a linear historical time fails (which would bring me back to trauma here but I really need to finish this post!).

If you’re reading/speaking French, and you’re interested in the intersections of time and art, it’s certainly worth buying L’art contemporain, or getting it through your library. And you should keep an eye out for publications from this research group at ESSAB, just like I will do 🙂