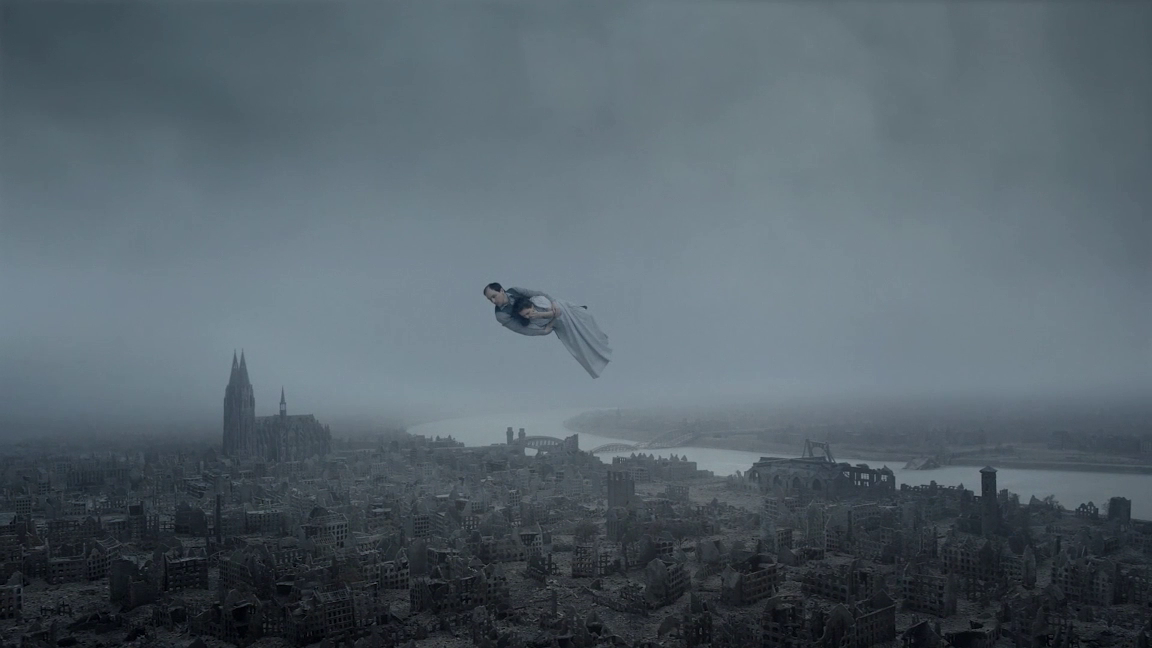 I’m unsure as to whether I could name a single living director, who speaks to me in a way Roy Andersson does at the moment. His films are absurd, they are morbid at times, funny at others. They have a specific artificiality to it, which is desired and, despite its apparent superficiality, goes deep. How can we understand this discrepancy?

Roy Andersson is the only director who, to me, expresses exactly what it means to be human. There is no other director I know of who manages this. Of course, Slow Cinema, in general, is a form of cinema that seeks to portray life as it is. But even though there are so many films, which, in their realistic approach, hurt, stun and wake up, it is perhaps also their realism that prevents them from showing reality. More and more directors turn to more realistic approaches – long-take photography, use of non-professional actors, documentary style. Andersson walks the opposite way. His films are staged, artificial, over the top, and yet… There is an astounding realism to his films that I find difficult to find elsewhere. It also feels like his last film (it pains me to say this). I don’t want to predict anything, but for some reason About Endlessness felt like a summary of his previous films, as well as like a summary of what it means to be human.

There were four elements that particularly struck me. There is a pastor, who suffers from recurring nightmares, nightmares of being crucified after having been chased through the streets. In his nightmare, he carries a cross, like Jesus. People beat him, flog him. He struggles to stay upright, struggles to carry his cross. There is a burden that weighs him down. It is not the cross. The cross is only a metaphor. The pastor sees a doctor, a psychologist, it seems. We learn that the pastor’s burden is his loss of faith. The nightmare, the images of being crucified, is the punishment he fears.

– It is my job to preach the words of God.
– Without believing in what you say. This is not a nice situation, I have to say.
– No. But, could it be that God effectively doesn’t exist at all then?
– No, this would be terrible. What would we then believe in?

There is no God after Auschwitz. Who said this? I cannot remember, but I do remember that it was an often-held opinion after 1945. The absolute faith in God collapsed and people were left with nothing, a literal hole in their belief. There was nothing that could replace God. It was our belief in general, our belief in us, in ourselves, in mankind, that was shaken. It was not only God that no longer seemed to exist. It was the belief as such that disappeared. Andersson’s pastor is the present condition, a condition in which we cannot find anything to hold on to. Not even to ourselves.

We only have our memories, memories of horror, of war, of destruction. There is a couple hovering over a destroyed city, looking down in disbelief. It is also there that we lost our faith. It is there where our faith is buried. Buried beneath the rubbles, buried with the dead. A disbelief as to what we are capable of doing to one another, as to what we are willing to do in order to impose ourselves on others. What About Endlessness shows is that we have reached a point of no return. Günther Anders would agree. Already in the 50s and 60s, he argued that we were traversing the very last period of revolution. We have developed to a point where we face total annihilation and this fear, this point of no return, has taken over our lives since Hiroshima and Nagasaki. According to Anders, this fear won’t subside until we have annihilated ourselves.

Andersson’s film is not so much a sequence of moving images, but a collection of tableaus. Each scene feels like a theatrical painting. Indeed, each scene feels like a theatre stage and a painting at the same time. There is something about the theatricality of life in each and every scene, about the theatricality of our behaviour, of our thinking. Andersson mixes scenes of memories past and scenes of present life. There is a magnificent scene in the film in which we see an endless line of prisoners-of-war on their way to Siberia. Snow, ice and strong wind abound. Defeat becomes the fabric of what we see. Limping soldiers, hanging their head in defeat and shame. As endless as this line of “enemies” is the shadow that this line is throwing into the future.

Can we see the shadow? We can feel it. We can feel its effects, its darkness that is constantly hovering above us. As a society, we can. But there is a risk that this shadow diminishes with each generation. I was reminded of Sergei Loznitsa’s Austerlitz (2016). I was reminded of the places of death and the visitors who seem to have no connection. History is abstract, even in places of death. I couldn’t help but think of this when Andersson’s film shifted from a scene which shows the preparation of an execution in war times to a scene in present times, people sitting on a terrace and enjoying a drink. A trio of young women arrive and begin to dance to the music that is audible from the inside of the bar. Carefree. There doesn’t seem to be a baggage on their shoulders. What happened in the previous scene is no longer present in the current scene. Literally speaking, of course. But also metaphorically: the memory of the dark times, it is gone. One says that it takes three generations before the darkness of times past subsides. Perhaps.

And yet, About Endlessness makes clear that nothing ever really subsides, because we have reached a permanent condition of small, often trivial problems, which nag us because we have lost our sense of what is really important in life, and a fear of this wide-open black hole, which has opened up as a result of our brutality: the black hole of our loss of faith. Is Andersson giving us a solution? No. About Endlessness, like the director’s previous films, merely state. They don’t solve or suggest. It is up to us, the viewers, to make something of it. What will we do?