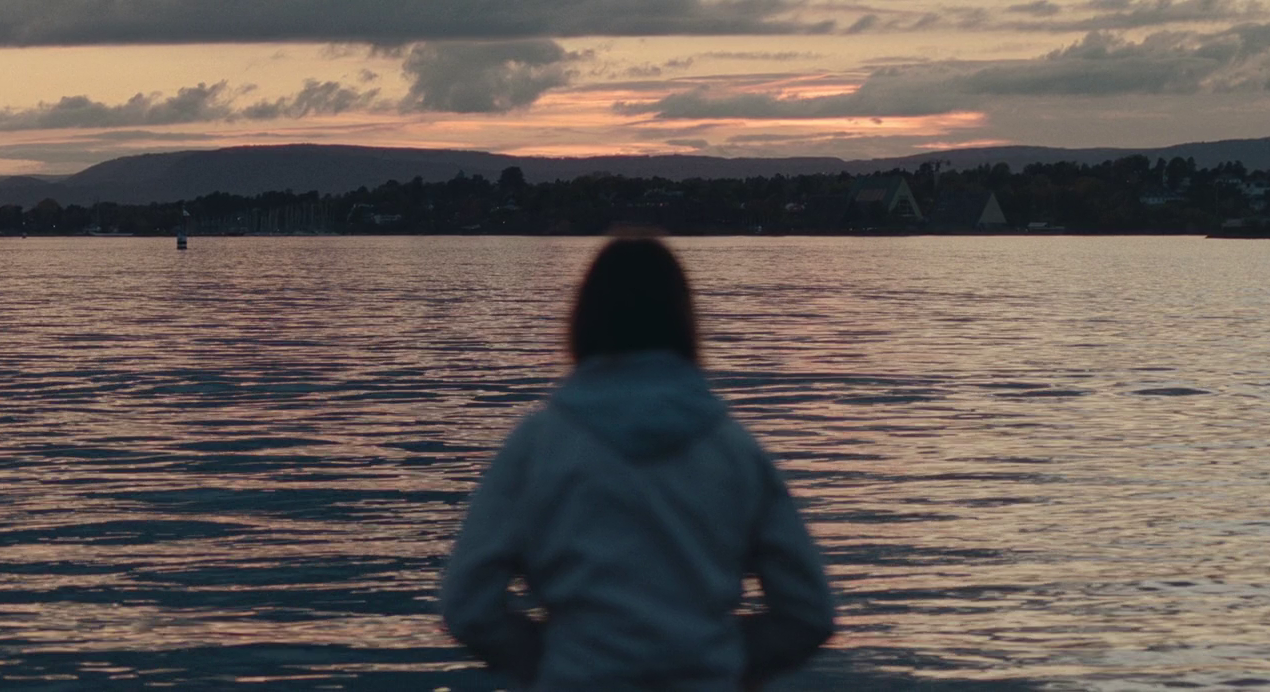 Disclaimer I: This article contains spoilers.

It may sound like a shy introduction to a local AA meeting. It’s everything but. It’s perhaps a justification for what follows. Perhaps it is a defence before I was even attacked. It’s the times we live in: you need constant justification for who you are, for what you do, for the decisions you take. This is not only true for us Millennials, but there is a specifically painful part to it because, as a generation, we feel fucked. And rightly so.

But let’s not get ourselves worked up already. I remember having seen Joachim Trier’s Oslo, 31 August (2011) a while back. The film destroyed me, perhaps specifically because of its subject. I saw the film shortly after I found drugs in my house and left my partner as a result. Oslo, 31 August is a film about a drug addict who struggles to stay clean. Perhaps, it wasn’t the best film to watch at the time, but I remember that there was so much more than drugs in this film. Joachim Trier drew such a human portrait of everybody in the film. It’s what I appreciate in Scandinavian films: their down-to-earth look at human relationships; friendship, marriage, affair, you name it. Susanne Bier comes to mind, another excellent director from Scandinavia. Or, yes, the film Nymphomaniac (2013) by Lars von Trier, whose film (granted: explicit) says so much more about the struggle of being a woman than it says about sex (regardless of what male critics want to read into it).

Trier’s Reprise (2006) also left me in tears. Maybe this is why I never tried to watch his other two films. The problem with his films is not that they’re cheesy and whiny. The issue is that they are real, and, much like Michaël Dudok de Wit’s animation The Red Turtle (2016), leave you shattered and in need of a big hug. Who has not felt the turtle!?

Joachim Trier, then, is a director who does not simply tell stories. He mirrors our life, our struggles, back to us. Watching his films is like watching ourselves, with all its up and downs. The worst person in the world is a film about us, us Millennials. It is about us women, about generational concepts of life, of memory and future.

Isn’t it amazing just how many opportunities we have today? We can do anything. We can go anywhere. We can be with whoever we want. We’re free of constraints, free of borders. The world is our oyster. Growing up in this more and more globalising world felt exciting. It made me, personally, want to grow up quicker so that I could finally enjoy all the advantages of being an adult in a globalised world.

Julia is much the same, with the slight difference that she isn’t so sure of growing up. But then again, what does ‘growing up’ actually mean to us nowadays? Does it mean getting older? We can do that. Does it mean finding a job and paying our taxes? Yeah, sure. Does it mean founding a family and buying a house? Well…

It all begins with a degree in medicine, which Julia pursues. But she gets bored with it and finds an interest in psychology. Voilà, a change of degree. It’s as easy as that. The first change, but not the last. Until a new opportunity, a new knee-jerk interest comes around, and Julia drops psychology for photography. Her mom tries to be supportive, but one cannot help seeing her confusion about all those changes that seem to give Julia only short-term joy without really filling her with contentment. (I changed my degree three times, too — from English and Journalism to English and Film & Media to Film & Media and French.)

And Julia’s real interest seems to be writing. Twice we come across her writing an article, mainly for herself because her head is full of ideas, and she needs to put them to paper. Of one text we know the title: “Oral sex in the age of #MeToo” — Aksel, her partner at the time, describes her article as “intellectual viagra”. Of the second text, we know little. Eivind, Julia’s partner after she left Aksel, finds her article in the paper recycling. He takes it out to read, and he’s moved by it. It’s about her family, or about a fictional family that resembles Julia’s. We don’t know, and we don’t need to know. What’s important is that she has a passion for writing, and that people love her writing. She works in a bookshop, in fact.

But something’s missing. Nothing seems to help her find stability. Her relationship with Aksel, a comic artist who’s 15 years older than her, wasn’t meant to be. He did warn her that he didn’t want to fall in love because they were in two different phases of their lives. He, in his 40s, was ready to have kids. She, about to turn 30, was still searching, treading a path whose destination she wasn’t sure of.

Aksel knew that this would bring problems, and yet he couldn’t let her go. He had to fall in love. He did fall in love, and it was the truest love he had ever felt for someone. No, this isn’t cheesy. This isn’t some script written to please the audience. Aksel is dying, and he reflects on his life. Aksel was always the quiet, settled guy, whereas Julia was the busy bee flying from one interesting thing to the next while at the same time wishing for all of this to stop, wishing for the one thing that stops this frantic search for stability and contentment.

The worst person isn’t a romance film. It’s a comment and a gesture towards all of us, we who are still searching. It’s a hand that is reaching out to us Millennial women in particular. At the core is the pressure of having to want children. Julia doesn’t know. She hasn’t arrived at a place yet where she can, at the very least, even think about this. “You’d make a great mother,” people tell her (can’t even recall any more how many times I have already heard this…). There is talk of kids everywhere; at Aksel’s parents’ she realises that she’s the outsider. She just wants to have a normal conversation. But she can’t find her place anywhere at all, and most certainly not in a group of people who all have children and speak about nothing else. To them, you become invisible, uninteresting, and selfish. I know the feeling.

When Julia and Aksel spend a day at her mother’s to celebrate Julia’s 30th birthday, Joachim Trier has us look at several family photographs, photographs of women in their 30s; women who, in their 30s, had already lived their lives, were married, had kids, had a job (later, after the progression of women’s rights). Where does Julia stand in this? She isn’t even remotely on the way, it seems. And these women in the photographs watch her every move and probably judge silently.

But perhaps, it’s all so much easier with Eivind, a man who doesn’t want kids. Who just wants to be. Who has neither plans, nor ambition. He’s laid-back about the future, even if he will serve customers their coffee for another couple of decades.

Is this really it?

There is a painful triangle present in The worst person. There is Aksel, the settled, successful comic artist who is ready to take the next step. There is Eivind, who is settled, but not really successful (depends on how you define it, really). He’s got a job, he’s got a flat, a girlfriend. All good. He doesn’t think about the future. Julia is in between the two, anxious to reach a state of stability. But what does stability even mean?

Julia feels like a supporting actress in heir own life. She laughs, she dances, she parties. She’s got a partner. And yet, something is missing. When she learns of Aksel’s terminal cancer and when her pregnancy test comes back positive, Trier’s film rips your heart out, kicks it like a football and hands it back to you at the end. If you were a person before the film, you may well turn into an emotional wreck by the time the credits are running. If you happen to be a woman in your thirties, you’re definitely in for a hard time, especially if you’re childless and don’t have the slightest clue of where you will even live in a year’s time.

Truth is: our immense freedom, the opportunities our parents and grandparents never had (perhaps never even dreamed of) — all of this comes at a cost. We have no structure, no “checkpoints”. We have a million fragments which we need to assemble so that our life resembles some order. In the meantime, we have the contradictory feeling of everything moving too fast and everything holding us back. Some people, like our partners, wait for us. If I see my husband and realise, just like Julia does, that I will be too late to give him what he dreams of, that I may be late for all the boxes previous generations ticked (and could tick) in their 20s, I sometimes wonder if I shouldn’t leave my very own Aksel, if only to allow him the chance of a classic family life with job, house and kids. I’m certain that I’m not alone in this. With freedom and opportunities come fragmentation and pressure, expectations you can’t fulfil, so you’ll never find your place. So many of us err around like Julia, and not only women do. This has ramifications on our mental health, on our choice of partners, of our choice of profession. It has ramifications on our quality of life. And even though quite a few people say that Millennials are spoiled brats, we are, in fact, in agony without anyone taking notice. Perhaps, The worst person can help to make this agony more visible.

I hear some people say that it would have been nice if the film had been made by a woman. I believe in the opposite. Unfortunately, women directors are still not as appreciated and acknowledged. Cue Toni Erdmann (2016) by Maren Ade. What a magnificent film was that? Everyone agreed, and it’s rare that critics shout in unison. But the film didn’t receive a single award at the Cannes Film Festival in 2016. Men have more visibility, more support. If they can help us tell our stories (and I mean our stories), then so be it. There is a force in Joachim Trier’s films that is rare nowadays.

I’d love to see this film again when I’m in my forties, when I’m Aksel’s age and can reflect upon my life as a Millennial, torn between grabbing opportunities when they arise and anxiously searching for some routine, some stability, and some sort of future that looks feasible. I’d love to see the film when, hopefully, we’re no longer jolted by major economical or political upheavals whenever we have reached a sort of control over our life and could be ready for the next step.

The worst person in the world is a must, even if it’s perhaps the most painful film you will see in a while.