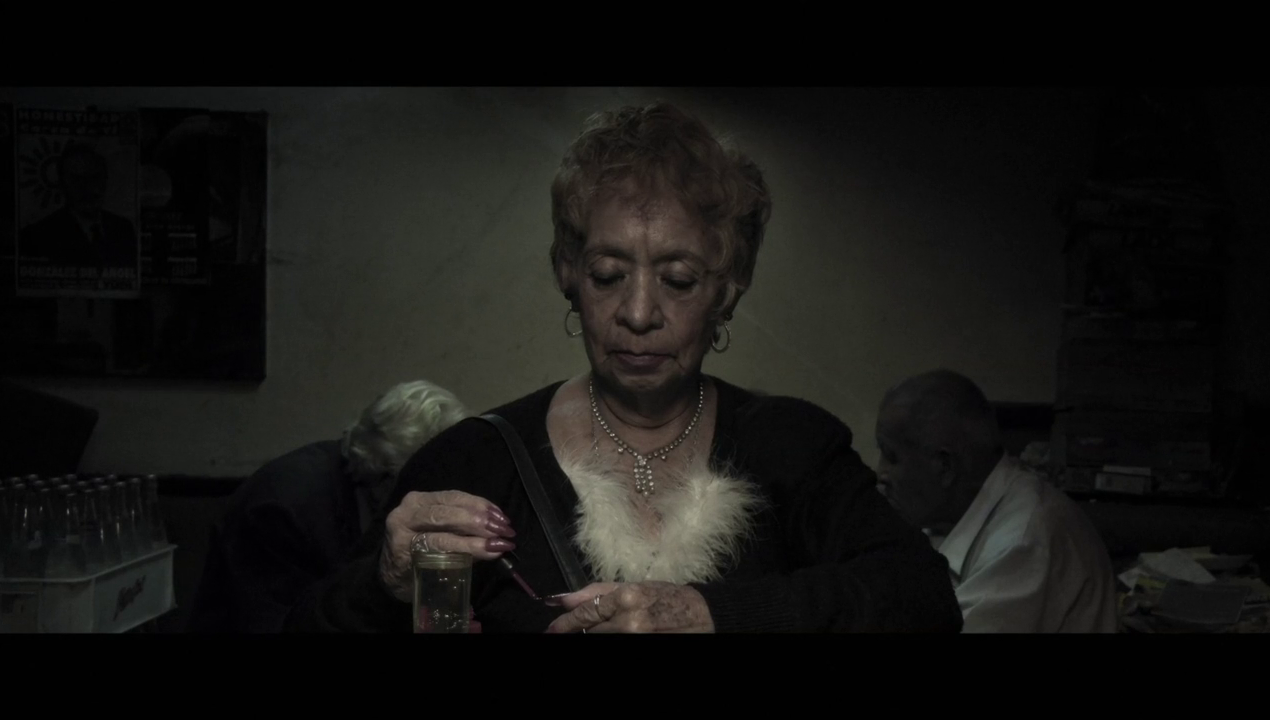 The last day in the life of an elderly man – this is the entire premise of Michel Lipkes’ wonderful debut feature. Once more, I have to bow to the sheer quality of Mexican slow films. There seems to be a real hub for it over there and I begin to wonder whether it would be good to study them separately, not so much as part of Slow Cinema, but as a specific form in Mexican cinema. Leaving the cinematic slowness behind for a second, and just see those films as an output of Mexican independent cinema.

Malaventura is a very meditative film. Lipkes has an eye for cinematic beauty in his shots, and the film is thus interspersed with wonderfully photographic frames, which are simply lovely to look at. They help to generate a contemplative atmosphere, to slow down the pace of the film, and thereby give the film a real feeling of its showing the last day of a man’s life. Several frames have a dark, and perhaps sinister nature to them. Some scenes certainly reminded me of Béla Tarr. In an extended scene shot in a local bar, several people are seen drinking and playing cards. A woman takes care of her finger nails. The very characteristic of this scene creates a mysterious feeling. Is what we see actually real, or is the old man merely imagining it?

Voice and sounds don’t fit the images we see. The shots have a certain grey tone to them. Smoke is hanging in the bar. The camera moves between faces of gambling men. The entire set-up is similar to those famous Béla Tarr pub scenes, especially those in Sátántangó

(2007). Indeed, the pub/bar scene in the latter is rather different, but you can definitely see a degree of influence of Tarr on Lipkes’ filmmaking. Perhaps this is a coincidence. Then again, Tarr seems to be everywhere. I think he’s been a huge influence on several directors I’m speaking about on this website.

In many scenes, the man, who appears small compared to the city’s vastness, is seen walking from one point to another. It is not clear at the beginning where he is going or whether he has a destination at all. I thought at the beginning that he was just walking. But he does actually walk to a very specific place, which becomes important at the end of the film. It is unclear what the man is really up to. It’s a clever way of constructing the film because the viewer is left wondering what it is that s/he is actually observing. First of all, the man seems to walk to an unknown destination, if he has one at all.

Then he is also seen in a park, selling balloons; a sad image, the small man in a long shot, the colours of the natural surrounding degraded in the editing processes, but the colours of the balloons in their full beauty. The contrast between the suffering, stooped, even almost lifeless man on a bench and the colourful balloons flying almost free above the man’s head, in the sky, a sky that promises freedom, is startling. Precisely because this is such a startling contrast, this was also my favourite shot. Lipkes certainly created a simple image with a lot of possible readings. There is nothing much you need to think about. It isn’t a complex image. It doesn’t appeal to the intellectual mind. It just wants you to see what’s there.

Lipkes’ film is rather short. With only 67 minutes it is one of the shorter slow films I have mentioned so far. But this is, I have to say, it’s strength. Lipkes has used those 67 minutes to create a very strong portrait of a dying man, going about his seemingly daily life. It is an even more astonishing work because it is a debut feature. I’m sure that Lipkes has a promising future ahead of him. I’m looking forward to his next film!