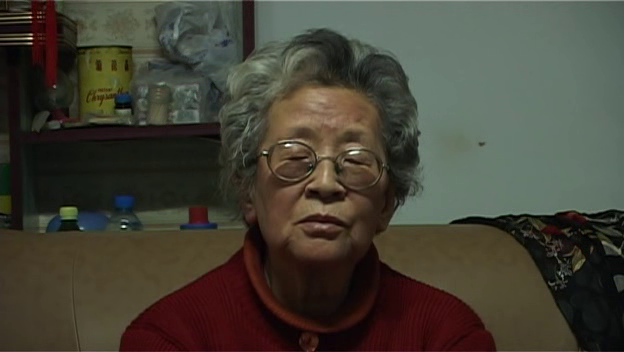 It must have been a year or two that I watched my very first Wang Bing film. Stupidly enough, I chose The Ditch, a feature film which I know wasn’t really his thing. It was a good film, but didn’t quite give me a sense of the director’s brilliance. Now that I have more time for actual film viewing beyond PhD research, I’d like to return to Wang Bing’s oeuvre because I’m aware that there’s plenty to see there, not only in terms of the number of films he has directed. I mean that in terms of content as well.

Fengming, a Chinese memoir had been on my list since the PhD. I knew that it was a three-hour interview with a woman who had survived a labour camp under Mao. I thought I could bring it together with my work on “the concentrationary” in Lav Diaz’s films, but I could never make it work. Now I have a clear mind and a new angle from which I’d like to see the film. So I returned to it last week and was taken by it. Parts of Fengming’s testimony became, in effect, The Ditch, an almost word-for-word translation of her testimony into a feature film. I haven’t read up on why the director choose to do so. I don’t think he has done it with his other documentaries. This one stands out because Fengming is not just a documentary, not just a testimony on screen. It has taken on a life beyond that and unraveled as a feature film three years later.

In some ways, perhaps, his feature film might draw in more people because there is, quite obviously, more happening, even though it is nevertheless a rather slow and austere film. Fengming, on the other hand, is quite a difficult film to sit through. It is an exercise in listening, something I believe we have forgotten but something that is so vital when it comes to testimony. Wang Bing doesn’t try to hide the nature of testimony. He’s aware that it usually comes in all details. Fengming starts by saying “I should start at the beginning”, and so she does. She not only tells us about her experience in the labour camp under Mao, but also explains the conditions that have led to her imprisonment. With this, the film makes explicitly clear that in order to prevent those things from happening again, it is not enough to know only about the actual atrocities. It is important to know how these things came into place in the first place, how they could happen, what the societal and political structures were like at the time. Only then can we draw comparisons to similar situations happening nowadays.

Wang Bing sets up his camera in Fengming’s living room without ever moving it. There are few and rare changes in shot distance, ie he shifts from a medium shot to a medium close-up, but he keeps to to the bare minimum. And because he does so, and because there is little relation between the shift in shot distance and what Fengming says (as is generally the case in popular cinema where shifts in shot distance are a cue for something important), these shifts function as ruptures. They’re startling. I couldn’t figure out why Wang Bing initiated those shifts. Maybe I shouldn’t have tried to figure it out either. But I believe that they disrupt the actual viewing of a testimony in progress.

From the beginning, Wang Bing sets out to record a testimony without interfering in the actual process. During the process, the daylight faded, and so does Fengming’s face. It is only after quite some time that Wang Bing asks Fengming to turn on the light. If Fengming needs to go to the bathroom, she does so, all while the camera keeps rolling. If the phone rings (or a door bell?), then Fengming leaves the room to check. Again, all while the camera keeps rolling. It looks and feels very natural, until the director cuts…either away from Fengming or in order to change the shot distance. It could easily be because of technical constraints, but I think Wang Bing is working in digital, so the length of film at least should not have confined him to shooting for only ten minutes.

Fengming isn’t an easy film. It requires you to sit for three hours and listen to a single person. It could as well be an audio book, and I would be inclined to say that people would find an audio version of the film much easier because they can do other things while listening to Fengming. But this isn’t really the point. This isn’t the point of testimony. There needs to be a listener present for testimony to be help- and useful. With “present”, I mean physically and mentally present. There is a screen between Fengming and us, but if we sit down with her, I see us as taking part in her testimony. We have a responsibility to listen, to be there to take part in this process of remembering and keeping it alive for future generations.

There is obviously more to say about the film. Plenty more, which is perhaps surprising given that it’s so austere. But I’m developing an article at the moment and don’t want to go into too much detail here right now. More will follow soon!