Skip to content
The Arts of (Slow) Cinema it's very important to make the film a real psychological process. (Béla Tarr)
Interviews 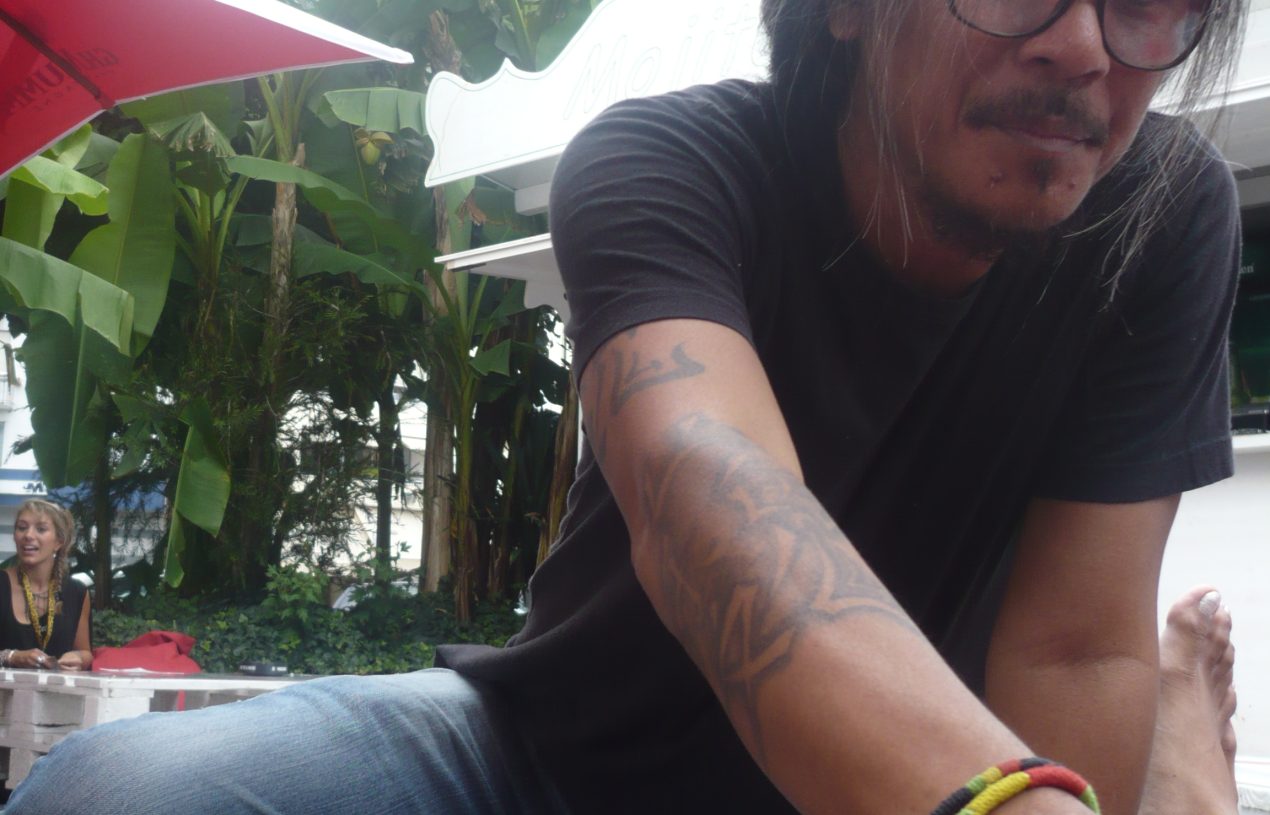 Guernica magazine has published my interview with Lav Diaz today, which I conducted in November 2015 during the retrospective of his work at Jeu de Paume (and later the the Cinematek in Brussels). Here’s an extract of it. You can read the full interview on their website. Happy reading!

Guernica: What was the social and political situation in the Philippines at that time?

Lav Diaz: There is an extension to what happened during the war, when the Japanese rampaged us for four years. The Filipino guerrillas became the core movement: [during WWII] they were called Hukbalahap, the Philippine Army against the Japanese. The communist movement in the country started with the Hukbalahap right after the war. They were called Huks. Then we were under the American system. They gave us this so-called independence in 1946, but we were still part of the Commonwealth of America then. We were part of their imperialist movement.

Guernica: Did you witness any of those communist fights?

Lav Diaz: Not in our [region]. My father was a socialist, but he didn’t join the armed struggle. He was more into the cultural part—education, he focused on that. He didn’t want any violence, so he volunteered there to educate the indigenous people. It was actually very blissful in that area until the fight between Muslims, Christians, and the military in the late 1960s. Although there was this stark poverty and struggle, it was idyllic before then. Education was the center of everything. People were trying to help each other. Roads were being built in the area.

I was growing up in this barrio when martial law was declared.

Guernica: Mindanao has appeared in your films—for instance in From What Is Before. Do you have any specific memories of your life there?

Lav Diaz: Everything that you see there is from Mindanao. From What Is Before—you know, the shoot was hard. But the writing, the creation of the characters, the situations—it’s all from memory. It’s a composition of so many characters, from my parents, from my youth. I just put them together and created a narrative around them. It’s easy to create a narrative for me, because I really know the characters, the locale.

Read the full interview on the website of Guernica Magazine.