Skip to content
The Arts of (Slow) Cinema it's very important to make the film a real psychological process. (Béla Tarr)
Films Uncategorized 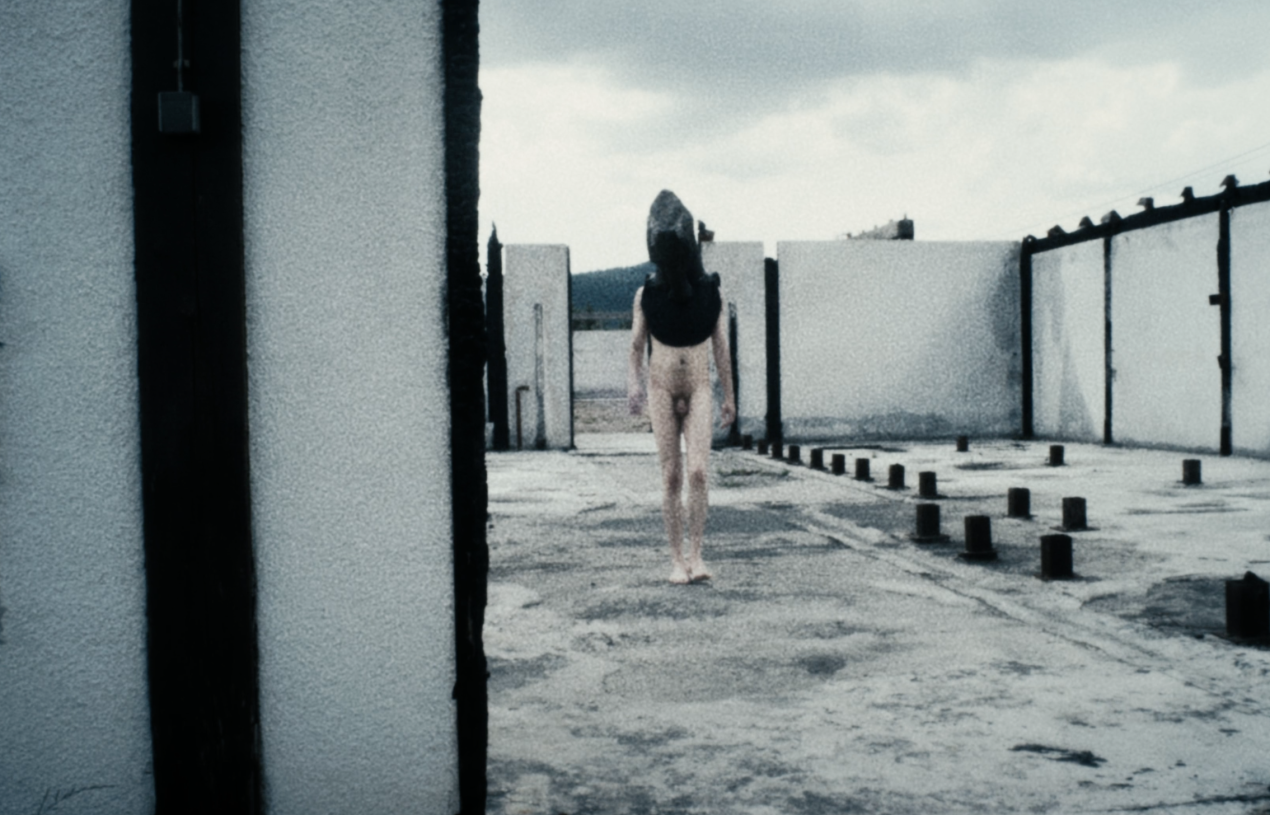 I rarely come across a film, which stuns me through its very first frame. The minute Aleksandra Niemczyk’s film Centaur opened, I couldn’t take my eyes off it anymore. Was it the character, the half man, half horse figure which walked towards me? Or was it the ice cold aesthetic and colour which characterised the frame? Maybe it was both. I just knew that I had found a real gem in the field of slow film, and I will try my very best to get this film on board The Art(s) of Slow Cinema VoD, which will go live in January 2017.

Niemczyk, a student at Béla Tarr’s film.factory, is more than just a filmmaker, and this is perfectly visible in Centaur. She is a painter. Filmmaking is only a part of her work, but as far as I could see, she combines the two parts. The visuals of Centaur are stunning. Almost every frame is a beauty. It’s one of those things which made my photographer heart open up again. It smiled, and smiled, and it couldn’t stop smiling and admiring Niemczyk’s framing until the very end.

But let me tell you something about the content of the film first before I lose myself in admiration of the film in its entirety. Centaur is a film about a love which is challenged, a love between a woman and her husband whose mobility is greatly reduced due to polio. She is much younger than he is, which reminded me of Tarr’s last film The Turin Horse (2011), in which a daughter repeatedly dresses her father because he is too old, too fragile and not mobile enough to do it himself. There is something of that in Centaur until we realise that the two protagonists are married.

Alma and Vlado are one, but what differs between them is how they handle the challenge. Alma cares for her husband every day. She washes him, she helps him out of bed, she does everything. Vlado, on the other hand, is losing patience with himself. He can no longer bare his wife seeing him like this and having to support him in such a way. One can feel that it humiliates him, when he sits in the bathtub and refuses to be washed by his wife. The clash between the two – Alma is hurt by Vlado’s refusal to let her care for him – is visually reinforced, easily – perhaps too easily – but beautifully when Alma leaves the bathroom and enters another room just next door.

The light, the colour – everything fits there. And it doesn’t even feel as though it’s overdone. There is another striking scene in which Vlado makes his way along a long balcony. He sits on one chair and uses another to lift his body onto it. It is a painful scene, and a painfully long scene, not only for the viewer. The almost endless way of Vlado while, on the other side of the small wall which separates the balcony from freefall, an elderly woman, possibly retired, watches him the entire time from her window. One wonders what she is thinking. One wonders why she doesn’t offer to help. Maybe she has offered to help already, but her help had been refused just as Alma’s has been refused before.

What is Vlado’s goal? We get the feeling that he wants to give up. He’s tired of living like this, without any improvement in sight. But what have his dreams got to do with his situation? Vlado dreams of a figure half horse, half man. The interesting things is that this centaur is the opposite of the centaurs we know from Greek mythology. The centaur in Vlado’s dream has a horse-shaped rather than a human head. I’m not trying to interpret this, but I find it interesting that Niemczyk uses this symbol and changes it ever so slightly.

The film is “only” forty minutes long, but it contains a lot of visual and narrative material which keeps you thinking for a while. I watched the film as part of last week’s Slow Cinema No 2, a follow-up event to the Slow Cinema symposium which took place in April in London. It’s been almost a week and I cannot forget the first image of the film. It really stays with you. Niemczyk has created an open film, a film which doesn’t end when the credits roll. It continues way beyond this. It has its own life, perhaps like that of Greek mythology. It evolves and develops in your mind. It is as though Centaur was the beginning of a domino effect. The film does something to me, and I’m not sure what it is. Maybe it is time to return to Luke Hockley’s Somatic Cinema and his theory of the “third image” in order to tackle what’s going on in my head.