Adam’s Passion, or What is cinema? 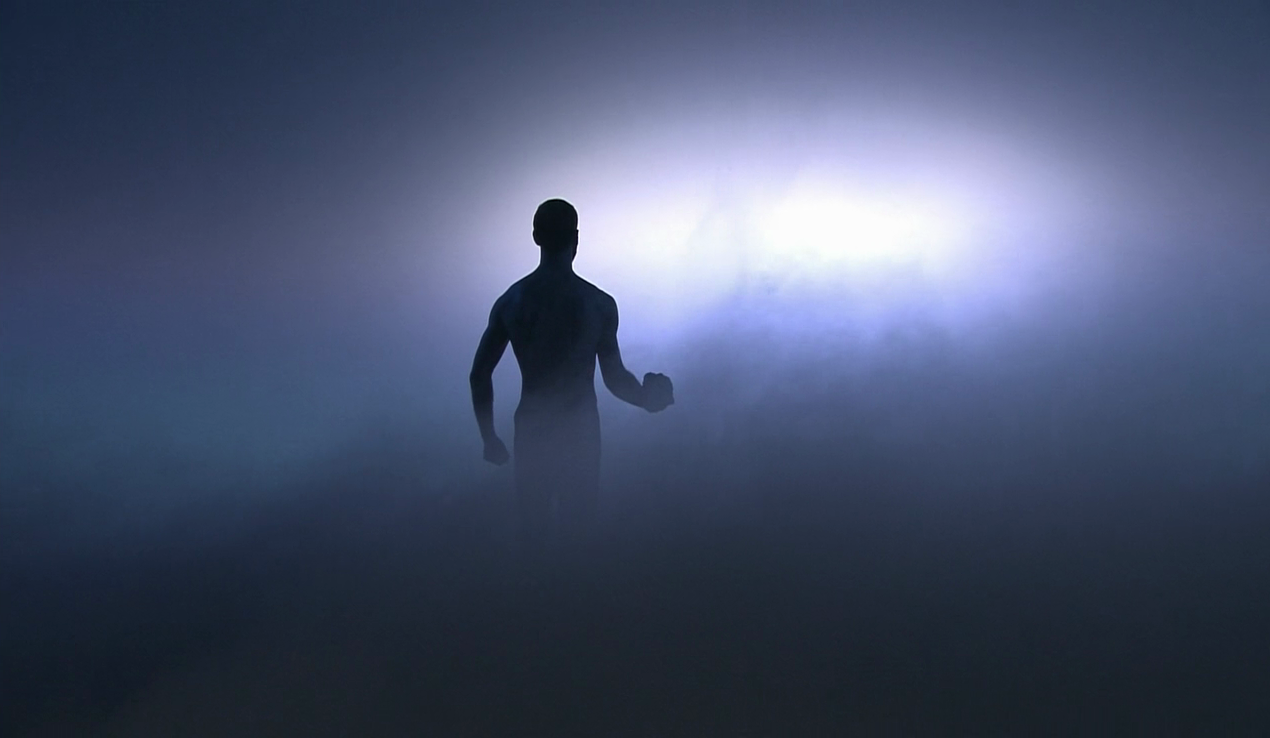 I can’t remember anymore in which context I saw the trailer for Adam’s Passion, a performance with music by Estonian composer Arvo Pärt and stage design by American Robert Wilson. The performance was advertised in German papers as a slow-motion performance, and after I saw the beautiful (!!!) trailer, I gave it a try. First of all, I must recommend it. It’s wonderful to look at. It’s also powerful, meaningful, and even though it’s slow, it’s very engaging.

Now, while watching Adam’s Passion, in particular the beginning when Adam (presumably) moves ever so slowly towards a tree branch (it takes him half an hour to do so!), I began to wonder what difference there was between was I was seeing right there and what I am currently watching for tao films, for instance. In effect, Adam’s Passion has, movement-wise, a lot in common with Tsai Ming-liang’s Walker series. In the context of acting in Lav Diaz’s films, for instance, one often mentions the term “performance”, perhaps because of the films’ lengths.

I have absolutely no idea where I’m going with this, and I could easily write utter nonsense. Yet considering the nature of Adam’s Passion I need to ask the famous Bazanian question: What is cinema? Very often, it is described in terms of motion. This is perhaps the only thing that sets cinema off still photography. Cinema is moving, it’s moving images. But what is theatre? What is a stage play? I’m sure there are exceptions, but I’m convinced that theatre is motion, too. Scenes are changing; actors and actresses may change their costumes; there is dialogue. Bodies move, the audience moves. Especially nowadays, the border between cinema and theatre is fluid when cinema houses broadcast theatre plays, which means there is at least one camera present during the play.

Except for the few shots where I could see the stage and the audience, there was absolutely no difference between a slow film and Adam’s Passion. Besides, it also had this certain something which only slow films create inside me (and which I still can’t describe). Combined with the stunning music of Arvo Pärt of whom I’m a great fan (although I try not to listen to him too often anymore because it depresses me – in a good way tho!), the performance appeared like an experimental film. This, I’m sure, was facilitated by the work of Robert Wilson, whose stage design was magnificent, and, indeed, cinematic.

It reminded me on the famous description of cinema as “painting with light”. Can’t remember from the top of my head who referred to cinema in this way. In a way, Wilson did this with Adam’s Passion but on a stage. Isn’t a film set a stage?

I have long compared slow films to painting, pointing out that in classic Slow Cinema the camera is static and there is little to no movement in any given scene. Apart from those slight movements, there is no difference between painting, photography and slow film. Which is why I believe that many slow films should be shown in museums and galleries instead of in cinemas. The screening location sets expectations, and the cinema house raises the wrong expectations so that viewers get frustrated. The same viewers would have less problems sitting through a slow film while in a gallery, simply because the setting raises different expectations. Stasis and slowness are perfectly acceptable in galleries, and, I believe, also in theatres.

In some ways, painting, photography and cinema are not the only three art forms where boundaries are blurred. Adam’s Passion made me see that theatre plays a big role in this, too. Or can do. It very much depends on how it is done, I suppose. And is Adam’s Passion even a theatre play? This performance posed so many questions I don’t have answers for. But the biggest question of all was “What is cinema?” I challenge the notion that cinema is movement, recorded by a video camera. Cinema is not a recorded scene with actors and actresses, and scene changes. It is not “painting with light”. All of this is Adam’s Passion, but no one would describe it as a film. I wonder whether it might not be time to rethink our definitions of the art forms we think we are critics of. Or, perhaps, all of these art forms are just one. It is art, so does the distinction between them, if there is any, even matter?