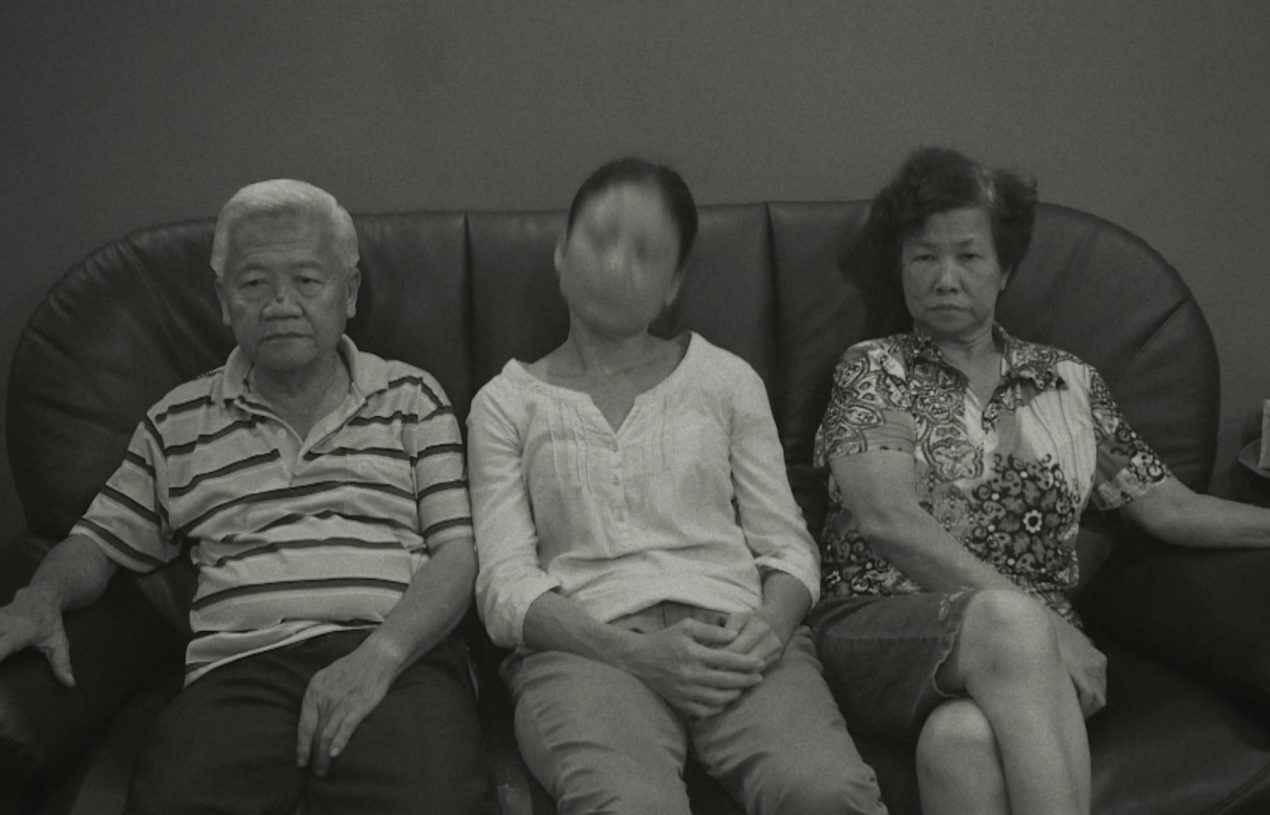 Their remaining journey… My journey. Your journey. Our journey. John Clang’s debut feature is one of those films that won’t let me go for a while. It might have taught be something. Perhaps. What is certain, though, is that the film has touched me deeply because it came at a time when I myself struggle with this journey Clang represents in Their Remaining Journey.

A week before Christmas, my father-in-law died after a long, painful battle with ALS, an incurable disease that puts a strain on everyone. His death came as a shock, but also as a relief. After three-and-a-half years of suffering, he could finally rest in peace. Life became a chore, death meant peace. He was only 59. That said, since he passed away, I’ve seen him several times. He appears in some situations, but not in others. I have never experienced this before, and this isn’t the first death in the family. But in this case, death must have struck a particular cord and it’s not easy to shake it off.

With that in mind, Clang’s magnificent debut was not always an easy watch. It’s not a film that you watch and forget. It’s not a film that contains flat images and a few spoken words. It’s a film that really speaks to you, a film that makes grief, in particular, palpable. It is a film about fear, frustration, despair, love, life. It blurs the lines between what is and what isn’t, between reality and imagination. Clang follows three main characters/families, who – each in their own way – deal with the loss (or the feared loss) of a loved one. There is a sense of pain apparent throughout the film.

Clang, a visual artist who made this powerful film his debut feature, is careful in his observation of grief and the interconnectedness of life and death. He takes his time, without over-stretching it. And yet, the film feels almost like slow-motion, despite the frequent use of quick cuts or even timelapse at various points. It’s the idea of life after death being slower. Grief and its seven associated stages deplete your energy. They exhaust you, tire you out. Sleep is essential, depression is not unusual. What happens is a change in our perception of time, very similar to what happens after a traumatic event. That said, death is traumatic for those who remain behind…

Their Remaining Journey often reminded me of the works of Lav Diaz. Clang allows his characters to develop. Nothing much happens in the film, nothing on the outside. The flat images on the screen, characterised as they are by a theme-enhancing monochrome grey, don’t say much. The first reading of the film is limited, simple. It was, I believe, Luis Rocha Antunes in his book The Multisensory Film Experience, who opposed the famous adage “the medium is the message” and instead suggested that it is the experience that is the message. That in turn brings me, once more, to Luke Hockley’s Somatic Cinema and the argument that there are (or can be) three layers of meaning in films. To me, not all films are as complex. However, Clang’s investigation of death – its aftermath or its potentiality – fits very much into a list of films that invite a experiential approach to understanding the director’s work.

It is not the chain of images that is important, albeit Clang demonstrates a very good eye for getting to the bottom of the subject he attempts to explore. What the director makes possible is an experience. It is a film that is felt rather than simply seen. It is felt even more so when you have recently lost a loved one and you’re in the midsts of grieving. What makes the film more experiential than others is, first of all, the time spent on the subject. With a running time of one hour forty, the film is not particularly long. But Clang doesn’t do much to drive the narrative forward. Their Remaining Journey is a vertical film. It doesn’t develop much horizontally (on the axis of narrative progression), because it puts almost everything into the exploration of psychology, which is the vertical axis (as I have demonstrated in previous blog posts and my PhD thesis).

The viewer’s journey is a vertical one. And so it might be for the dead. Is a horizontal progression possible after death, or is vertical the only direction left? I believe that Clang answers this question beautifully. The director goes deep, explores our minds, our expectations, our naked fears. He does so by confronting us with ourselves, by holding up a mirror and by asking us to take a journey…a journey with our loved ones, a journey with ourselves, to the depth of our feelings.