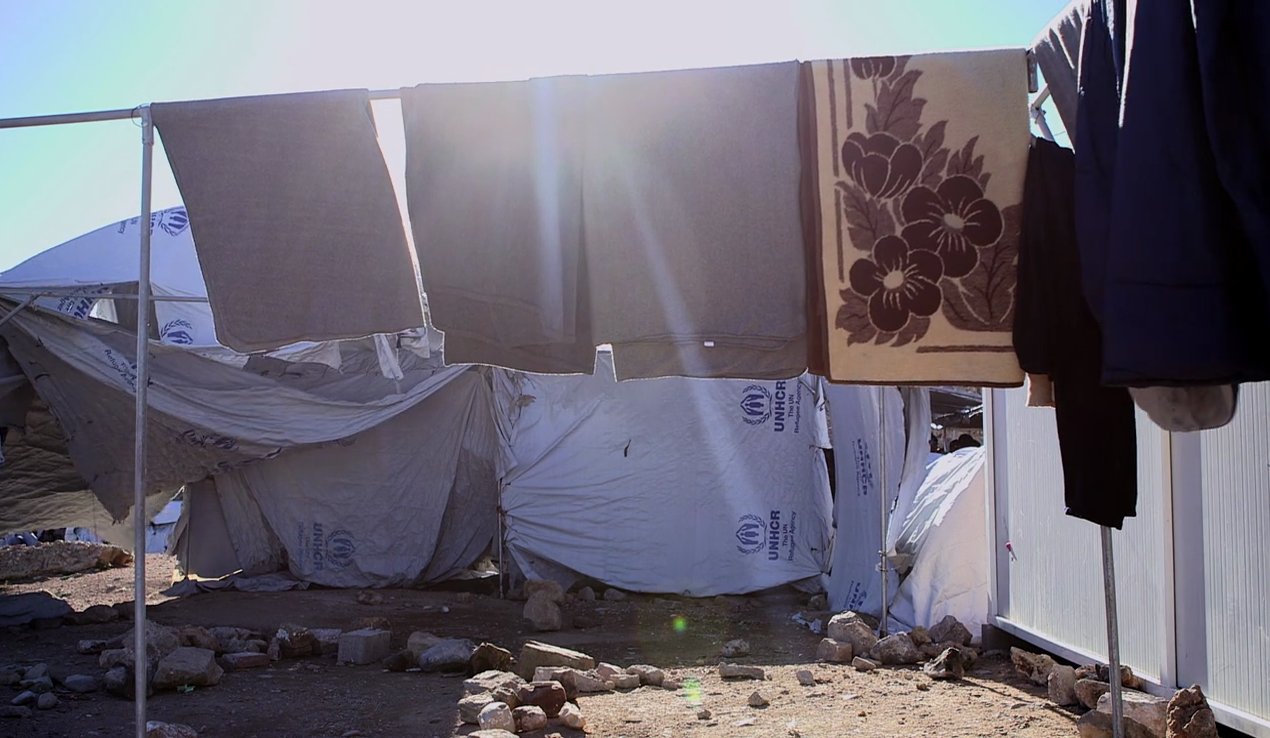 “It is said that man has always wandered. Out of need or curiosity, across deserts and oceans.”

This is how the new feature film by Danish director Sebastian Cordes begins. After his Bolivia-set A Place Called Lloyd, which is currently running on tao films for free, Cordes took a journey to the island of Chios, Greece. As he states at the beginning of his film, the years 2015 and 2016 were seminal in the European consciousness. Indeed, they were. They will remain with us for years to come, perhaps especially for me as I’m originally from Germany and my country was the only one that had heart enough to open the borders. The German chancellor paid dearly for this, politically, which is still difficult for me to grasp. You don’t have to agree with a politician, but you can agree with another human being on helping other people to find refuge, people who flee from war, from certain death, people who have lost their home, possibly even their entire family.

This background represents the core of Cordes’ Visitor. Set on the island of Chios, the director films life on the island as it is, an obscure parallel world of normality for the local population and an extraordinary world for those who have landed in Chios, “where Turkey is always at the horizon”. A static low level shot that shows a police car on the right hand side and the raging sea on the left opens the film visually. The shot sets the tone of the film. Its emptiness, its anonymity, is something that will return over and over again throughout Visitor. The raging wind, too, is always present, right at your ears, in the weeks before Christmas. Not much later, there is a poignant shot of a stone wall. A very simple shot. There is nothing beautiful about it. It is a wall, nothing more, nothing less. Water flows underneath it. The waves push the water onto the land, right underneath the wall. “No borders” – this is what’s written on this stone wall, stone, which stands for harshness, hardness, durability, for a definite attempt to keep other people out of your territory. It is this phrase that dismantles the wall. Two words: No borders.

Visitor is an observational documentary. It is self-reflexive. It is contemplating itself and what is happening around it. Time and again, Cordes cuts to a black screen and makes us think about who we are. Visitor poses the question of who the visitor is which Cordes names in the film’s title. First of all, the viewer is at all times aware of the director’s presence. He’s got a shadowy presence in one shot. In another, we can see (parts of) him at a restaurant. Cordes doesn’t hide his presence. He’s the visitor, he’s the person whose “body is blue eyes white skin”. He’s the one who shoots the footage, who assembles it and who tells the story of life on Chios. But this isn’t the whole truth, the full meaning of the title. What are the refugees Cordes is, except for the very end, filming only from the distance, the refugees who have an absent presence, an almost haunting presence throughout the film’s running time of just over an hour?

One of the defining responses to the refugee crises in Europe was that countries expected the refugees to keep moving on. No country wanted to shelter them permanently. The response, not new at all, sadly, is at the core of Anna Seghers’ novel Transit, which is set in Marseille just after German troops have invaded France. Transit painfully shows that the whole idea of giving refuge to someone is to help him or her to move somewhere else. The novel is a representation of the inhumane treatment of those who flee from persecution. It is all encapsulated in the attempt of getting a visa to stay in Marseille: you can only stay if you prove that you’re leaving again. The situation Europe faced in 2015 did not change anything in our response to something we had seen and dealt with before. Cordes’ film title makes a point, a point that you might not see at first because you consider the director as the only visitor present in the film. But Visitor also speaks of the “visiting” refugees, of temporary shelters, temporary safety, and the expectations that they just move on. It doesn’t matter where to, as long as they do not stay in “our” country.

Poignantly enough, Cordes includes a shot of the shopping window of a transit ship agency. Transit – keep moving, keep moving. Don’t stay, don’t stop. There are shots of the open sea interspersed with more static and empty shots; a contrast which Cordes creates deliberately. The raging sea, the wind in our ears – this is it, this is movement, this is a continuous forward movement. But where should those people go if no country wants them?

“My body is not the capsized boat in the open sea, the stillness when the sea again falls still.”

Voice-over parts like those cut through the narrative like a sharp knife. While at the beginning, the question could be whose body the voice-over speaks of, it becomes inevitably clear in the course of the film that this body is our body. Cordes not only speaks of himself here. This has a larger, a more wide-ranging meaning. He tells the story of those who died, those who suffered on their way to a hoped-for refuge. He tells the story of who we are not, because we are the “blue eyes white skin”. We are the privileged, those who look at refugees from a safe distance, possibly sitting in front of our telly on a sofa, with the radiator on full blow so that we don’t get cold.

Visitor becomes a real force towards the end, really bringing home the idea of visiting, the idea of repetition, in particular when the director speaks to an old woman who was aged 5 in 1940 when she suffered from hunger and cold, just like the refugees do now as a result of war. History repeats itself. History doesn’t move forward in a linear fashion. History is an eternal circle of repetitions. What has been, will be again. What we have seen in the past, we will see again in future. The only question is when. But there seems to be little doubt about the actual occurrence. And yet, with this rather bleak feeling that I had at the end of Visitor, Cordes did something. He added hope. Two refugee children making faces for the camera, laughing, playing around. There it is, this hope that I had been missing throughout the film. There it is, in the face of children who have been through so much, who have, in some cases, seen more than one of us does in his/her entire life. But hope is not lost, Cordes tells us, which makes Visitor an important film to see this year.