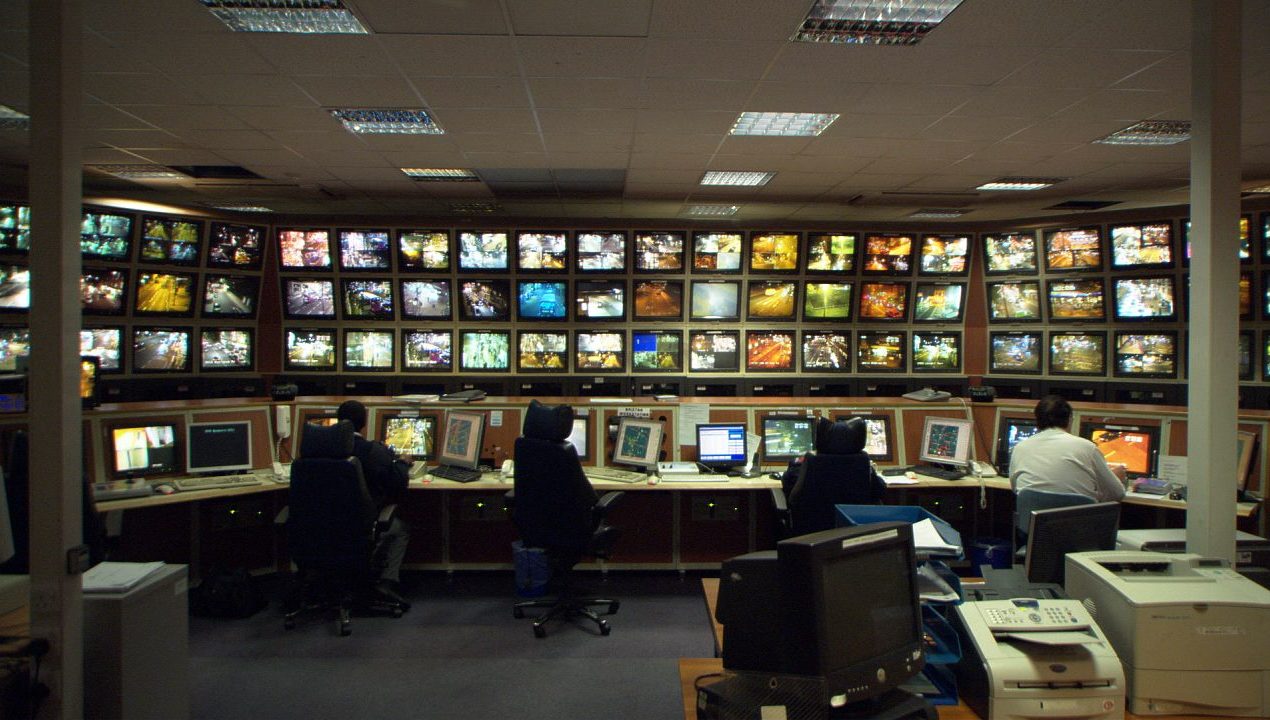 The first time I came across the work of Nikolaus Geyrhalter was when I watched his absolutely superb Homo Sapiens, which was so rich, so affective and so beautiful that I had always wanted to explore the director’s work in more detail. The opportunity comes at the right time because Icarus Films released a DVD Box set with six of Geyrhalter’s films, including, of course, Homo Sapiens. For The Art(s) of Slow Cinema, I will review each one of those films, looking forward, in particular, to his long-form documentaries Elsewhere and Over The Years, whose running time exceed three hours. Abendland, the film I watched last night, is one of Geyrhalter’s shorter works, and, in some ways, foreshadows his later film Homo Sapiens in its subject treatment.

Homo Sapiens focuses on run down buildings, places, structures. It shows the remnants of us, of our lives, the remnants of our ever-present desire to strive for higher only in order to fall low. Homo Sapiens is a film that, to me, shows what we humans will leave behind on this planet. Neglect, abandonment and decay are three dominating visual characteristics that, in Geyrhalter’s breathtaking framing, leaves one in awe – in awe of the sheer beauty of ruins, but also in awe of the incredible waste, the waste of human labour, of resources, of dreams and desires. Homo Sapiens could be a look into a future that is yet to come.

Abendland, on the other hand, brings the human, who is, ironically, absent from Homo Sapiens, the film that actually deals with him most explicitly, back into frame. Abendland is the German term for “the West”. It’s where the sun sets and where the night, where obscurity reigns. It’s a traditional description, a traditional belief, something that divided the world in two; east and west, Abendland and Morgenland, sunset and sunrise. Geyrhalter’s Abendland is, as the film title might suggest, set entirely at night. It begins with a high angle shot of a surveillance camera, which is launched from van. The cam is moved by a man inside the van, a man from Eastern Europe, who looks out for possible trespassing. The film is from 2011, but it hasn’t lost its topicality in the last seven years. On the contrary, Abendland contains several scenes that refer to migration, asylum seekers, refugees. The film takes on another dimension in these days, when our continent as a whole struggles to contain rising nationalism and exclusion while facing an influx of people who seek shelter from autocratic and oppressive governments and societies.

We are in a Roma camp in Eastern Europe that is scheduled to be dismantled. 39 families will be moved to other camps. At night, a man, holding a list of names in his hands, tells everyone when the bus would pick him/her up. The concern for the possibility of families staying together is prominent; will I be able to go with my parents? Where will my grandfather stay? If he gets picked up on Saturday, why am I going to be picked up a day later? There is little space for individual concerns. The directive is clear: clear the camp and send the bulldozers in. It reminds one of the jungle in Calais. It puts on screen what the new Italian government is planning: the deportation of “illegal” Romas, and I put illegal in quotation marks because the term has become an easy excuse for politicians who simply want to rid themselves of foreigners. The discussion of the transport of the 39 families is followed by a long shot of the destroyed camp. Fire, smoke, ruins. What has happened to the families, no one knows.

We are patrolling a border fence around Ceuta with the Spanish Guardia Civil, who look for illegal migrants. We are with the British police, steering mobile CCTV cameras in order to observe the nightlife of people. Zoom in on a “troublemaker”, a man in a wheelchair; zoom in on a black man waiting for someone; zoom in on a heated conversation between three men on a bench. The sheer number of cameras that observe people is stunning. It is a visual manifestation of our addiction to technology, to cameras, to surveillance, to presumed, but false safety. It is an image that makes one think of possible abuse, the loss of privacy in societies that have become more and more paranoid in recent years. The night, the obscurity that surrounds us, doesn’t help the paranoia.

We are in an asylum seeker camp in Germany. A woman tells a man from Lagos that he’s got two choices after his request had been rejected. Either he begins a life in Germany, illegally, sleeping in the streets, running from the police, or returning voluntarily to Lagos as a man with dignity. She says, “You might want to go back and start a business and be successful.” The irony. Or is it sarcasm? Or is she – sorry for my language – just taking the piss? And all of this is juxtaposed with the other side of nightlife in the so-called Abendland. The other side of the coin, the side of excess at Munich’s Oktoberfest, for example, which seems like a parallel world, far removed from helpless asylum seekers, from a group of elderlies being looked after at a care home, removed from premature babies fighting for their lives. The differences are stark, brutal, thought-provoking.

In that way, Abendland is a mirror image of our society. With the help of simple shots, but suggestive juxtapositions, Geyrhalter poses important questions. The film shows us the multiple, often contradictory, faces of society, of life, of a life that continues when most people sleep. In his superb book La Nuit, Michael Foessel describes the night as a possibility of live without a witness that observes you. Geyrhalter has become this witness, and so have we. We witness complex worlds, opposing universes, personal limits and political concerns. There is the care for our own and the rejection of the other. There is an exclusive joy for us, and a struggle put on the shoulders of others. There is a fence, a border, a solid frontier between us and them. Abendland might have been made seven years ago, but what we see is as true as seven years ago, and makes for an eye-opening watch.

(Check the official site of Icarus Film for more details about the DVD Box set and how to order it.)

Present. Past. – The Cinema of Lav Diaz