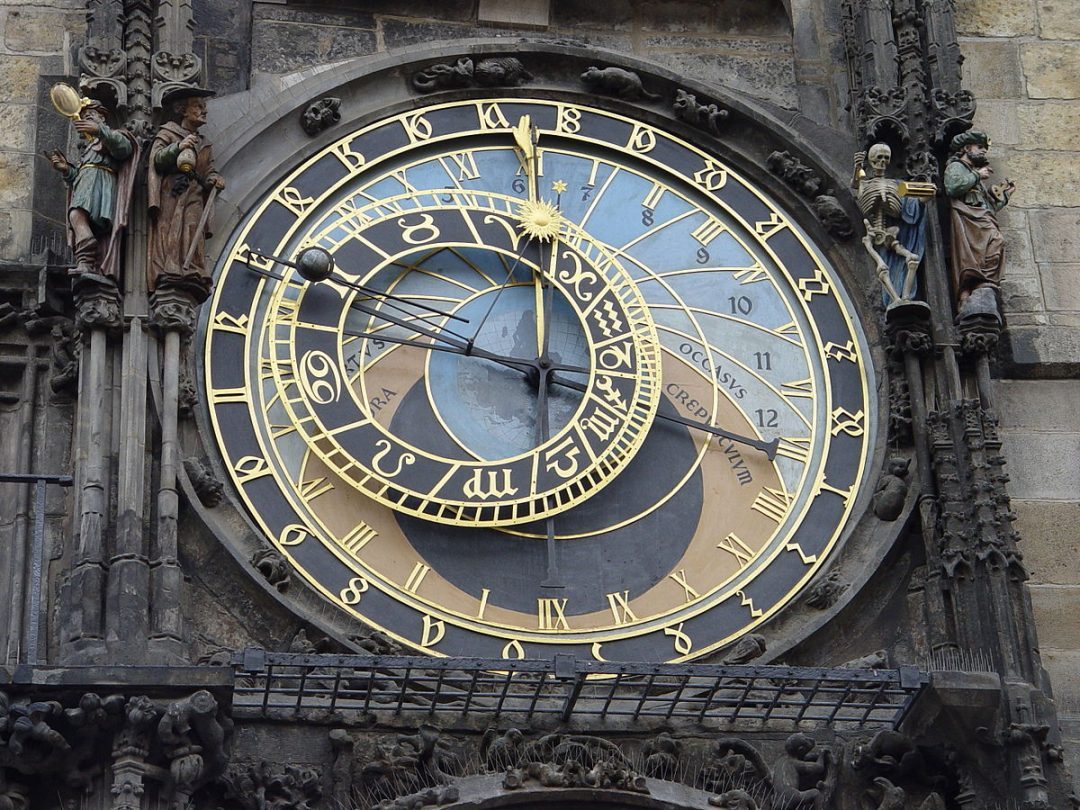 I didn’t expect my thinking about the possibility of escaping time. It’s one of those age-old science-fiction dreams that people have. Time travel is perhaps the most imagined, the most commonly imagined form of escaping time. There is not only the philosophical question of why we would want to escape time, but also whether we can actually do it.

Every year, I’m looking forward to reading the questions for the BAC en philosophie here in France. The BAC is the French school leaving exam just before you go to university. This year, more than in previous years, I felt encouraged to try to respond to one of the questions, even if, perhaps, not in a very philosophical way.

Is it possible to escape time?

Philosophy teachers answered the question on radio at the time. It all seemed straightforward and easy. No, we cannot escape time. But is it really this simple? First of all, the question is tricky because it doesn’t say from which point-of-view you should approach the question. I assume that the question is aimed at being resolved by Western, secular thought only, but it’s not stated anywhere that this is what students should be going for. Let me ramble a bit and see where it takes me.

Time itself, as a word, does not have an easy definition. Natural time is (vastly) different from mechanical time. Natural time, or let’s call it simply nature, has an effect on how we make use of our mechanical time in different parts of the world. The time you live by is different if you’re a farmer than if you are an office worker. You probably have different (shorter) work hours on fields in really hot, southern countries than in the north. At the same time, living in the digital age, time has become abstract and confusing, contradictory even.

The sun rises, the sun sets. Nature has its laws and abides by it. We can’t do anything about it. We go to work from 9 to 5. Working society, too, has its laws, which we usually abide by, but we can tweak the oppression by mechanical time. We change jobs to change our work hours. We can work flexible hours. We can become self-employed and become even more flexible (albeit also more stressed). Digital life, the digital world that has replaced much of our natural world around us (in term of awareness) has its own time. For lack of a better word, we call this time, but it has nothing to do with a continuous progress of time the way we know it. The digital is time assembled. It’s Stop & Go all the time. It’s manipulation, adjustment, repetition. And this, like natural time, we cannot change. The digital seems to have its own life. In the 21st century, natural time and digital “time” bracket our life. In between, we live every day by the mechanical clock that is in sync with no other time form.

If we want to discuss whether we can escape time, we first need to clarify which time form we’re speaking of. Before the advent of the clock, the answer to the question would have been a straightforward “no”. It is true that we cannot escape death, which means that we cannot escape time. Yet this perhaps only really holds true in our societies where, post-Christian belief, death is the literal end of something. The Buddhist belief in rebirth, I would be inclined to say, complicates the thought of death as a stoppage of time. If we began to consider death as merely another phase in our being, then it would no longer appear as the ultimate escape from time. At the same time, the philosophers on the radio argued that we couldn’t escape time because death would always catch up with us. If we continued this Western thought, would death then not be the ultimate escape from time, meaning that, in fact, we all achieve it and that this could, perhaps, even be the sense of life in our post-everything world?

There is little doubt that we can escape mechanical time. Ben Rivers’ Two Years at Sea is a wonderful example: leave society behind, live in the woods, according to nature’s principles and its own time. Forget about standard hours for doing certain things. Simply be. It doesn’t come as a surprise that villagers on a small Norwegian island plan to abolish the mechanical clock. The island of Sommarøy wants to become the world’s first time-free zone. Of course, the island cannot be free of time. But it can free itself from the chains of mechanical time. The argument behind this is simple. If there are no traditional nights during the summer period high up in the north, everything becomes the same. If you mow the lawn at 4am or 2pm is not a question to be had. It’s broad daylight, so go for it!

So, the answer to the question of whether we can escape natural time depends on the philosophy you follow in life. It is much easier to affirm that we can escape mechanical time. In fact, I believe that we have been escaping time since the advent of photography, and later cinema. But how about digital/virtual time? I would be inclined to say that virtual time behaves like mechanical time. It is artificial, it is imposed on us by ourselves. This also means that yes, we can escape it. It is us who created it, it is us who can abolish it. But perhaps this is too easy?