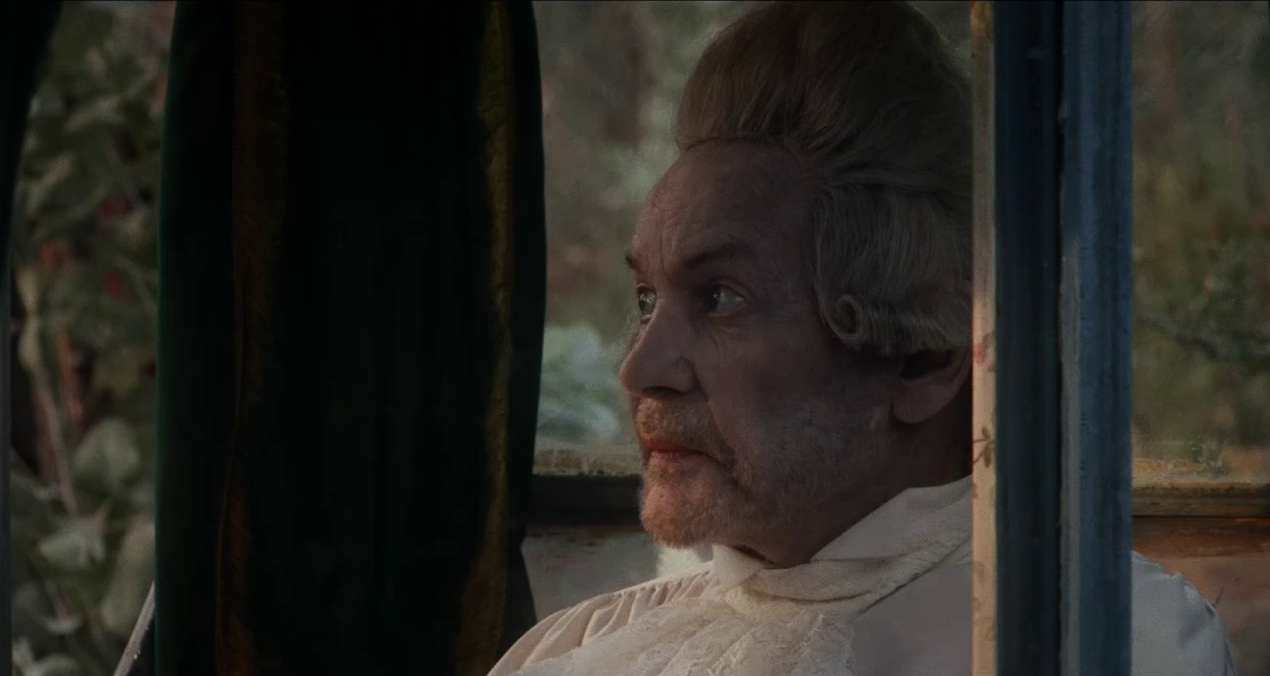 Summer is coming. The temperatures are rising and the stress of the last couple of months is slowly subsiding. I’m even rediscovering my interest in writing, which had completely disappeared after the publication of Human Condition(s). I still feel empty, but I also feel that something new is growing. The question I pose myself right now, tho, is: why on Earth have I decided to challenge myself with Albert Serra’s Liberté?

Those of you, who have already seen it, are probably aware that the latest Serra is a rather complicated one. I could make it easy for myself and write that Liberté is all about:

…but then I would become an advocate for no-boredom, which Julian Jason Haladyn spoke of in his book Boredom and Art. I wouldn’t want to engage with the images, nor with the subject. It is true that Serra, similar to his Mexican counterpart Carlos Reygadas, has a tendency to challenge, to shock, to demand a form of complicity, which the audience is not always willing to give. I came across the work of Serra for the first time during my PhD when I saw a still of his Birdsong. It looked beautiful, and it turned out that the film was indeed beautiful. But it was also absurd. The Three Kings are hilarious if you buy into the subtle humour. It is an extra challenge Serra sets himself: combining slow aesthetics with a sense of humour which doesn’t necessarily speak to everyone. I remember Casanova and Dracula in Story of my Death. It was brilliant but one could feel that it would not be a widely popular film.

And you will get drunk on wine. Then you will piss. You will piss out the wine. Show me the pissing instrument.

With Liberté, Serra challenges the viewer even more. One mustn’t forget that Liberté was originally conceived of as a theatre play for the Volksbühne Berlin, if I remember correctly. The resulting film is a mixture of theatre and cinema. Both arts have a lot in common, yet they are different in their effect on the viewer. Certainly, Serra’s shots of the woods in the dark have everything of a theatrical stage. I felt transported to Andrei Tarkovsky’s Sacrifice, which I felt to be theatrical in many respects. The character movement, in particular, made the film feel like a theatre play. In Liberté it was not only the woods. It was the dialogues as well. How often was I thinking about Leo Tolstoy’s War and Peace? The hidden world of the bourgeoisie, far off the limelight they often pretend to live in. The opposite is true. Their world may be exceptional, but hidden from view.

The fact that Liberté is almost entirely set at night (one night only) has a lot to do with this hidden-from-view life of the bourgeoisie, who play their little games of power whenever they can. This power is also used by Serra. The film begins with a voice-over. A (to me!) highly seductive male voice tells the story of a man who is dismembered in the most horrific way. Seduction and horror – a sensual clash which introduces us to Serra’s film and which gives us a hint as to what is to come. From the beginning, the viewer is challenged. If, like me, s/he finds the voice-over seductive, then how is s/he supposed to react emotionally to the story the voice tells? Which feeling is stronger: seduction or disgust? Attraction or horror?

What struck me as particularly bizarre was my reaction to this acousmêtre (hearing something without seeing the sound’s source) once I had seen the source of the monologue. The seductive male voice lured me in in such a way that once I saw the man to which the voice belonged, I dissociated the voice from his body and I continued thinking that the monologue continued as a voice-over and he was just silently moving his lips. Here it is: power. Sensual power over the audience. Liberté is about power hierarchies not only on-, but also off-screen.

God is a pervert.

The night. The darkness. It is the place and the time for the forbidden, for following one’s temptations. The night is a deeply sensual time. Even though things have changed dramatically with the advent of electrical light in the city streets, it still holds true that the night deprives our eyes of their function. Consequently, the other senses become more active in order to guide us through the night. Experiences at night (good or bad) are always more intense than if they were to happen during the day. What you can’t see, you imagine. The night gives way to imagination and fantasy, which, once more, is a power play because darkness renders us vulnerable, powerless, helpless. And perhaps this is why we often tend to have sex in the evening or at night. It’s not so much to ‘hide’, but to experience it fully, to dive into another world where we can be free, to let go of the constraints that a life in daylight comes with. Sex without seeing anything, or with glimpses only remains the best.

Desire is the driving force in the film. It is not sex, even though it might look like it. It is desire (not necessarily sexual) that sets you free, that allows you to be free. As long as you desire, as long as you feel, you’re a free human being. This is at stake in modern life: we’re losing our desires. I mean, our true desires. The problem today is that we desire things all the time, but this isn’t the same as truly desiring. The desire for things is artificial, enforced by external factors that urge us to buy more and more. It’s got nothing to do with our senses. I believe that the point in Liberté is to make use aware of what has happened to our desires, to our senses, to make us aware of what has happened to us. Of course, Serra does this provocatively, as usual.

Nevertheless, Serra’s liberté is, in fact, a liberté cachée, a hidden or covered liberty. It is a kind of freedom that only exists at night, in a different world, not always in the here and now. The decision to create a cinematic version of Liberté was unfortunate, because it doesn’t work as well as it could have done. Liberté is sensual. It doesn’t quite work as a film, but would be great as a gallery installation which you could move around in. I believe that allowing the viewer to freely move around the space, at night, in the dark, would genuinely heighten the experience of the idea of freedom. As a film, it fails to convince me fully.