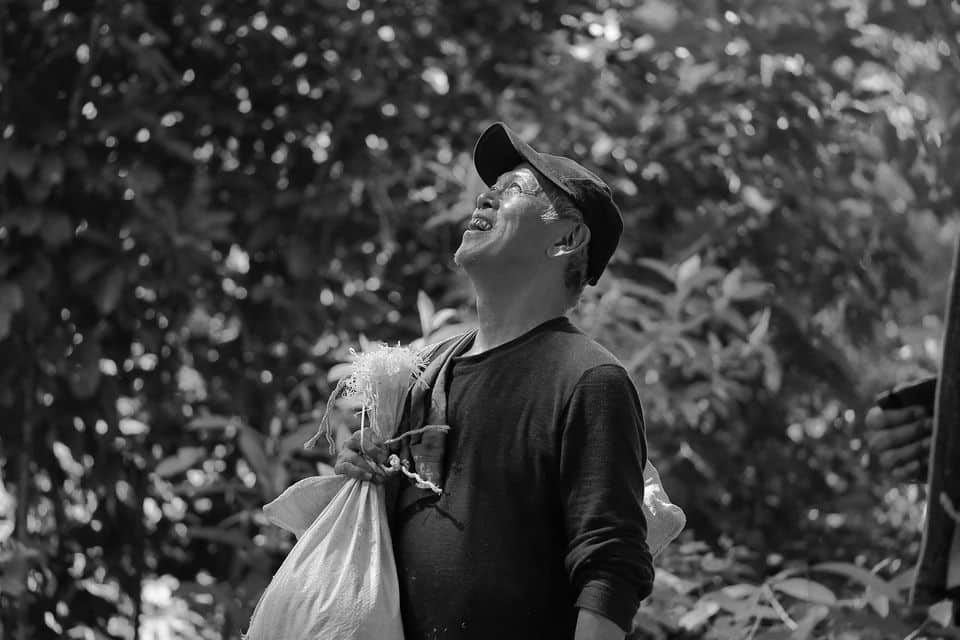 Those of you who have been following me for several years know that I was very critical of Diaz’s development in the past. That said, my critique wasn’t always appreciated. I was often considered a person who couldn’t be delighted at the simple fact that Diaz’s films had finally been acknowledged and appreciated on a larger scale than before. Few people saw what I had been seeing, namely that the success and the contribution of relatively known and famous producers and actors led to a change in his films, which in itself isn’t bad. Unless you betray your principles, which you have been preaching to audiences for years. I became a bouncing ball for former contributors to Diaz, who, I know today, seemed to have played me out against everyone else. I won’t go into detail, but I want to say at least that Diaz’s success had personal consequences for me, which were everything but nice.

As a result, I stopped engaging in the director’s latest projects. I stayed away in order to protect me, and I moved on to discover many other fantastic filmmakers. I wasn’t even aware that Diaz had a new film, until I read the list of winners of this year’s Venice Film Festival. As it was a “short” film by his standards, I decided to give it a try (the film is available on FestivalScope until 20 September).

And there he was, almost the good old Lav Diaz, the director I appreciated and looked up to. Lahi, Hayop is a film, which continues his earlier filmography: Melancholia, Death in the Land of Encantos, Century of Birthing, and a few others. There is a sense that Diaz alone was in control. There wasn’t a producer trying to monetise on the director’s latest exploits. It was just him and his camera, it was him and his project, and, of course, there was his crew and his actors and actresses. The difference this makes is, indeed, monumental. Lahi, Hayop feels like a film and not like a product assembled in such a way to reach the largest audience possible. In short, Lahi, Hayop is a film, not a consumer product, as was Norte, for instance.

The three main characters – Sir Paulo, Sir Baldo and Andres – are miners who live hand to mouth. Poverty is rampant in the Philippines. Many people, especially in rural areas live like those three men; they live off a daily income, which is fluctuating permanently and seems to become less and less by the week. The workers themselves are only at the bottom of an exploitative hierarchy. Everyone higher in the hierarchy demands money from you. The boss of the mine gets the biggest share, but there is also the guy who arranged this job for you, who wants to get his daily share. At the end of the day, not much is left. Andres, a young twenty-something, reminds me a lot of Tolstoi’s idiot. He is a simple guy, but he sees the truth. He sees that the workers are exploited, he sees the danger which they are exposed to every day. The mines have becomes the graves for so many, but what are those workers who lost their lives if not a dispensable workforce which can be easily and quickly replaced? What are those workers if not pawns in a large system of corruption, which is neither humane nor just? This isn’t about giving people jobs, this is about those at the top enriching themselves.

Andres has his ideals. He’s a dreamer in an imprisoned society. He wants to break out of this injustice, only to become later part of it. This is really the crux here. There is no escape, there are only various degrees of complicity.

We are on Hugaw Island, “Dirt Island” as it is called. An island full of myths where people cannot escape from, an island destroyed by myths. To what extent can we say that Hugaw island is an island of animals, and not of people? There is a black horse, who appears at the riverside. Andres is frightened and runs away to inform Sir Paulo and Sir Baldo.

A black horse. A frightening experience. I saw one in one of my shamanic journeys. It was big, truly overpowering. I was scared that it would bring misfortune, that would cause my routine to fall apart. Even though it was my shamanic power animal for a while, I didn’t always feel comfortable having it around. The black horse symbolises death and rebirth, it symbolises the end of something. For our three main characters, the horse stands for a violent death.

There are belief systems that can turn men into animals, letting them forget that they are humans after all. Or are they? Are we? Sir Paulo travels with a radio, which broadcasts a striking radio episode. According to one man on the show, very few people have a fully developed (human) brain. For him, examples range from Jesus to Buddha to Mother Theresa. Others have a brain akin to that of chimpanzees. People who steal, who kill, who are jealous – those people do not have a ‘human’ brain, the man on the radio suggests.

The black horse is nothing but a symbol of Man’s death as a human. There have always been hints of this, let’s call it philosophy, in Diaz’s previous films, but in Lahi, Hayop it becomes the core. It also comes at the right time. For the Philippines and for the world.

Lahi, Hayop is visually strong with some aesthetic and narrative hiccups. The flashback/imagination scenes don’t work well and are more confusing than anything else. There are parts which interrupt the otherwise flawless flow of the narrative. I’m nevertheless happy to see a film by Lav Diaz, which isn’t a sell-out. Perhaps, Lahi, Hayop doesn’t reach the quality of his best films, but it is very good and a great addition to Diaz’s early filmography. As I said, the film is available on FestivalScope until Sunday, 20 September. Do give it a try if you can.