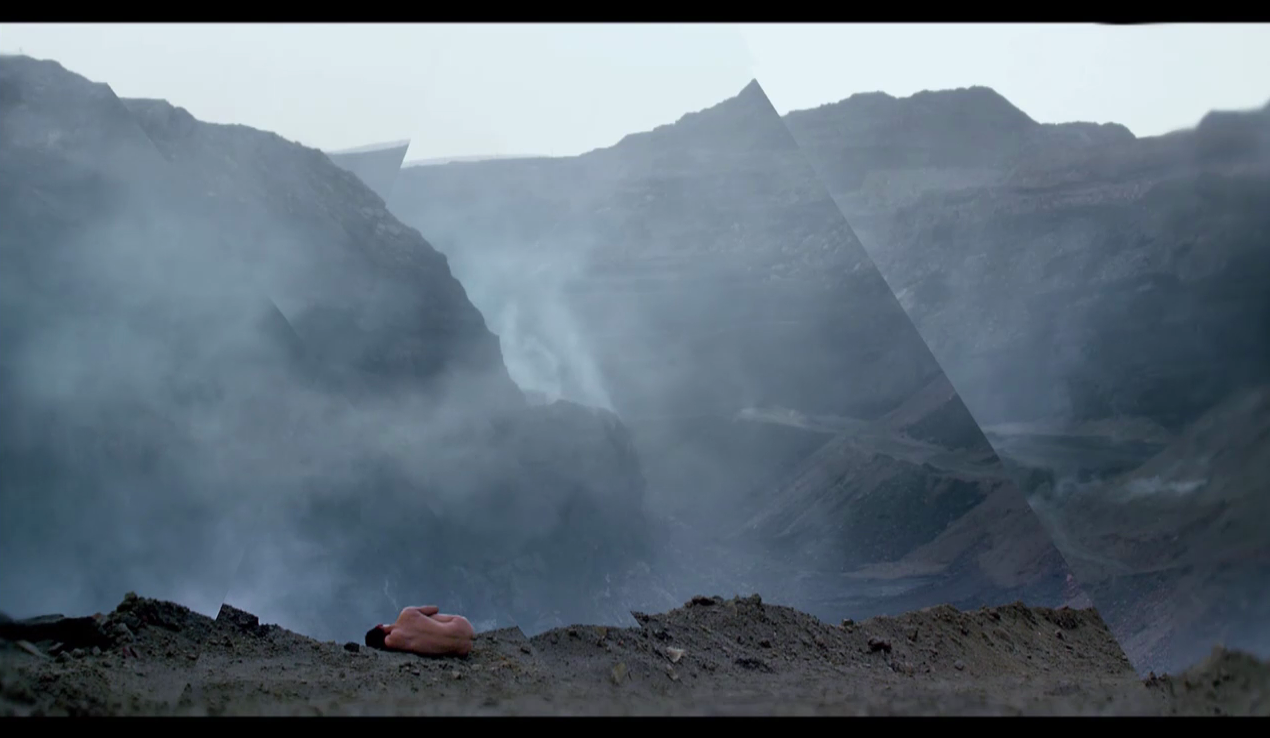 How do you write about something that is, cinematographically, absolutely gorgeous but which, paradoxically in doing so, highlights the suffering of labourers? Behemoth

by Chinese director Zhao Liang had me somewhere between “wow, this is beautiful” and “oh my, this is so depressing”. This constant shift was a bit like a rollercoaster, although, I’m frank, the beauty of the images gave way to utter sadness in the end. The longer the film lasted, the less I could enjoy the gorgeous pictures Liang has captured. Because what is at stake in this impressive documentary is the Chinese coal mining industry and the ironworks. Reckless, ruthless, with little care for the workers, for the environment. Liang speaks about a myth, the myth of Behemoth, a huge, all-encompassing monster. Throughout the film, the director moves closer and closer to likening this monster to “the black gold”, eventually arguing that Behemoth is not a myth at all. It is us, us humans, who ravage the earth.

starts with a beautiful long shot of a landscape marked by mining. There is not a single bit of green left, a fact that appears immensely ironic later on in the film. It’s an image everyone may possibly be able to relate to. Mining landscapes are so extraordinary (extraordinarily gloomy) that they stand out from miles away and there is no difference whether you see such a landscape in China, in Chile, or even somewhere in Europe. It’s perhaps the deepest visible scar we will leave the planet with once we’re gone. Liang gives those scars extensive on-screen time, at the beginning more so than the people who work in the industry. Behemoth

is accompanied by a voice-over here and there, but overall the director lets the images speak. It is for this reason that Liang’s initial neglect of the human behind the industry makes Behemoth

appear like an observation of a lonely, mechanical work. Which, in effect, it is. Nevertheless, the documentary moves more and more towards the human factor throughout its running time.

Liang shows the faces behind this ravaging work in the second half of his documentary. He shows the people’s suffering. He shows the crude methods with which they work. He shows how the workers live. He shows their declining bodily strength. Time and again, we see a long shot of a scenery which appears gorgeous at first, but if you take your time to look at the scenery properly, you notice that there are cracks in it. Liang works with mirrors, which gives the documentary an artistic touch usually known from gallery installations, I would say. His long shots of landscapes, showing cracks in their appearance, and a nude body curled up, with its back towards the camera, often centered, sometimes decentered in the frames, do feel like an installation piece, and I wouldn’t be surprised if he was to take those scenes one day and reworked them for an installation piece.

What I particularly liked was the time Liang dedicated to observation. His cinematography, his shift between the the large, impersonal (the machines, the empty landscapes) and the small, personal (the workers) creates an immersive experience, which reminded me a bit of Salomé Lamas’ Eldorado XXI

(2016), which I watched at this year’s Berlinale. There are several parallels between the two films from opposite corners of the world. But what popped into my head again when I saw Behemoth is my argument that slow films always deal with death in one way or another. This Chinese film is no different, but perhaps it comes closer to real death than other films in the canon. Visually most obvious is the death of the landscape. But with that, the human is also slowly dying. Coal miners are shown in bed needing oxygen so that they can breathe at all.

What Liang makes clear towards the end of his film is that there is no justification for this cost of human labour. The director shows us images of Kangbashi, an area full of skyscrapers, newly built, and yet empty and deserted. A ghost city. Here, construction hasn’t build something new and alive, but something that is already dead. Behemoth

shows that creation no longer means what it used to mean. Our total focus on exploiting the planet’s resources for a faster development and an apparently richer society is the original myth that stands at the beginning of the film. We no longer create. We demolish. We dismantle. We destroy. And as Liang strikingly points out: we are Behemoth, the huge, all-encompassing monster.