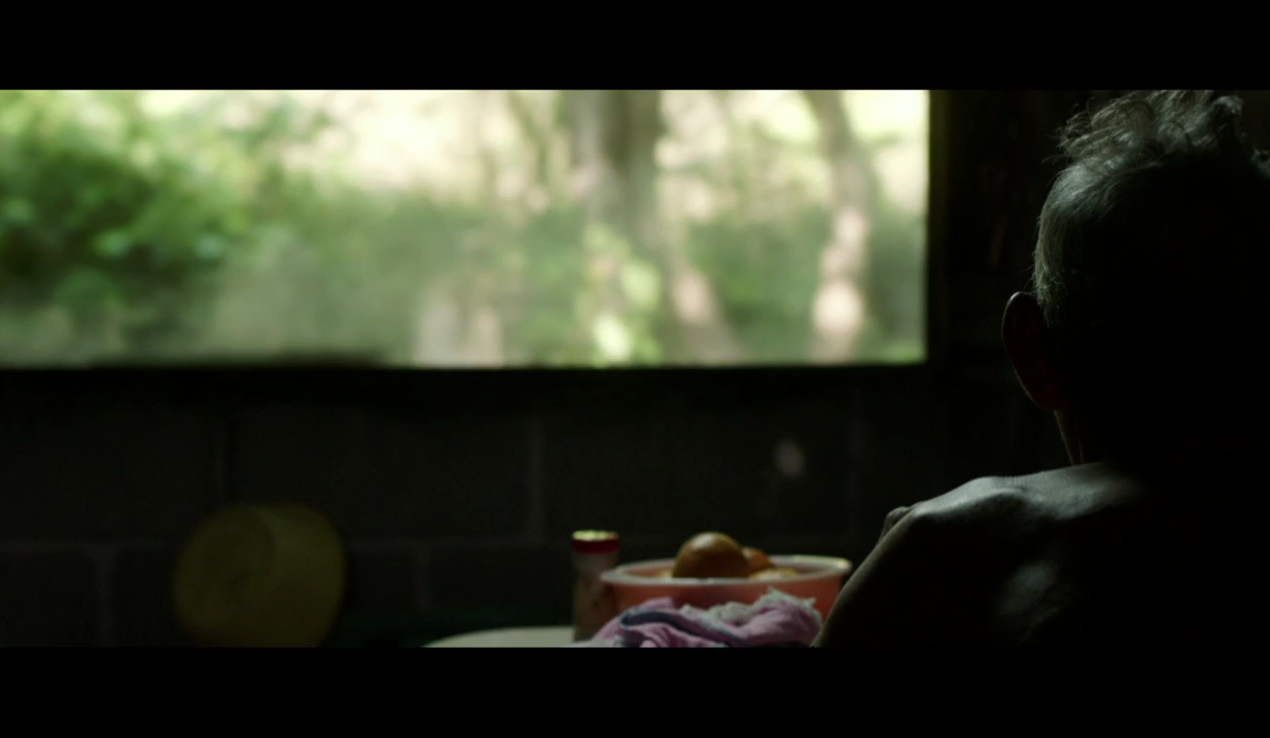 Knowing Nicolas Pereda’s early work, I’d be inclined to say that his medium long film Los Ausentes marks a new era in his filmmaking. The trailer already looked haunting and different from Pereda’s usual filmmaking. The colour palette is the same, the actors have the same aura around them. And yet, and yet…

Los Ausentes is, first of all, about an old, fragile man who loses his house near the beach. I assume he has lived there all his life, so loss (absence) is at the heart of Pereda’s film. It’s the very core of it, and Pereda perfects his usual aesthetics in order to transmit this feeling of loss to the viewer. Los Ausentes stands out in Pereda’s work because of its camera work. The director has always favoured long-takes, temps mort, and a very minimalist storytelling. But this film goes a bit further. In fact, it reminded me strongly on the films of Béla Tarr and the fascinating work by cinematographer Fred Kelemen (who himself made films, amongst them Krisana).

next to each other, you can see that they both make use of an independent camera. The camera is not really following the protagonist, unless the character is walking down a road. The camera has its own mind and moves to whatever place or whatever action it would like to record.

I haven’t seen it to such an extent in Pereda’s previous films. I even wonder whether it is an homage to Tarr. The beginning must be at least a very obvious wink, starting with a medium shot of a cow facing us. And then, slowly, very slowly, the camera zooms out and reveals first some kind of structure, which then turns out to be a window frame. The camera zooms further out, very smoothly, totally beautifully, and reveals the old man sitting at a table eating. If faithful Tarr-viewers are not reminded of the famous opening scene in Damnation or the beginning of The Man from London, I don’t know what those people have done with their lives 🙂

In any case, this independent camera transmits the film’s idea of loss, of the absent, fabulously. It feels as though there was a ghost walking around, looking at things or moving places. At times, we see the protagonists. At others, we don’t. But nevertheless, we can feel an eerie presence. There is someone there with us, but who is it? Los Ausentes is a perfect example of how aesthetics can convey absence. I had come across this very subject in my research on the films of Lav Diaz, but Diaz is doing this in a very different way. This independent camera movement also feeds well into the idea of the fragile, old man losing his sanity. Again, this is a theme that pops up comparatively often in slow films, and it is interesting to see how directors deal with this differently.

When I saw the old man standing somewhere in the woods, with his skinny back towards me, I wasn’t quite sure whether what I saw was supposed to be real, or whether Pereda wanted me to believe it was a dream. There’s only ambient sound, and because I was in a state of dreaming already because of the superb camera work, I wasn’t so sure anymore what I was seeing or what I was asked to believe. This became even more difficult when the old man’s younger self appeared and it wasn’t clear anymore what happened when and where.

I began to wonder whether the title Los Ausentes applied to more than just the film, because in the end, you do lose yourself in the film. You might be physically present when you watch the film, but where are you mentally? Are you home? In the cinema? In an imagined Mexico? In a dream? In real life? I would say that Los Ausentes is Pereda’s strongest film. As I said before, it looks like his previous films but it feels very different. The combination of narrative and aesthetics is just right, perfect even, and I think that the length of the film – medium length – helps to keep the film focused. It feels like Pereda’s most polished film and I wonder where he will go from here. I hope that we will see more of this!