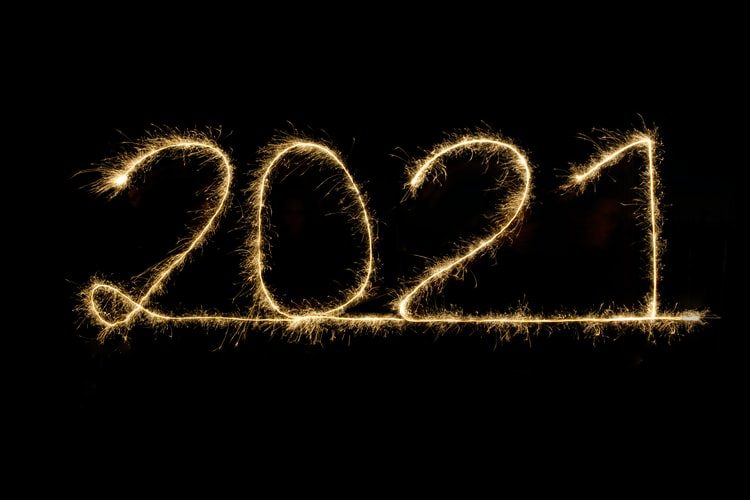 On 31 December 2020, in the evening, I went to bed. For the first time in my (adult) life, I didn’t stay up until midnight to see in the new year. Even though there was light at the end of the pandemic tunnel thanks to the developed vaccine, I had the feeling that nothing would really change. 2021 would be another 2020. In many respects — writing this now, as the fifth wave is stabilising and the sixth wave is already visible at the horizon — this is precisely what it was: a simple continuation of global suffering which started at the beginning of 2020.

2021 became the year of normality, however. A normality that wasn’t normal, but which became somewhat acceptable given what was at stake. What suddenly felt unnormal was the pre-pandemic normality which we could enjoy for a few weeks in summer. The West’s refusal to share vaccine patents, and their lack of will power to do everything possible to vaccinate people in the global south before vaccinating their own people six times over (which will soon be the case), will unnecessarily prolong the suffering for us all. This is another thing that we learned: altruism has little place in our societies. Everyone fends for herself.

With this strategy, our countries shoot themselves in the foot. Trying to preserve their wealth, they cause instead an immense loss of lives, of economical output, of the culture industry. Even though museums, galleries, and cinemas re-opened this year, they’re all looking at an abyss today which becomes bigger by the day as long as there is no interest in fighting Covid-19 for what it is: a global pandemic. The approach many countries in the West take — namely considering this as a national problem and fighting it on a national level — is not up to the level of what we pride ourselves with. Homo Sapiens, the wise man, doesn’t want to save its kind or even think long-term. We fail to live up to the very title in our description: wisdom.

Enough of the rant, however. Perhaps the only ‘advantage’ of this artificial prolonging of the pandemic is the fact that one gets used to it. True, living through it as someone who suffers from depression and anxiety is not the most enjoyable thing in the world. Yet, I was able to function this year once I recovered from a total meltdown in March/April.

2021 was, for me, a productive year, both personally and professionally. On 9 April, my first baby was born: Human Condition(s)—An aesthetic of cinematic slowness. The first print run, admittedly small as I had no idea how it would go, was sold out in six hours. In early 2022, I need to order a fourth print run. My book found avid readers in the US, in the UK, in New Zealand, in Germany, Estonia, France, Switzerland and Belgium, in Canada, Portugal, Sweden, Ireland, Cambodia and Spain, in Greece, Austria, Denmark, India, Japan, Slovenia and Singapore, in Italy, Australia, Finland, and Taiwan. I cannot begin to express in words what this means to me…

I needed a break from writing after the publication, however. I felt burnt out and removed from the world of film. For some odd reason, I had never been as busy and sought after for my work as I was in the first six months of 2021. I have no idea where the sudden interest came from, but I enjoyed the opportunities. Putting together a special Slow Cinema programme for Highball TV was probably the most exciting opportunity. Overall, 2021 was the first year that gave me the feeling that I was doing something good and that I was doing something right. Above all, there was a feeling that I wasn’t writing ‘into a vacuum’, but that, in fact, a lot of people followed and appreciated my work.

At the same time, I realised that there was a lot more than just Slow Cinema in me. It was Slow Cinema that convinced me to pursue Film Studies for longer than I had originally planned. It was Slow Cinema that initiated me in the art of writing. It was also Slow Cinema that taught me how to think out of the box. And, quite naturally, it was Slow Cinema that showed me how to walk around obstacles. I believe that with the publication of Human Condition(s) an era has come to an end. It took me a while to see and to feel it. This does not imply that I will no longer write on Slow Cinema. Never will I stop. It’s my backbone, and it will continue to guide me when writing about other types of film. What I want to say instead is that I will use the next year 2022 to branch out, to be more open to other films. Any career, but most certainly a career in the arts, is like a tree. It cannot live off a trunk alone, it needs branches, and 2022 will be the moment for me to grow branches. Stay tuned for articles on films that are not necessarily slow 🙂

Compared to 2020, when I fell into a creative hole and struggled to lift me out of it, I could more or less continue writing throughout 2021, except for the period just after the book publication. I saw several great films, which I’d like to highlight here. If you haven’t had a chance to see the following films yet, you should try to seek them out next year:

I didn’t see a single film this year, which I didn’t consider an accomplished piece. For some reason, I returned again and again to India. I was also in Indonesia, Armenia, and in Iran, in Spain, Mexico, Colombia, and China. With only two exceptions, the films I watched all came from outside my European and Western comfort zone, and I want to pursue this more in the future. I have a feeling that my next book will look predominantly at films made outside the West, but I let myself be guided by the films. I want the book and the films to guide me, rather than push the piece into a direction I’d like it to go. The next book will revolve much more around aesthetics, I think. Content is important, of course. Yet, for this particular piece I need to look more into aesthetics. And into psychology. More details perhaps at the end of next year, let’s see how the book progresses.

Speaking of books: I read numerous incredible books, especially novels. But also in the context of cinema and time, I had the pleasure to find some wonderful books here in France. I’m thinking in particular of the heavyweight Wang Bing – The Walking Eye. I’m also thinking of the excellent Avoir le temps by Pascal Chabot. I made my way through all the books by French philosopher Cynthia Fleury and am now embarking on Carl Gustav Jung’s books. I discovered the novels by Nino Haratischwili, which really touched me, as someone who was born just before the Berlin Wall came down and the Soviet Union imploded. I read Andreas Kossert’s page-turner Flucht and François Hartog’s Chronos. I began to explore Sufism, and the ways in which it is similar to Buddhism.

Last but not least, I saw the magnificent four-part documentary Exterminate all the Brutes by Raoul Peck, which I must see again.

What does 2022 have in stock? Next year will be even more unpredictable, I fear. My bet is that we need another lockdown, cinemas will close, film productions will have to stop. My feeling is that 2022 will be as difficult for the arts as 2020 had been. But we know the deal now: if you can, seek your favourite independent director(s) on small VoD platforms and buy their films. Support them through donations, or become a monthly supporter, if your artist offers something like this. Keep discussing your favourite directors’ films on social media, recommend their works, keep them visible.

I will continue to write about the invisible. Let us cherish that which we tend to take for granted.

Together, let’s support the Arts.

Longing in times of social distancing