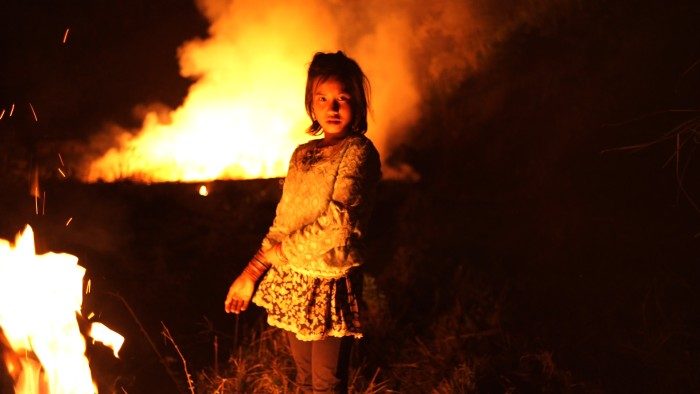 I’m on a Wang Bing roll at the moment. I have finally found the time to see his work, and all kinds of things run through my head at the moment. Ta’ang, un peuple en exil, entre Chine et Birmanie

is Wang Bing latest film. Again a documentary, a form of cinema he is specialised in. Again, it is a political film. Again, he gives those on the margin of society a voice.  In Ta’ang I can see his patience for just being with his “subjects”, for listening, for waiting. And I haven’t even seen his 14-hour masterpiece yet.

Ta’ang is part of a growing work on refugees. Only recently have I seen the Berlinale winner Fire At Sea

by Italian director Gianfranco Rosi, a film set on the island of Lampedusa. There is also Mediterranea

by Jonas Carpignano which comes to mind, equally a depiction of refugees in their search for a safe place, away from war, away from oppression. There is a refugee situation over on the other half of the planet, too, but this is hardly ever mentioned in our spheres. Wang Bing’s new film, as one example, is a look into a fraction of what is happening daily on the border between Burma and China. 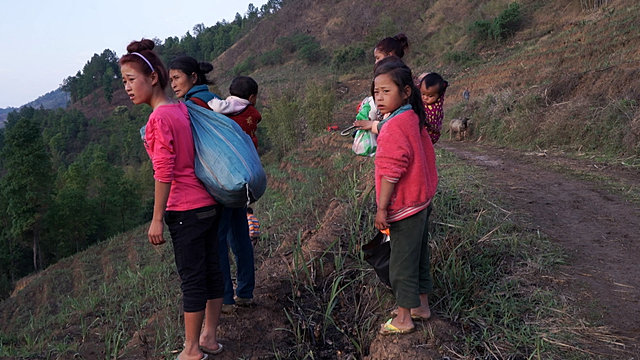 Wang very much relies on our interest and openness. Similar to Lav Diaz, he gives us very little background information about what we are about to see. There is a short text at the beginning of the film, but it gives us the basics. Nothing more, nothing less. If you want to engage with the film, you need to do more than see the images. You see what you know, it is said. If you don’t know anything about the Ta’ang, the images will give you little information about them. They are, as I have already noticed in Wang’s Fengming, rather dispassionate. The director refrains from framing scenes in a certain way in order to make you feel something. I could be wrong, of course, but I can’t help the feeling that this is the most neutral documentary I have ever seen. Nothing is ever entirely neutral. Not even a documentary, which, I believe, is supposed to show its subject unbiased. But Ta’ang gets pretty close.

Wang and Diaz are very much alike, but the bias is one thing which differs in their films. I see this clearly only now that I have dived into Wang’s films. In certain cases, such as parts of Death in the Land of Encantos (2007), Diaz follows a very similar path. He tries to be as objective as possible. As he said in an interview somewhere, he wanted to be journalistic in his depiction of the aftermath of typhoon Reming. But he did construct a feature film around the event in the end, which has implications on how the viewer reads the material. And then there is a shot in From What Is Before, a low level canted angle, something I had never seen before in Diaz’s work. A canted angle is never neutral.

You won’t find this in Wang’s Ta’ang. The camera tends to be on eye-level with the subjects it films. There aren’t any fancy aesthetics. If you love the photographic frames in slow films the way I do, you will be put off by the film’s look. But this brings me back to what I thought was important in terms of Fengming and her testimony: every aesthetical decision is an ethical decision. Rosi’s Fuocoammare aetheticises suffering and death. This isn’t the case with Ta’ang. You won’t find pretty frames. You won’t find something aesthetically pleasing. Wang shows the situation as it is: dirty, ugly, a disgrace. The Ta’ang are forced into nomadism. They left their homes in winter 2015 as armed conflict broke out in the border region between Burma and China.

What we see is their daily life. These refugees either sit and wait in makeshift tents until they can go back home. Or they move from one supposedly safe place to another all the while we hear gunshots and artillery fire in the background. I would say that a good half of the film is set at night, around a camp fire or candles. Or even torches. Maybe it only felt as if half of the film was set in the dark. Which brings me to an interesting difference between Wang and Diaz. Ta’ang‘s two-and-a-half hours feel incredibly dense. It felt more difficult to sit through them than through eight hours Lav Diaz. I had a similar impression after Diaz’s Storm Children which was much shorter than his usual film work. But it was a documentary, and an over two-hour long documentary without even a loose narrative but a simple depiction of daily life puts your patience to the test.

This isn’t a bad thing at all. I find it quite an interesting thought that feature films are easier to sit through. We’re habitual people. We’re used to a narrative. To sit through eight hours is hard work, but as long as there is a narrative that progresses and you have something that vaguely resembles a three-act structure, it is doable. As I keep saying, for most Lav Diaz films I didn’t mind the running time at all. Wang Bing seems to be a wholly different arena in my slow-film engagement. His films seem to come even closer to real life, both in terms of time and story. Besides, you’re stuck with the images of, say, a woman boiling potatoes. Because Wang does not focus on pretty shots, there is nothing you can admire while the actual action happening in front perhaps bores you. You have to stick with it. Several slow-film directors give you this “escape”, if you need it. Wang forces you to be with the characters, to be with their plight.

I start to become a fan of Wang’s work. His films are challenging, more than other slow films I have sat through. But this is precisely why they make me curious. Again, just as with Diaz’s work, I’m not sure I’ll be able to explain what I feel intellectually, but there is something that I’ll try to follow the next time I’m watching a Wang Bing film. There is something somewhere. I just don’t know yet what it is.