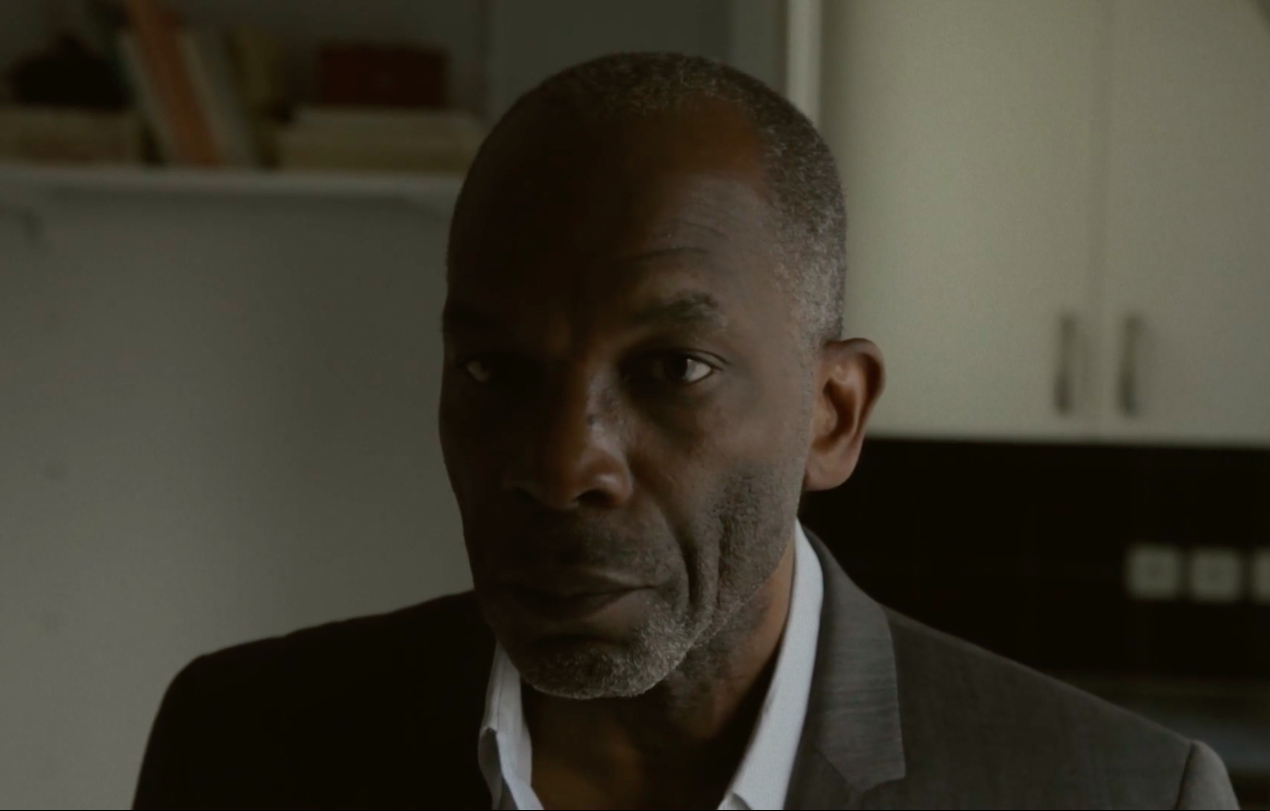 A man walks up and down in his apartment. He appears nervous, slightly on the edge. He opens drawers of little chests and suitcases in order to find something. Eventually he finds two passports. Who do they belong to? Passports suggest identity, suggest nationality, suggest citizenship. Why are there two?

Some grey and closed doors, that’s all I found when I got here.

Hector, a man perhaps in his late forties, looks out of the window, still nervous, and remembers the days when people back home were speaking about metropolitan France. That he could become someone, that he could make something out of his life. His two passports mean two identities; one of them left behind in his country of birth, the other an identity he assumed when he moved to the mainland.

Ozal Emier and Virginie Le Borgne’s short film Metropole deals with identity, migration, with the pitfalls of leaving behind a life which later comes to haunt you. Can you ever leave your home? Is it not, rather, the case that something of yourself always reminds behind? Something that draws you back? The past is never past. It is always present, travels with you. It is part of you, wherever you go.

Hector tried to adapt to society, to his new home when he arrived in 1985. He became a lawyer, had a notebook of things he must do in order to fully and successfully integrate. It was not just a change of country, but also of class. Hector wanted to belong to the elite, to the upper class. Becoming a lawyer was part of this transformation.

Look at me now: always well-dressed, with my fancy watch, my fancy cars. I look like them at last.

The man’s sombre voice doesn’t sound like success, though. Instead, he sounds exhausted, tired of putting on this second coat, this second personality. When he meets his presumed son at a coffee place, we can feel the pain Hector’s migration has come with. Even though Metropole was not intended to mirror the refugee crisis we witnessed in Europe in 2015, we can certainly take aspects of the directors’ treatment of the subject and apply it to the large number of people currently on the move to a better place.

You know, Martin, having rights isn’t everybody’s privilege. Only the powerful can afford it.

Emier and Le Borgne use austere aesthetics. The film is set in a small apartment which is furnished with the mere basics. The emphasis is placed on Hector and his speech. Rather than using the man’s thoughts as voice-over, the directors decided to show his monologue on screen. Character identification is key. It is important to see Hector’s emotions, his facial expressions, his frustration.

In only sixteen minutes, Emier and La Borgne have managed to tell an important story about identity, about who we are, who we think we are, and who we think we should be. Metropole is a film about migration, about assimilation, about the haunting of one’s past. It is a film about identity; lost, assumed, false. It tells the story of millions of people out there who leave their homes behind in order to find a new one.