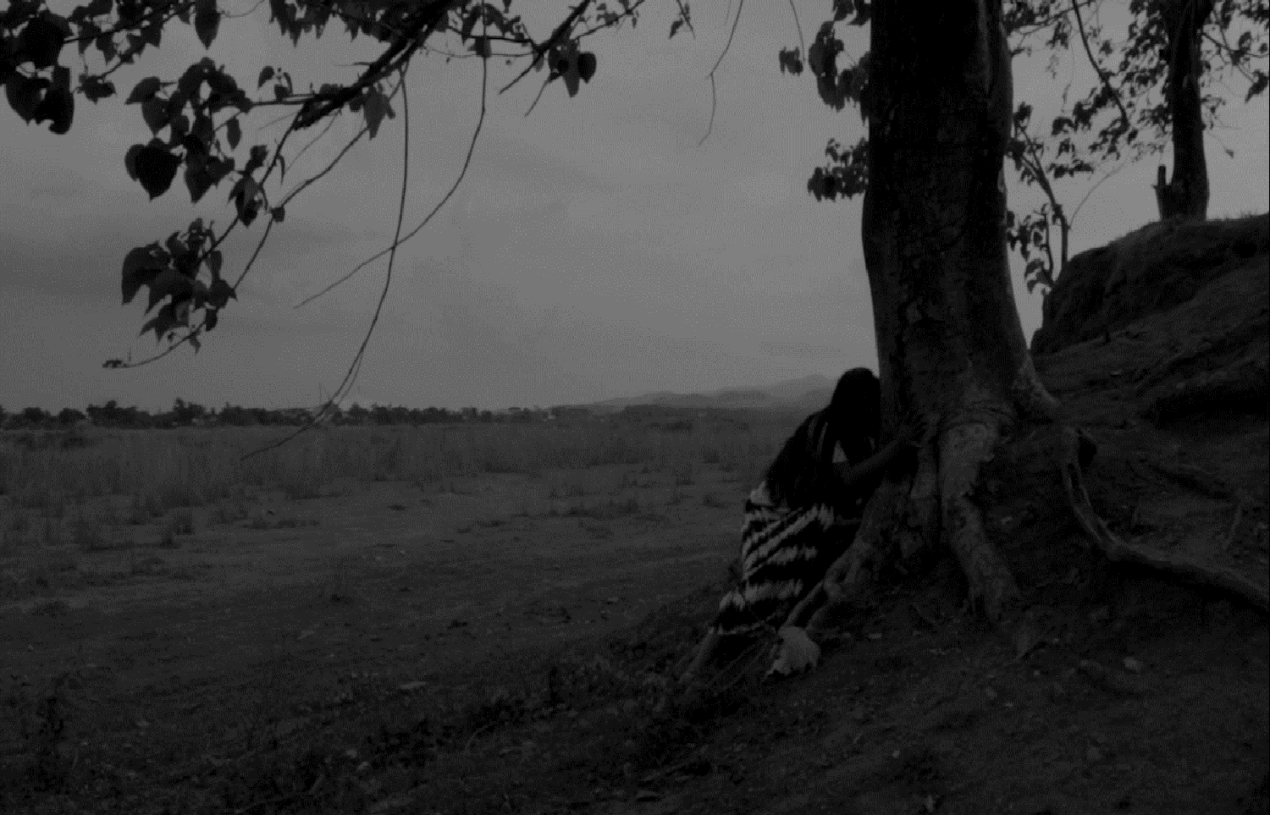 The following is a repost from another blog I had worked on two years ago around which time I came across Liryc’s solo work for the first time.

After having worked with Lav Diaz on several projects, Liryc de la Cruz is embarking on his own filmmaking career. His short film “Sa Pagitan ng Pagdalaw at Paglimot” was selected for the short film section at this year’s Locarno Film Festival as one of only two Filipino films. Only recently, I had an issue with putting down thoughts on Martin Edralin’s short Hole. Pagitan is similar. It’s a film that needs to be seen. I more and more feel the limits of my own creation – blogs on which I can write about films, which are often so good that I would much rather not write about because words ruin the experience.

Pagitan is about memory, about forgetting, about searching. Perhaps about absence. The film draws you in with a voice over of a woman: “Along with letting go of the memories, is to go back to the past and the things we used to do.” It’s a simple statement, but because it is so simple it’s rarely made. The black screen we see allows us to focus entirely on the woman’s voice, a soft voice, with a hint of melancholy. The voice sets the tone for the rest of the film. It introduces us to Pagitan’s world, which is minimal, contemplative, empty. The latter is by no means negative.

On the contrary, Liryc de la Cruz has made use of vast empty landscapes and only a single character in order to create a minimalist, but expressive portrait. Once the black screen is replaced by imagery, the strong voice-over still lingers in one’s head. We infuse the reading of the images with the woman’s statements on memory. Pagitan is shot in black-and-white. The contrast stresses every detail we see in the frames. At first, we’re positioned behind vegetation. A woman, presumably searching for something or someone, approaches the camera, but doesn’t acknowledge it. She’s distracted, she’s looking for something. But what is she looking for, for her memories?

What I find particularly interesting in this short film is the camerawork. We’re not speaking about a static camera. Instead, the camera is moving ever so slightly. It has a dream-like aesthetic to it. It is not intrusive in its movement. Nor does it makes us feel like a voyeur. It’s smooth. It’s there and yet almost not noticeable because it looks so natural. You kind of swing with it. Like Diaz, de la Cruz is using long-takes of at times beautiful scenery. This temporal aspect means one has the time to be with the character, to be with the young woman during her search. It allows us time to just be, to let the film happen to us. Contrary to his mentor, as I would describe Diaz in this context, de la Cruz does not turn his film into a hardcore treatment of psychology and history. Perhaps, this may come in future. Perhaps not. As far as I can see, Liryc is very much developing his own approach to filmmaking.

Pagitan is rather a more minimalist investigation into memory and forgetting – without philosophical discourse, without much talk. Pagitan is very much an experience. All the film asks of us is to be there, and to be – a brave, and wonderful debut by an upcoming Filipino filmmaker.