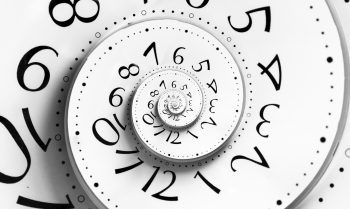 Something I genuinely love, now that I’m in France, is that I can walk into any book shop and I find amazing books that really get me. I open them, read the first page and buy them. It’s not necessarily good for my wallet, but it’s good to expand more and more my horizon, especially in art and film. I have Jean-Paul Curnier’s Montrer l’invisible : Ecrits sur l’image

on my desk at the moment. I have long had an interest in the absent, the invisible, which, in some ways, was introduced to me via Slow Cinema. In popular film it is about showing. The directors use the common concept of the visible in an image as proof. I don’t want to go into too much detail about this just now, because I’m using this right now for another project and it will go public in its own time.

There is something else that fascinated me with Curnier’s book. First of all, Curnier argues that with the ever increasing number of images we’re now confronted with, it is the ordinary in those images that strike us as most poignant; showing the extraordinary in the ordinary. To me, this also means that photography now has the task of making people aware again of the beauty in their surrounding, something that is now often forgotten because we always look for something better. Curnier doesn’t go as far as this in his arguments, but I believe that his initial statement says as much. We can quite clearly see the parallel to slow films here, films that often show nothing but the ordinary, which is precisely what bores people. But if one takes one’s time with those images, we rediscover just how beautiful life is while at the same becoming aware that regardless of where we come from, we share more than we don’t.

What really struck me, though, were Curnier’s writings about time, primarily suspended time. Photography has always been considered as a means to stop time. It captures what has been, it therefore captures the past. A photograph is an arrested moment. But, Curnier, writes, this argument is rather strange, because

Curnier argues that suspended or arrested time is, contrary to common belief and scholarly writings we know, essentially measured by duration (and you probably know where I’m going with this, if you’ve been a faithful reader of my blog). To Curnier, time cannot just be stopped, it also needs to continue, perhaps in another form than before (in terms of speed perhaps), but time always progresses or continues. Therefore, it can only really be duration that sets the degree of suspension of time. Is it perhaps, then, Slow Cinema, especially those slow long durational films that really fit the idea of photography’s long-thought “what-has-been”? In effect, this is perhaps best illustrated by long-form documentaries that are also slow in their progression. But Curnier goes further.

It is not so much a simple suspension of time, but a suspension of time in one’s gaze/view/sight. In the end, as Curnier says, nothing is ever out of time. It can’t be. Time is all around us, and it cannot just stop. What art does, I believe, is giving us the illusion of arrested time, and it therefore means that arrested time can only really exist in our gaze alone, and nowhere else.

Curnier also speaks of “the temporality of non-time” and “the time of invented time”. The first is very much connected to a dream state. Curnier repeatedly makes reference to the invisible, to an aesthetic of absence, and to the fact that when we do look at a photograph, we start to rummage in our memories. We do not simply look at a photograph, we also try to identify parallels to ourselves, as far removed as those parallels might be. This journey through our memories is, essentially, this dream state, this non-time, that appears like arrested or suspended time, but is, according to the author, simply non-time. His second term is closely related to this. It is the time of viewing. By choosing what to look at, by choosing how much time we spend on it (which has nothing to do with speed or slowness), by choosing where our gaze is moving to across an image, we create, we invent our own time. It always differs from someone else’s time. It is the time we invent for ourselves in order to look at something.

Now, the last part may not be entirely applicable to Slow Cinema, and I’m not trying to make it work. What is interesting in regard to Slow Cinema, though, is the idea of duration setting the degree of suspension because time cannot be stopped. Also, I appreciate the terms non-time and the fact that time isn’t simply suspended (what has been argued for a very long time), but that time is suspended only in our own eyes. Lots of good stuff to think about, for you and for me!

Time in Japanese art and society

The films of Theo Angelopoulos: A Cinema of Contemplation – Andrew Horton (1997)