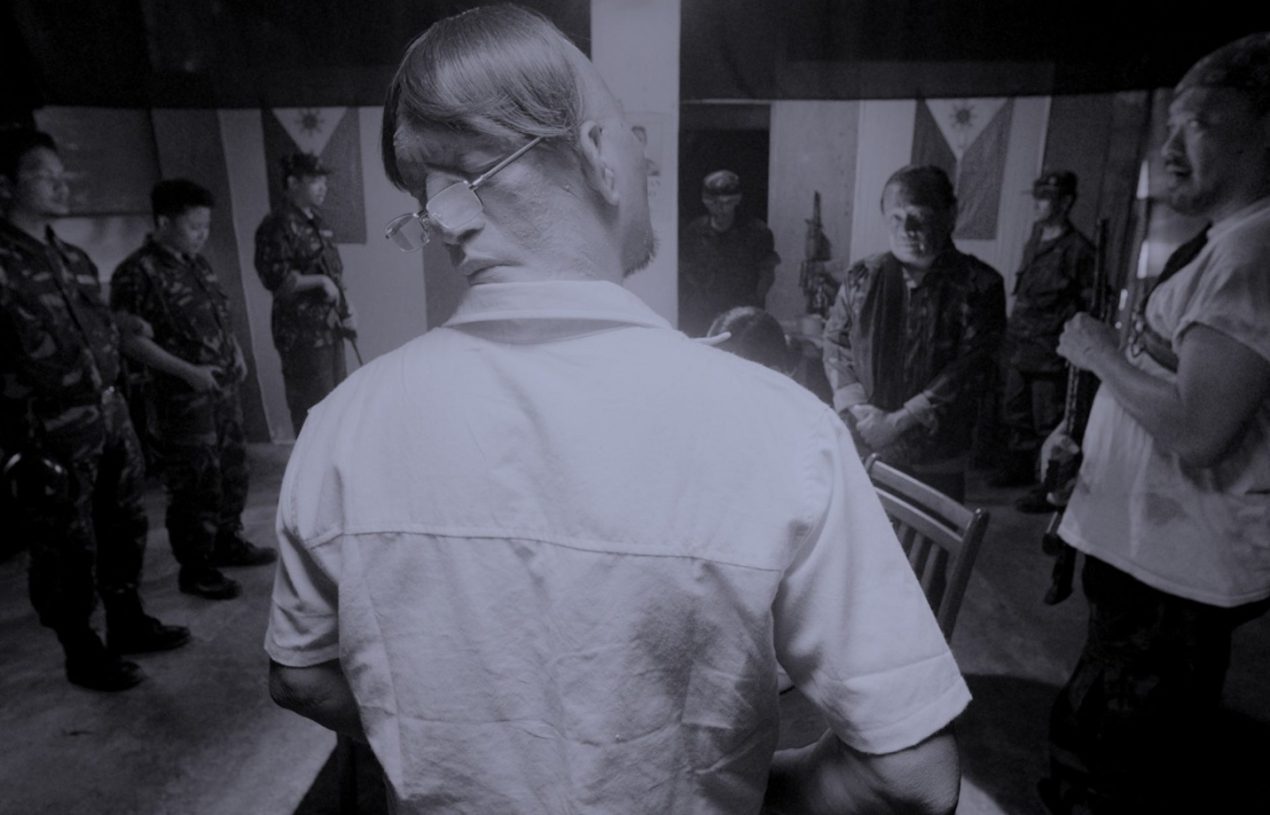 Those of you who have been with me for a couple of years already know that I have been a huge Lav Diaz fan. Melancholia, my first film by Diaz, thoroughly impressed me and when I began to see his other films I felt that there was something very special in there. I wrote my PhD thesis on three of his films and on the director’s use of duration and absence. I wrote two book chapters on him, conducted an interview with him for publication. But there was a point when I was worried that Diaz would change his style, regardless of what he said in interviews, in order to attract a wider audience. Norte, the end of History was the beginning of something that became more and more obscure. For the first time, a Lav Diaz film was hailed as a masterpiece outside his hardcore fan circle.

I wasn’t a fan of Norte and often expressed my concern about the future of Diaz’s filmmaking. It wasn’t the use of colour, which irritated me, but the fact that the storyline had little surprises. It was an easy film, not as bad as Hollywood, but the viewer nevertheless didn’t have to do much work. The next film, From What Is Before, was a superb counter-argument to a potential decline. But, in fact, this was the true beginning of the end because he began to make films that were everything he had always rejected in interviews. The mentality changed. Friends, like me who did everything to help, became enemies. Success spoils people and the Berlinale Silver Bear for Lullaby to the sorrowful mystery was perhaps too much. It was a deserved award, no doubt. But something changed afterwards.

With Season of the Devil, Diaz returned to Berlin. The film was described as a rock-opera, but it is neither rock, nor an opera. It is a bizarre attempt at trying something new and hoping not to fail. I clearly remember some ecstatic reviews. As was the case with Norte, the positivity about the film comes from the simplicity of the film. There are no challenges, there are no question marks. Nothing is hidden. All cards are open on the table and everything the viewer needs to do is sit and let the images wash over him/her.

Season ‘s visual aesthetics are familiar terrain for Diaz fans. The black-and-white, often in high contrast, is a great visual support for a narrative set in the darkest of times for the Philippines. More than in his other films, I find, there is a link between past and present. But what used to be pointed to, is turned into a clear mirror image. What Diaz shows, the dialogues he wrote – all of this is happening once more in the Philippines. With the election of president Duterte in June 2016, the dark times of president Marcos’ dictatorship resurface. What happened, happens again and we can be certain that nothing, not even brutal atrocities, is ever over. In particular the extra-judicial army Diaz introduces at the beginning of the film is a clear pointer to what is happening in the country right now.

There is violence, there are disappearances, but there is also resistance. There are two distinct parts, I find. A quiet one, a real pause for breathing, and a part in which all dialogues are sung. And it is the latter that ruin the film, but continue the director’s drastic change (and the critics’ absolute joy about his films). Not so long ago, I saw The Woman Who Left, which stood out because of bad acting and a transparent narrative that didn’t engage the viewer. Devil goes even further. It remains an issue that Diaz now chooses actors and actresses, well-known in the Philippines, but who are just that: people who act. They do it badly. There is no sense that the characters we see live their roles. There is no sense that there is an experience on the side of the actors/actresses. It’s a bland role play, over-dramatic, over-theatrical, which makes it difficult to sit through it for four hours. The majority of shots follow a logical sequence. If there is a man sitting at the table and writing something, we expect to see in the next shot what he has written. Never before would Diaz have given us access to this letter. Now he does and these logical shots are the ones that create boredom (in me). It’s not the length of the film, it’s not the cinematic slowness. It’s the logical, linear narrative combined with bad acting.

What strikes me as most incomprehensible are the sung dialogues. They’re ill-placed and after two hours and dozens of “la la la la”, one cannot help but ridicule the entire film. One shouldn’t, of course. The subject of the film is important and if Diaz had made the film without singing it would have had a serious effect on the viewer. But the persistent, monotonous rhythm, the illogical “la la la” only to fill empty space and empty time, is the worst I have seen in any film in a long time. It simply doesn’t do justice to the seriousness of the story Diaz tells. It is an attempt-gone-bad at trying something new. If The Woman Who Left was a clear step towards the downward spiral of Diaz becoming an average director, Devil makes him a below-average one, having lost literally everything he still stood up for until about six years ago.

Season of a Devil is a film, not an experience. Even if it was an experience, it is certainly a bad one and it makes me wonder just where Diaz will take his new approach to filmmaking. It’s not a problem if a director decides to change his style. Many filmmakers have done so and even though it is disappointing to their followers, it usually accompanies a change in the director himself as well. This doesn’t seem to happen to Diaz, all the more striking because he still defends his original ideas he had when I started writing about him. He continues to speak negatively of Hollywood, of bad acting, of the stupidity of linear narratives in interviews all the while he more and more does the things he continues to verbally attack. The director who speaks is not the same who makes the film. And this, I find, is the most stunning change in a director I have come across since I started studying film about eleven years ago. Next week, Diaz’s latest film The Halt comes to French cinemas and I wonder what he has fabricated this time…

aesthetics, black-and-white, cinema, duration, Film, From What Is Before, Lav Diaz, Melancholia, musical, Nadin Mai, Norte The End of History, Season of the Devil, Slow Cinema, The Art(s) of Slow Cinema, time
Share :