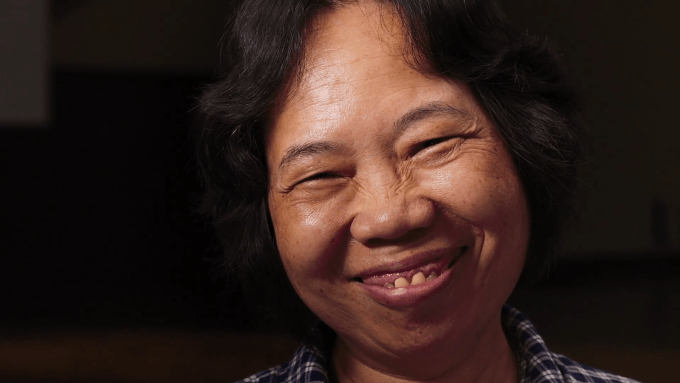 When have you last looked at someone? I mean, really looked at someone, took your time to study every detail. I remember this marvellous shot in Silence in Dreamland by Tito Molina in which one can see the pulse in a close-up of an old woman’s neck. A beautiful, an intimate shot, a detail that is not often on a big screen. The idea of pulsating life is often shown in other ways, primarily through action, of course.

Not everything in the world can be expressed with words. We communicate mainly through our body language. Even though we might think otherwise, words make up only a small part of our human communication. Slow films are all about the body. Maybe one could even describe it as a cinema of the body, because it is very often the body that tells the story. There are few films where this is even more expressive than in others. When, in Béla Tarr’s The Turin Horse, dialogue is reduced to a couple of sentences and the young woman and her father can do nothing but contemplate the coming apocalypse, there is little else which can “speak” except for the body and the landscape.

In Tsai Ming-liang’s films there are two main elements to this. First, there is the special position of architecture in his films. I, for my part, cannot recall any other films that are so strong in their use of architecture in the telling of a story, in expressing the inner feelings of the film characters. The second element is clearly his use of the body, most importantly, of course, the body of Lee Kang-sheng. In an earlier film, Visage (2009), Tsai already experimented with close-ups of his characters’ faces, which he hadn’t done before. He used to show his characters in long shots, medium long shots or, at best, in medium close ups. In Visage, he used several close ups, which, when I watched the film, was a real change and felt much more intimate all of a sudden.

One could say that Your Face (2018) is an extension of Visage, albeit in a much more radical and also minimalistic way. It isn’t new that Tsai has been moving towards a cinema for galleries in recent years, video works that are much more open than his fiction films. Your Face is somewhat at the threshold, hovering somewhere between cinema and gallery. It could perhaps be rather strange to see this film on a big screen in a dark auditorium, and yet I think that it would create an interesting challenge and pose the question as to what a cinema experience can be like.

Later on, there is a man who sleeps in front of the camera, letting his head slump onto his chest. He is snoring every so slightly, his breathing feels incredibly close. There is an almost haptic proximity to this scene and the question as to whether we should watch this man or whether we a crossing a line here. Perhaps, this is something else that characterises Tsai’s work: the idea of voyeurism. Where does it start? Where does it stop? When does the observation of people become voyeurism? The cut Tsai uses to take us to another woman is almost brutal. The elderly, quiet, sleeping man is replaced with a woman who speaks freely about her love of money. She speaks about how she entered the beauty business, but Tsai gently pushes her into recalling events in her life that she struggled with: the time she was poor, the time she got divorced. It is interesting to see how she tries not to get bogged down by thoughts about those periods, which surely weren’t easy. What Tsai portrays here is an independent, proud woman who worked hard to be where she is today.

Your Face is not a film of talking heads. There are people who speak a lot. They don’t need questions in order to continue their thoughts. Others engage in a dialogue with Tsai. Again others remain silent and their silence becomes the more oppressive the longer Tsai’s takes last. Silence here is not silence, the act of not saying something. It is more another form of expressing thoughts and feelings. Once more, the person/character may be silent, but this doesn’t mean that s/he doesn’t say something. In Your Face, Tsai shows that silence is simply another form of expression, perhaps a form of expression that goes much deeper than words ever could. And what about this elderly man, who remains silent except for the music he performs with his harmonica?

Although the film’s title might easily suggest that Your Face be about a close-up study of people’s faces, a cinematographic invitation to take a look, to see. But I think that it would be more correct to speak of the film as a study of communication processes, of means of communication and their different effects on the viewer. Again, perhaps I wouldn’t speak of Your Face as a film, but as an experiment. Even though it is different in nature, I would nevertheless add it to the Walker-series, because there, too, Tsai experimented: with time, with duration, with movement. At the same time, it might be proof that Tsai has definitely left the world of feature film. In Afternoon, he said that he was done and seeing those experiments are a clear confirmation of this.