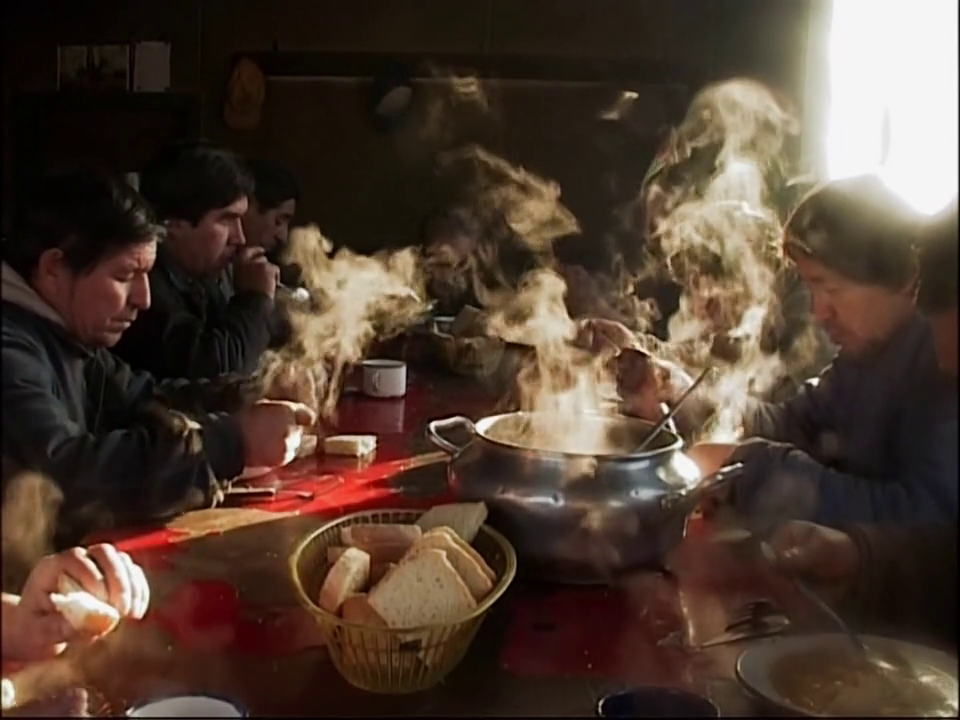 Perhaps, there is no better film right at this very moment than Carlos Casas’ Solitude at the end of the world. It’s been ten weeks that I haven’t met people. Ten weeks of confinement at home, ten weeks that showed me just how dependent we are on one another. It is wrong to think that we can live alone, in solitude. I myself have always preferred solitude over a party at a friend’s place. I preferred cuddling up on the sofa with a book and a good coffee over leaving the house. But this has always been a choice I made. Today, as half of the world’s population is confined at home – yes, almost four billion people could not leave their houses at some point in April – this chosen solitude becomes a forced solitude, and with that it has a completely different meaning.

Solitude can become a weight. Solitude can make us hyperaware of Ourselves, of the lives we had lived and are currently living. Solitude always poses questions, which is why many people don’t like it. Removed from the usual day-to-day activities, from the noise of routine, we become flooded with questions, with thoughts, ideas, fear. But, as Casas shows, solitude doesn’t have to be an overwhelming, stifling experience. There is something beautiful and serene about it, a place of rescue and refuge.

Patagonia. A region that I often imagined as a distant magical place in the past. Vast, empty landscapes. Snow-covered mountains at the horizon. The days often cold and dark, stretching experienced time beyond the what we would perhaps call “normal”. Being with Casas’ three men in this lonely environment is magical and moving. And indeed, it is soothing. Sitting on my sofa, ten weeks into my own solitude, I feel a little less alone. These men have chosen their solitude, very much like Ben Rivers’ character in Two Years At Sea (2012), which was just as serene. The men in Patagonia, they are, however, not so much alone, but alone together.

It pinches me when I see them come together for a hot meal. They eat quietly, like monks do, perhaps contemplating the present. Or perhaps, they don’t contemplate anything. Perhaps they just want to be in the present moment, sucking in the energy and warmth they get from being there. One man, from Chile, remembers. He remembers football. He remembers the coup d’état in 1973. He remembers that it was his turn to play the ball on the pitch when the most powerful earthquake ever recorded struck the country. His wife, his son – they found death under the rubbles. This man in front of us, who remembers, moves and engages us. The weight he bears doesn’t come from the solitude he has chosen, but from the dramatic and incisive past he has traversed. I wished I could have listened to more stories. I wished I could have made this suffering more bearable by listening a little longer to him. But the Casas cuts.

There is another man who sits by a gas lamp every night. He writes something we cannot see, browses through sheets of paper and a book. This man, perhaps in his late 50s or early 60s, teaches himself how to read and write. Do you not raise your hat to someone like this? Do you not feel respectful, in awe even? “It would be great to know how to write and read even a little bit,” he says. “Those who do not know anything are just animals in clothing.” He begins to ponder his life, his solitude, dreads the thoughts that come in from time to time. Outside, he looks after his dogs and his horses, living in harmony with nature, with his chosen home, somewhere. Nowhere.

A strong wind blows at the coast. The Argentinian flag is no more than a ravaged piece of cloth on a pole. “Wherever the first train goes to,” Casas’ third man once said to his mother when she asked where he would go. A multitude of jobs are behind him. A multitude of lives. Until he ended up at the sea, which trapped him, which tied him to the place he is living in now. The surrounding buildings are in a shambles. Everything looks rundown, makeshift, temporary. And yet, the man cannot leave. He feels compelled to stay with the sea with its rhythms, its anger, its peace.

“Solitude means so much. It’s like, you like it because you want to forget about about this noisy world, you don’t want television, you don’t newspapers and no radio…nothing. But suddenly it becomes a big load, a weight. You get so lonely, so lonely, so lonely that suddenly you need company, human interaction. You live it, feel it, chew it and say: wow!”

And how else could I finish this post about solitude, written in solitude, dying for human interaction? Carlos Casas made the film in 2006. When I saw it for the first time many years ago, I was impressed, but couldn’t feel what the men said about solitude. Today, confined at home, I know. Today, I feel it.