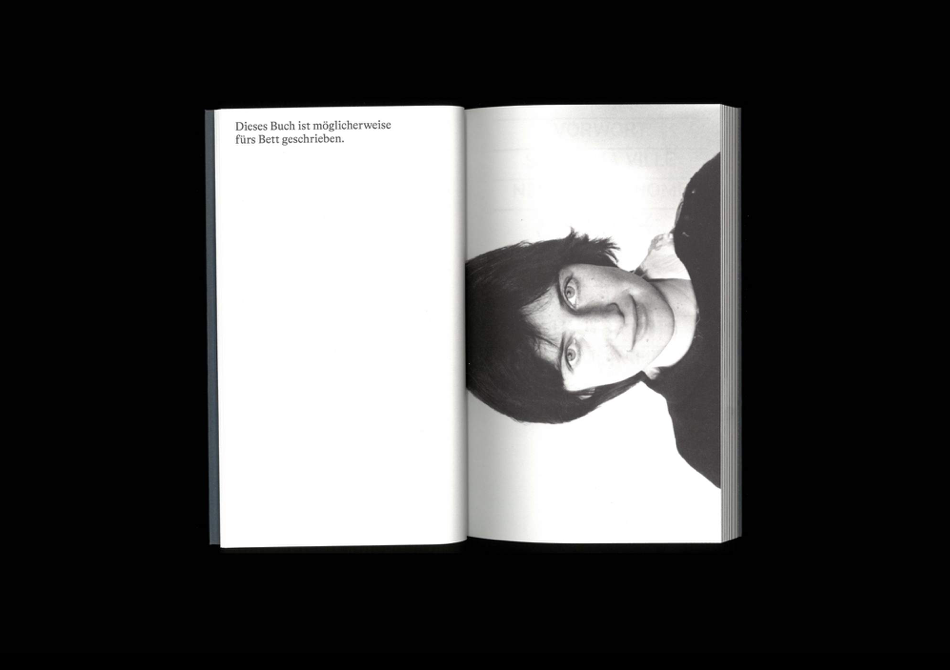 When Chantal Akerman left us five years ago, her seemingly endless journey stopped. She had reached her destination, the last station on the line. Yes, Akerman’s more minimalist films were all about stasis, visually. But deep down, hers were films about journeys; into memory, into history, into herself. Stasis and movement depend on one another, they exist because of one another, not despite one another. Akerman’s stasis was an expression of movement, of journeys past and present, about journeys made and journeys to have.

Jérôme Momcilovic described Akerman’s cinema as nomadic cinema, cinema which is constantly searching. I have often thought about them as wandering souls, uprooted and now searching for a place to stay. To come home.

Home. This is what the Akerman family lost. It’s the place Tine Rahel Völcker traveled to, this home, these roots which were uprooted because of the war, because of hatred and antisemitism. Uprooting is generational violence, it is passed on from generation to generation. Death isn’t the worst outcome, no. It is the absence of roots that inflicts much more violence, reverberating violence, on people than prison or execution. Not having roots means psychological death. The body is a shell, an empty shell that seeks to be filled.

In D’est, Akerman travels eastwards, the opposite direction her family took many decades before her. Völcker also travels eastwards. She goes to Tarnów, Poland, where Akerman’s grandmother was born, where this young woman at the age of 15 was married to a local cantor, and where her mother, Natalja, was born. The roots are in Tarnów, roots of happiness and pain. But those souls were uprooted just before the war, when the family moved to Belgium.

Chantal Akermans Verschwinden, Völcker’s account of that journey, is a fascinating read. It’s simple, everything but high-brow literature and it is hard-hitting. Its accessible style allows all of us to join her, but the heart sinks when we realise that the origins she was looking for were gone forever. “There were no Jews in this village,” one man says. She visits a memorial, a single pillar left from the local Synagogue. Only 9 out of over 25,000 Jews in Tarnów survived the war. Nine souls, nine erring souls who lost everything. Deportations and executions emptied the city.

The end of the war didn’t bring respite. Those Jews who returned to the area had to flee once more in 1946. The pogrom of Kielce drove the remaining Jews along in front of it, like a broom sweeping clean the area. In 1993, the last Jew of Tarnów died. The 500-year-old history of Judaism in Tarnów came to an end. Today, many people don’t know anything about it. A clean sweep.

These are the origins. Death and persecution. Regular pogroms, even before the war. With the death of the last Jew, nothing of Akerman’s origins is still left. There is only a hole, a black hole which sucks everything in. “The whole city is a cemetery,” Völcker writes. “What can you do here?” Reading is feeling, and I can feel Völcker’s emotional rollercoaster. Especially her realisation that no one knows Akerman and her films. It’s as though she has never existed. This isn’t about her Jewish origins anymore. “It’s because she is a woman,” a woman tells her.

Völcker’s physical journey is also an appreciation of Akerman’s aesthetics. There is the camera in News from Home, a camera which is not so much distant but respectful, not intruding in the life of those people she films.

She infused her films with something that was lost in Tarnów. It’s a way of remembering. And of returning to her origins.

There is Akerman’s use of time in Là-bas, which, in its very stasis, moved me and stayed with me for a long time. Akerman allows the time to pass, almost as if watching it. It is the time of her family and her history, and of the history of others. The camera, Völcker writes, allows time and people to pass by.

Reading Völcker’s account of her personal journey, tracing Akerman, her films, her pains and thoughts, can be as unnerving as Akerman’s films. As Momcilovic writes in his book on the director, we are being touched by the films. We’re also touched by Völcker’s account of the films. It’s unnerving, it’s uncomfortable because it is personal and because we have lost our connections to people and to ourselves.

Völcker’s book reminded me so much of Momcilovic’s, albeit Völcker’s voice, as a woman, is one of anger. There is a certain force in her voice, which is needed because it cracks the silence that so often takes over. If you’re able to read German, I recommend giving Chantal Akermans Verschwinden a go.