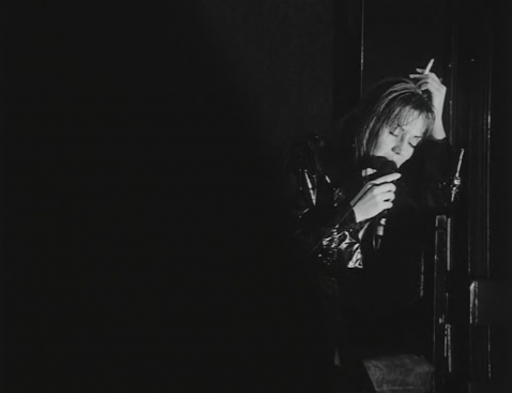 Today, I am not writing about a slow film, or a book. Today, I am not reviewing something, or marvel about a wonderful film from India, China or Lesotho. Today, I want to think through what is currently happening to us, to me, which is closely linked to my work on Slow Cinema.

The fourth annual Slow Film Festival has come to an end. Despite the corona hiccups, which all festivals had to handle in one way or another, we managed to set up a strong online version this year, with a couple of live events, and accessible to everyone for free. It was something new we had to learn about. Programming an online festival is not the same as programming a physical festival, but it was perhaps a lucky circumstance that we had to face this year. Now, we are ready for similar adventures in the future.

Every time I watch our submissions, I am conscious of the world of film. I like to find out where our filmmakers come from, where talent is growing and where we have a promising new generation of filmmakers. Programming a festival is also about becoming conscious of the power you, as a programmer, have in shaping the image of what cinema is. Like photographers, who crop their photos to put emphasis on a specific part of a story they want to tell, so programmers, in their choice of films, tell a story about cinema.

In my writing, every time I choose to select a specific film, I (consciously or unconsciously) decide what image of Slow Cinema I want people to see. Yes, Slow Cinema is global and I believe that it is a form of cinema which allows us to truly savour the world in all its facets. It is a form of cinema which takes you to many countries, shows you the many ways of life in a multitude of place without ever forgetting what the underlying message is: the human condition in the here and now.

Before I went to university, my knowledge about film was limited to whatever Hollywood dished up. This changed over time, primarily thanks to my university classes but also thanks to my interest in Slow Cinema, which allowed me to see beyond the openly visible. With my PhD on Lav Diaz I went (geographically) further than I had ever been before. And, I cannot deny, I enjoyed it because I learned a lot, also about Europe. What was important to me at the time was to try to understand Diaz’s films from a national/local perspective. It wasn’t always easy, but I managed even though I wished I could have done more. Throughout my PhD I didn’t feel as though European and American literature could explain a Filipino film to me. It was an understanding which developed the more I read. I didn’t make myself many friends with this approach, except for outside Europe, I have to say, which was always frustrating.

But I walked my way and I’m happy with it today because I’m free inside my mind. I was also happy that I was invited to be a consultant for a new project on world cinema. I felt privileged. I seem to have been invited precisely because of my work on world cinema. Slow Cinema is world cinema, no one can doubt it. Unfortunately, this project became yet another wound, adding to previous wounds and, in particular, to the loss of an opportunity to finally, after so many years, to publish a book on Slow Cinema. After a little while, I noticed that the project wasn’t so much about world cinema, but about European and American cinema. The project was supposed to be informed by literature, which also turned out to be exclusively from the West. I felt uncomfortable and pointed out to the team that a project on world cinema cannot be limited to the West. Interestingly, the subject wasn’t discussed in the team. As soon as I said it, it became a private discussion between me and the team leader, in which I was told that the project wasn’t a place for “this bullshit”. I was told that masterpieces were always white European or American, that it was just the way the history of cinema evolved. It sounded as though ‘we’ rule cinema because ‘we’ invented it. I was accused of being ideologically brainwashed and of aiming at “destroying human civilisation”.

Everything I write and say is informed by my German and European upbringing, by my life abroad with many nationalities and languages, but also by my reading of literature from beyond my geographical borders. I don’t read as widely as I can because of a supposed leftist ideology. I read whatever interests me or what I think could help me understand a film or a filmmaker better. It comes naturally, just as I follow my heart when I say that the strongest slow films come from China at the moment. I should not be accused of running after leftist ideology because I believe that there is more to life (and art) than only thinking about your own national productions. It is incredibly fruitful and, to me, also a sign of maturity to look beyond the obvious.

That said, I feel utterly torn between I-am-going-to-kick-asses-and-work-even-harder and I-just-don’t-have-the-energy-for-this-bullshit anymore. What has happened to us that even cinema becomes an ideological fight? How did we get here? It hasn’t happened before. Everyone was entitled to their opinion without being shouted out immediately. There is no space for debate anymore. Instead, we have hardened frontiers between rigid opinions, and I’m unsure whether this will be good for art eventually. We see what this development is doing to our political landscape. Art has always been a sort of escape where a multitude of interpretations and feelings were allowed. I have a feeling that we are losing this, and if we do, then we are losing art.

The more we continue to teach predominantly European and American cinema, the more we continue to fill our festival line-ups with predominantly European and American films, the more we reinforce the idea that cinema is white and Western. It shouldn’t be an ideological battlefield, it shouldn’t be something to fight over. Art, because it is always about the human, is human. Which in turn makes it global. It doesn’t matter where an artwork originated. What matters is what it says, how it says it, how it reaches and touches us. If a film by an Indian filmmaker touches me in particular, then this has nothing to do with my “ideology”. It is because the filmmaker, as a human being, has managed to move something in my subconscious, in my soul.

I’m tired. I’m tired of political discourse entering the experience of films. I’m tired of having to justify myself for thinking that masterpieces come from all over the world. It is bad enough that my uncle rejects me and hangs me out to dry because I’m apparently keen on putting everyone into a Gulag. Now, the increased division in society seeps into my work and it frightens me. Of course, we could brush this under the carpet, but we all know that this isn’t an exception, it is the first look at what is to come. Considering cinema as global, rather than national, becomes just one more opportunity for people to slap the leftist sticker on you and to open the ideological battlefield.

Is this really where we are at today? Do I really have enemies because I believe masterpieces can be made anywhere in the world? Do I really have enemies because I think that cinema is human rather than based on nationality, geography, etc? Can my writing, which has absolutely no aim other than putting thoughts to paper on the films I love, really become a springboard for people attacking me as a traitor to the European heritage of film?

What have we become? And how can I continue to write?