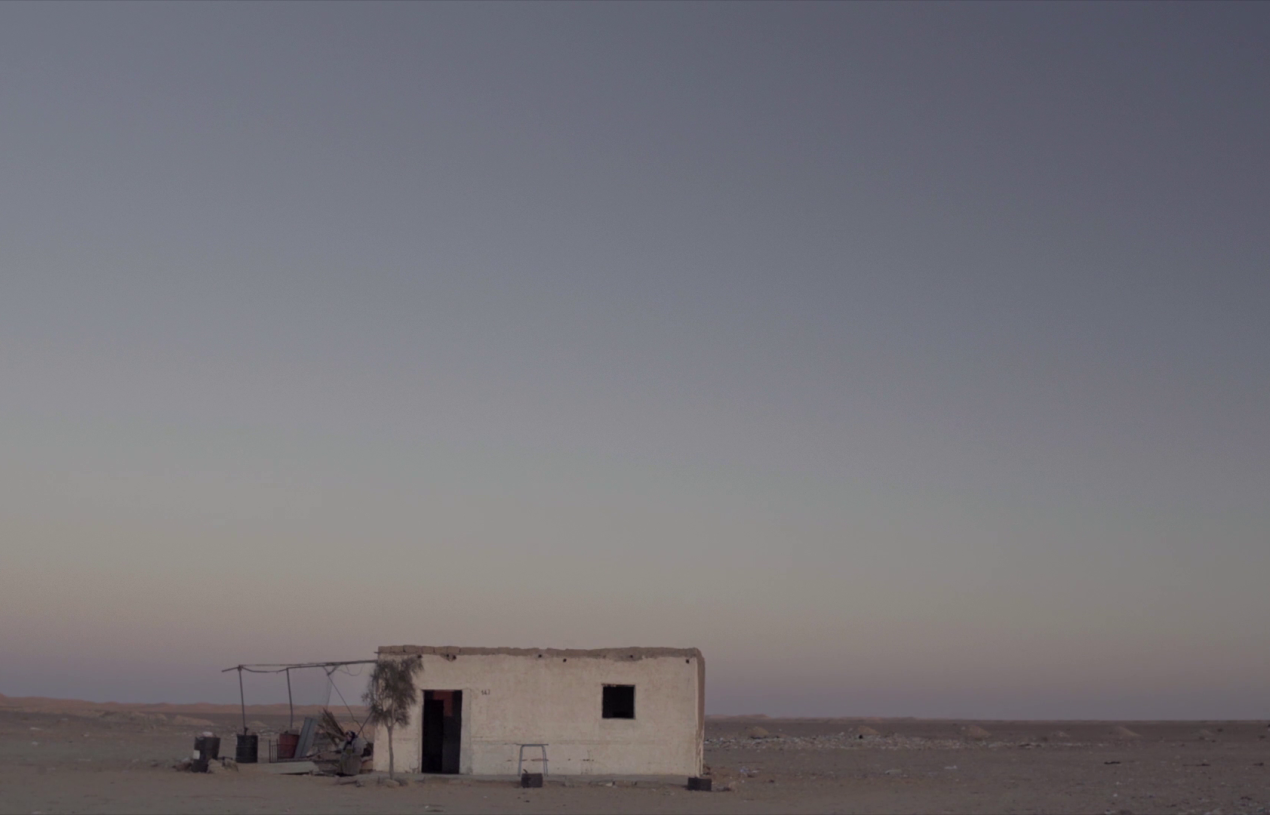 With all your efforts, you’re amongst the best people on the earth.

I’m in Algeria. In the middle of nowhere. Along a road busy with lorries traveling from A to B. Somewhere in this nowhere, surrounded by the sand of the Sahara desert, there is a small coffee shop. A house, in fact, where an elderly woman lives, sleeps. And survives.

Malika. Queen. I remember this word from my (basic) Arabic lessons. It’s something that stuck. Like El-Assad, the lion. But there are no lions here. There are gazelles, no longer as many as there used to be. The Qataris come to hunt them, they say. It’s tasty meat, they say. Meat that they, the normal Algerians, can no longer afford for themselves.

Malika. The Queen of the Desert. The woman who the men always return to to have a tea, an omelette. An omelette with sand, Malika jokes. The sandstorms, the speed of the lorries, spread the sand everywhere. Malika repeatedly wipes down the table with her hand. One can hear the sand under her hand, a hand that has wiped down the table for years, if not decades.

Things have changed here in the desert. There used to be nothing but sand. Nothing but the wide landscape, the emptiness, the void. Nothing but nature, which changes the landscape with every single wind gust. A sculpting nature.

Hassen Ferhani’s 143 Rue du Desert is many things at once. It’s an observational documentary. It is the portrait of a woman, who witnesses the changes in her surrounding, the changes in and of life from the windows of her coffee shop. It is the portrait of her customers, each one having a story to tell. They are mostly lorry drivers, who always stop to have a chat, to take news, to pass on news.

There is one man, who’s been doing his long journeys since 1981. He can neither read nor write. Doing this work is the only way for him to earn a living. Or whatever he can. Another driver, pretty young compared to the other men who drop by, tells us that the job market is dead. The transport market is dead. There is no longer life in the area, only survival. As the man says, the people who work in transport are neither unemployed nor really alive or dead. They can barely scrape by. Long-haul drivers die a slow death, he insinuates. The desert they cross day after day becomes a coffin which slowly closes up on them.

I accept my fate, whatever it is.

Malika is alone. She has neither a husband nor children. Her parents have long been dead. Her two dogs and Mimi, her cat, are all she has. “If I don’t hold on to God, what can I hold on to?,” she asks. 143 Rue du Desert is oscillating somewhere between hope and hopelessness. One gets the impression that Malika likes meeting all those people (most of them anyway, there are exceptions). This is what’s left in her life. This is life, in fact. But it’s slowly crumbling, too.

Next door, a gas station will open. Perhaps with a canteen. What will happen to Malika’s coffee shop? And this is where the other side comes in. Malika says that she’s tired, that she spent her whole life in that house. And yet, she doesn’t make a move to leave it behind. Even when she is being offered a chance to leave everything behind, she hesitates and turns down the offer. At the same time, she gives the new canteen two to three weeks before it has to shut down again. 143 Rue du Desert presents many perspectives, but not always through a multitude of characters. Malika herself represents all possible perspectives.

We’re at Malika’s place, the gatekeeper of the void.

A woman, perhaps in her thirties, gets off her motorbike. She is alone, coming from nowhere and going nowhere. Her name is Maya. Maya and Malika. Two women, unmarried, childless, alone, free. But I have the feeling that they have a radically different sense of freedom. For Maya, it means being able to travel from country to country, whenever she feels like it. She isn’t attached to anyone or anything. For Malika, freedom means doing what she does: having her little coffee shop, speaking to the people who come around. Being where she is.

Communication is difficult between the two women. Maya tries to communicate with her rudimentary French, but she’s not successful. Hassen, as the man behind the camera, intervenes and acts as a translator to facilitate the communication. The director is present. He doesn’t hide, he doesn’t shy away from intervening. He breaks the fourth wall, as do the people who he films, especially Malika. They often speak to Hassen, to the camera, to us. How do we respond?

Malika’s coffee shop at 143 Rue du Desert is a microcosm of Algerian society. It is a portrait of what is happening in the country at the moment. The multitude of people who drop by, each with their individual thoughts, opinions, problems, and concerns for the future, allows us to get a sense of life in Algeria.

I don’t want rights from the State. I’m independent.

Everything turns around Malika’s little booth, quite literally. When a man with his self-made drum arrives and begins to play a beautiful rhythm that one simply has to follow, Hassen’s camera begins to circulate around Malika’s house. For only the second time in the film, the director moves the camera. Stasis is what’s characterising the film. It’s as though the coffee shop is a tiny planet in a large solar system that is constantly in movement, in a permanent flux.

Hassen’s beautiful photography, especially his shots from inside Malika’s house, supports this idea of a small island in the middle of a vast ocean. The double framing that occasionally occurs made me think of Béla Tarr’s Werckmeister Harmonies, where shots through door and window frames give a sense of both imprisonment and stability.

And it is this push-and-pull which is also at the centre of Malika as a person. A wonderful human being, I believe. I would love to stop at her place for a tea, somewhere in the middle of nowhere…