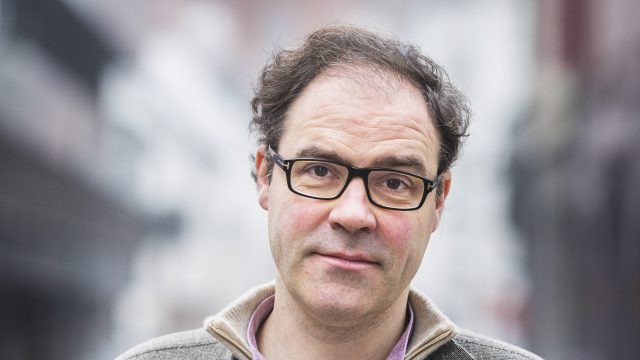 Especially since the widespread use of smartphones and social media, life feels extremely fast. Notifications from all kind of apps take over our phone screen, the news outlets hop from one breaking story to another, and weekends no longer feel like weekends but like weekdays instead. The 24/7 news channels, which saw their real breakthrough with 9/11, install a feeling of permanent crisis because it is the succession of crises that feeds those channels. French philosopher Myriam Revault d’Allonnes considers this “endless crisis” (‘la crise sans fin’) as the most defining characteristic of modern times. I made use of some of her work in my book Human Condition(s) — An aesthetic of cinematic slowness (2021) because Slow Cinema, despite its outwardly laid-back aesthetics of slowness and minimalism, is a cinema of crisis. It is a cinema of the human condition in crisis.

And then, in 2020, the pandemic, which is still ongoing, struck and brought this frantic and vicious cycle we were stuck in (I’m thinking of a hamster wheel now) to a halt. The large number of crises became one large and overwhelming crisis, and time seemed to have stopped, suspended. The clocks kept ticking but we never felt the artificiality of the mechanical clock, and therefore time, as drastically as in those moments when, sitting on our sofas, waiting for nothing to happen, the time which our clock indicated lost all its meaning. It was in those moments that many people realised that they actually had time, that not having time was more of an external constraint and/or self-imposed.

Avoir le temps — Essai de chronosophie (2021) by Belgian philosopher Pascal Chabot came at the right time. After a whole year of having nothing but lots of time because public life came to a halt, reading about time was quite fascinating. To Chabot, living means nothing else but having time. Life equals having time. It’s not something that you would normally think of when you were asked: what’s life all about? I stopped reading at this moment because I had to reflect upon Chabot’s argument. I had to go a little deeper in my own thinking and realised that, indeed, time is life. Life is time. When we die, time stops. Not for those we leave behind, but our own time stops. We no longer have time when we’re dead. In some ways, we are aware of this connection between life and time. It’s for this reason that so many of us cramp up our life full of things to do, things we ‘must’ do before we die because ‘we’re running out of time’. But it’s a bit as though we have become machines which follow this mantra without always knowing why. Running after time has become so normal for us that we no longer question it.

At the heart of Chabot’s book lays a dispossession we have to grapple with. If we have nothing but time when we’re born, throughout life we’re repeatedly dispossessed of it because of external constraints we don’t always have control over. Thought of in simple terms, you have to abide by a schedule to make it through the day: you have to eat, work, sleep. You have to go shopping, organise this and that. You must go to the bank, but your bank isn’t open at lunchtime, so you have to return later. Your GP cannot see you before 6pm and you have to pick up the kids every afternoon around 3. It’s not always you who decides about what to do when. It is mostly others — individuals, institutions — that control your schedule. They dispossess us of our time. Our struggle today concerns the fight against this dispossession. Who doesn’t want to have more time?

This is key to our post-modern days. Time is everywhere. It is almost impossible to think of a day ‘without’ time. The result is that our problem is not so much ‘having time’, but ‘spending good time’. Quality over quantity, this seems to be the major challenge nowadays. We do a lot of things at once. Multitasking has become the norm, even though there is ample evidence that our brain isn’t made for it. Nevertheless, we squeeze as many things as possible into our days because we’re convinced that we’ll free up time this way. High quality free time. This isn’t what’s happening, though. Instead, we end up with a fraction of experiences. We, kind of, experience our life horizontally, rather than vertically. Surface experience — this is what defines our lives.

Something that I’ve been noticing particularly strongly since the beginning of my mental health struggle is that I seem to live in two temporal worlds at the same time. And, indeed, as Chabot notes, there are different temporal orders: the order of time, as we know it, and the order of our mind. The latter is much more freeform. It is the source of creation, it is sovereign. It fast forwards, it rewinds whenever it wants. Perhaps, the mind not so much has a temporal order. I would go as far as saying that there is no order. The mind goes wherever it wants to go, it is in control of its own time, whatever this time might look like.

A third temporal order, according to Chabot, is the ‘time of civilisations’. Let me quote at length:

That we run after time nowadays is because we have misinterpreted time. This isn’t Chabot, but me saying this. Science has objectified time. Contrary to the Arts, Science has always been a rather straightforward yes/no equation. This makes it (seemingly) objective, whereas the Arts (and their interpretation) tend to be subjective. ‘Misinterpreting’ time, I agree, sounds wrong, and yet, and yet… given our suffering and our desperation over ‘not having enough time’, I cannot help but think that we simply took the objectification of time too seriously. It is one of those ‘inventions’ that allowed our civilisation to progress, but which also triggered a regression in terms of quality of life (time).

For Chabot, time always has an interpreted basis. Destiny is one, so is Progress, this (linear) drive to advance civilisation. Destiny is written for us; Progress is something we write ourselves. Both are, in their own ways, a straight railway track on which we used to run. The problem is that our train has jumped off the lines, and we’re now facing the ‘hypertemps’ Chabot describes. This hyper-temporality is focused on the present, on the here and now. Again, 24/7 news is a great example of this hyper-temporality. The interesting aspect is that, even though we focus on what is, our train seems to struggle to stay on track. It is now more a rollercoaster that causes nausea in many. And while we’re travelling up and down and in all kinds of directions, so much so that we’re getting sick, there is the ‘délai’ at the horizon.

Our time on this planet is counted. We know that our civilisation will eventually die. The only question is how. Here, I have to think of Viktor Jankélévitch, whose work I also use in my book. His “entre-deux-temps” explains the anxiety we’re going through at the moment: we are fully aware of the end, but we have no idea when the end will come. The climate emergency (it is so much more than a crisis) gives us a glimpse of the end, which we, as Mankind, may well have to face.

And while we’re suspended in this acknowledgement of the end, we continue the wild ride through our hyper-temporal lives. What a strange time to live through!