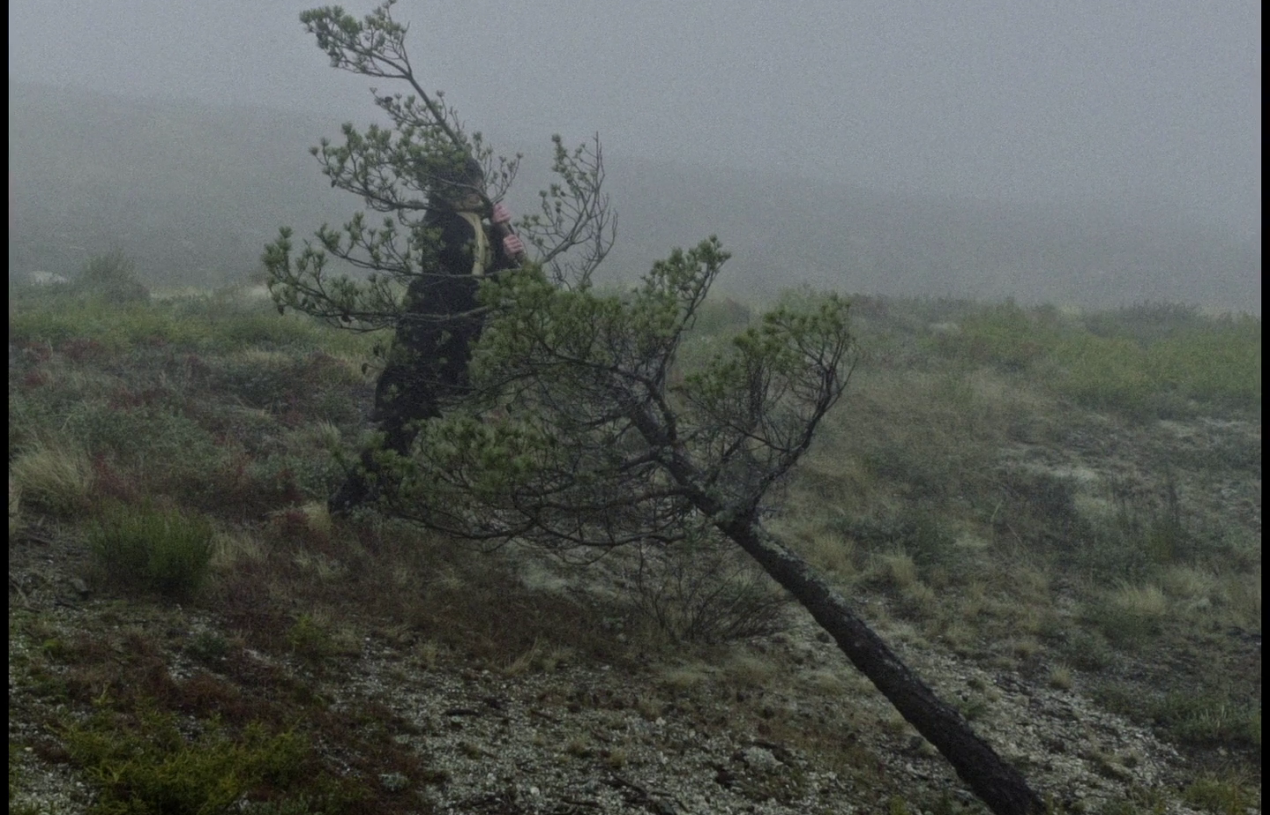 Ten years ago, I began to write articles on cinema. The word ‘article’ is perhaps not entirely correct. I tried to put words to some of my ideas during my PhD. I had to write to formulate ideas and further my arguments. I did so for everyone to see. When I read the manuscript of my book Slow Aesthetics, which was published in Arabic by Rewayat, I became aware of the development, of my development. Each year, the texts I put together became better because each and every one of them allowed me to play with thoughts that were difficult to talk about, but which came easily when I had the chance to write them down.

Slow Aesthetics showed me just how profound the development was, and I continue to learn to make my writing better. I have always sought to look at films beyond established frameworks. I never bothered with the slow-film canon. I followed my instinct and my feelings. My writing was more often than not guided by experience, not by the intellect even though the element of experience has become much more prominent in the last couple of years. I continue to believe that only an experience of a slow film allows us to ‘understand’ it albeit I don’t necessarily speak of ‘intellectually understanding’ it. Once we ‘understand’ a slow film, we come a little closer to understanding ourselves.

In April 2021, I published my first monograph. Human Condition(s) – An aesthetic of cinematic slowness was my first attempt at pulling all my thoughts together to create a coherent piece. Self-publication is exhausting. I made mistakes, I learned a lot. That a publisher was interested in releasing a collection of my articles for an Arabic audience made me immensely proud. I could never gain this kind of success in the Anglo-Saxon world. My writing was, and still is, too different. It never fit, it never followed established Eurocentric views and frameworks. It just wasn’t interesting for publishers, in particular academic publishers.

At the same time, I could see just how many Anglo-Saxon universities link to my website. Whole modules on cinema used my site as a database. Academics furthered their own research with my free-to-access work (two even copied quite obviously), which they then published for a lot of money. It’s not so much about money, it’s about ethics. I learned that I don’t even want to be part of this circle. It is disrespectful of people and of research.

For the last three to four years, perhaps even for the last five years already, I have written for fun only. I have written without the goal of changing something in the academic field of Slow Cinema. I have written without hoping that I would finally get the opportunity to publish a book through a publisher. For the last couple of years, I have written my articles because I have a passion for writing. The Art(s) of Slow Cinema was born out of curiosity, but it taught me that writing is my passion, whether it’s about cinema, politics, history, or something else. Yes, today, after ten years of writing, I consider myself a writer. I have two books, a booklet and several articles (officially published) under my belt. I’m writing a lot of texts, which I don’t publish. I have a feeling that there is a lot more coming in future.

But the last ten years also drained me. Those of you who have been following me for a while now know that I have been diagnosed with PTSD in 2010, two years before I started writing. A lot of what I wrote in connection to (slow) film was informed by my experience of this new life to which I had to adapt. My PhD on Lav Diaz was born out of it. Even though I am gradually getting better, the pandemic and the Russian war in Ukraine weren’t beneficial to my mental health. Since April, I have been in deep depression and thought a lot about where I want to go from here.

A few years ago, I set up a Patreon account. A lot of you have supported me over the years and I will never forget it. Today, however, I become aware of the limits, of my limits. It creates extra work and extra stress, as I have to juggle my work on three different platforms (including KoFi), pay attention to early access material, then upload it onto my site and put it on social media. It may not be a lot of extra for many people. It is too much for me, and I have to reduce interferences. I want to write, not organize. I want to write, not juggle. I simply want to write, that’s all.

It is for this reason that from 1 July 2022, I’m going to streamline Patreon, KoFi and The Art(s) of Slow Cinema. What does this mean for my readers?

The website will disappear behind a paywall. This may put you off, I can understand. But hear me out (or read me out, if I can say this). Patreon and KoFi will disappear. If you want to support me, you can now do so directly by purchasing access to the site. There will be three options:

All memberships / subscriptions can be cancelled at any time.

Not much will change for you, if you’re already a supporter via Patreon or KoFi. For me, on the other hand, a lot changes, because everything is done automatically. I don’t have to keep an eye on anything at all any more. I can spend my time writing. Or reading. Or staring at the ceiling. My energy can go where it needs to be.

I’m aware that this move may be a disappointment for some, perhaps even to most of you. But it is where I believe I must go.

I will spend the month of June doing some work on the website so that the switch runs smoothly. If you find yourself unable to access the site or certain articles, fear not: it’s only maintenance.

I’m hoping to get your support in this new phase of The Arts of Slow Cinema. Thank you for the last 10 years!

(You can register as of now.)