Skip to content
The Arts of (Slow) Cinema it's very important to make the film a real psychological process. (Béla Tarr)
Festivals Films

Another Year – Another Festival 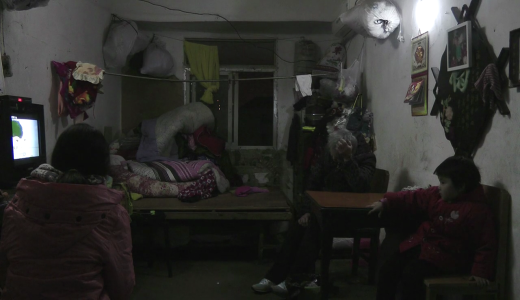 I’m not posting those things very often, but I’m delighted about the success of the slow film that is on the top of my list for DVD distribution; Another Year by Shengze Zhu. I wrote an entry about it not so long ago, a stunning three-hour long film about a Chinese migrant family eating. Well, in fact, the film is about much more and I believe this is the reason for its success. Like many other slow films that have their place on this website, Another Year uses stark simplicity in order to tell stories about the complexities of life.

Shengze’s film has been to several festivals, and the success story continues to impress. Today in exactly a month, on 26 June, the film will have its UK premiere (very important!) at the Open City Documentary Festival in London. And, best of all, the film is a Grand Jury Award nominee. Congratulations, Shengze!

And if you’re in London on 26 June, please do see the film at Open City Documentary Festival! They have more than only Another Year. The programme looks generally pretty slow. They also show Dead Slow Ahead, a film I’m still waiting to see. So go, go, go!