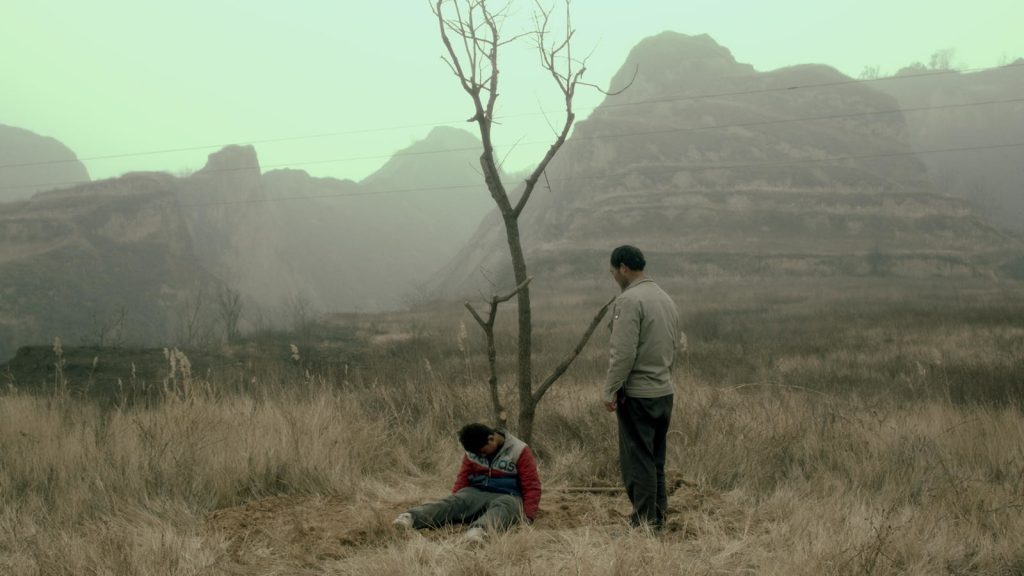 Zhang Hanyi’s Life after Life reminded me of a lot of things at once. I had a real flood of thoughts in my mind while watching the film, which I actually didn’t expect to be slow. I liked the premise of the film and I found it interesting that it was produced by Jia Zhang-ke, whose films The World

(2006) and I wish I knew (2010) I thoroughly enjoyed. It could well be that this post will appear structureless, and abrupt. Maybe this is a good thing because, to me at least, it shows that the film has triggered a great deal of thoughts, which are only at the beginning of getting somewhere but which I’m still developing as the film grows in my head. I enjoy those films 🙂

Let’s start with Zhang and Jia’s connection. You can see Jia’s influence in many scenes of the film. I would even go as far as saying that parts of Zhang’s film are very Jia Zhang-ke-esque (here’s a new term for you). First of all, there is the theme of people being displaced because of, for example, mining projects. Entire villages have to be moved. This change in environment, a change brought about by massive projects which force people to move away from their move, is also the main theme of Jia’s Still Life. But it’s not just the theme. It is also the way this subject is portrayed. I remember the dull colours in Jia’s film, and, of course, the slow pace and rhythm of the film. Zhang goes even further. I’ve been trying to think of a film which uses an even duller colour palette, but I cannot think of any.

The lack of colour is a strong indicator of what the film is about: death (I think we agree that the film’s title sounds less frightening). You can see it in every frame, and even though there is a scene in which people celebrate a the birth of a baby, it cannot stop the slow death of a village, of people, of orchards, of the past. From the first scene onwards, the film sets out to depict this slow death. This fits so well into the general opus of Slow Cinema. I have already written about the theme of death – overt or subtle – in a great deal of slow films. Life after Life is another great example, which reinforces my desire to really sit down and finally write something more substantial about the link between Slow Cinema and death. But I have two other articles to look after at the moment, so this will need to wait (good things come to those who wait, as always).

with its curious focus on the other world, the world beyond ours. Zhang’s film is carving right into this niche. A boy runs after a hare. When he returns, his mother’s soul has taken over his body. She has borrowed his body, has returned in order to move a tree. Her (absent) presence establishes a link between the here and now, and the after. Even though the film is described as a ghost story, it’s not so much about ghosts than about reincarnation with the subtle hint that life after life is a better one (at least in this instance).

As far as I know, Life is Zhang’s debut feature, and from what I could see, he is a director to watch in future. He could become a major force in arthouse cinema. He shows a great deal of patience and of intuition, of complexity in simplicity all the while speaking out against the destructing policies of the Chinese government. He allows the film to develop in its own terms. He doesn’t force the narrative, he lets it breathe. There is certainly a lot of talent visible, and it’s worth following his trajectory in world cinema in the next few years. I’ve got a feeling that he has plenty stories to tell, possibly in a slow way.