Skip to content
The Arts of (Slow) Cinema it's very important to make the film a real psychological process. (Béla Tarr)
Literature Misc 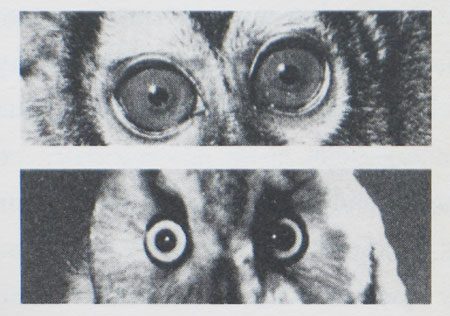 What is Austerlitz’s time, and where do I get this from? Well, I didn’t expect my wanting to write a blog post about Jacques Austerlitz when I picked up W.G. Sebald’s magnificent book Austerlitz. It’s Sebald’s last novel, published in 2001, and focuses on a man who is simply called Austerlitz most of the time in the book. Austerlitz is haunted by a past he doesn’t know. For most of his life he had ignored where he was from. Or rather, he frankly didn’t know. His memory blocked a very essential part of his life, his childhood, but this blockage was the cause of his being haunted by a past he could never clearly see. For him, as he says, “the world stopped for me at the end of the 19th century.”

At some point in the book, when Austerlitz meets the author again and continues telling his story or his accounts of fascinating historical facts or architectural designs, Austerlitz makes a couple of remarkable statements about the subject of time. Overall, there is so much you can take from this book that it has become, for me at least, one of the best books I have read in my life. 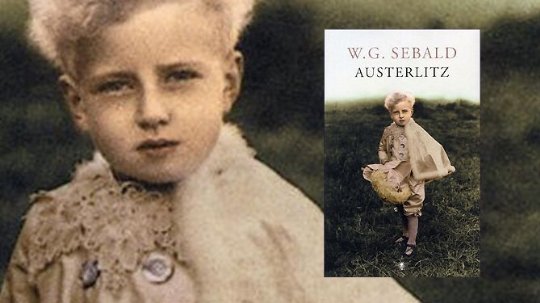 Austerlitz proposes the thought-provoking argument that “time is of all our inventions the most artificial one”. This might sound strange at first, but it sort of accompanies what I had been writing about on this blog in the early days regarding time, as we know it, as an artificial construct that has nothing to do with nature. What Austerlitz describes here, without directly mentioning it in the paragraph that follows, is man’s invention of the mechanical clock that divided a day into 24 equal hours, each hour into 60 equal minutes, and every minute into 60 equal seconds. Before the invention of the mechanical clock, people lived according to the natural cycle of the sun. That was especially true for farmers who got up when the sun rose and stopped their work when the sun set. I strongly believe that was also true for cave men who ventured out in daylight to hunt (another vital factor here is the aspect of darkness as posing a threat to man, which changed when street lamps were introduced much later).

I also remember Lav Diaz saying that life in the Philippines changed drastically when the Spanish colonisers introduced the mechanical clock. All of a sudden, time was linear and not, as the Chinese, for instance, believed, a river with many different arms and therefore directions, waves, and ripples. Time became a constantly progressing entity that, as you might also remember from my writing, becomes completely obsolete when someone suffers from PTSD. It is PTSD that disrupts the linear time we have created with the invention and introduction of the mechanical clock, but I wonder whether it’s not this concept of linear time that reinforces this traumatic stress because it is expected of us (and time) to persistently move forward. So if a person is stuck in the past, or if the past repeatedly resurfaces (because this is how life is anyway – a mixture of past and present that leads to the future), then this is not an acceptable development. (NB: My PhD thesis explores the themes of duration and time in the context of post-trauma in more detail.)

The mechanical clock turned time into something that can be measured, that can be divided, and that only ever follows a linear progression. Austerlitz continues, “if Newton really thought that time progresses like the current in the river Thames, then where is its origin and which sea does it flow into?” But Austerlitz isn’t done. He asks, “everyone knows that a river has two shores. But what are, then, the two borders of time? What are its specific characteristics that correspond approximatively to that of water, which is liquid, pretty heavy and transparent?”

I don’t have an answer to this question, but I marvel about it and have been thinking about it since the first time I read it. It all makes me think of Chinese philosophy again, and its perception of and approach to time that differs so greatly from our Western standards. In particular, the idea of time having different speeds, different directions – simply put, varying and various characteristics – is something that pops up in my head over and over again when I read about prisons and the concentrationary system in which the concept of time is used as punishment and torture. What happens in those circumstances, especially in solitary confinement, is that people are taken “out of time”. In some cases, imprisonment becomes a place where the linear progression of time no longer applies, but where time instead becomes an utterly confusing, anxiety-inducing construct used for the sake of extracting information from prisoners. This “being out of time” is also mentioned in Austerlitz’s monologue, but in a different context.

He argues that despite our lives being seemingly governed by the mechanical clock, it is and remains the cosmos that really structures our lives, an “unquantifiable vastness” that does not comply with linear progression but that progresses more in the form of swirls, precisely what the Chinese proposed centuries and centuries ago. Time is not linear but circular. This, Austerlitz says, is what governs life in “lesser developed countries” but also exists in large metropolitan cities, such as London. “Aren’t the dead out of time? Or the dying? Or those who are sick and confined to their bed in hospital?” Time stops for them, or progresses differently than the way prescribed by our mechanical clock.

The question I pose (more or less to myself) is to what extent film can help us understand this, can help us see that time is not a linear progression or that there are several people who live “out of time”? Can film, as a time-based medium, do this at all, or will it always fail because film, just like time, is an artificial construct?

The Side-Effects of Slow Cinema Studies

Part of the landscape