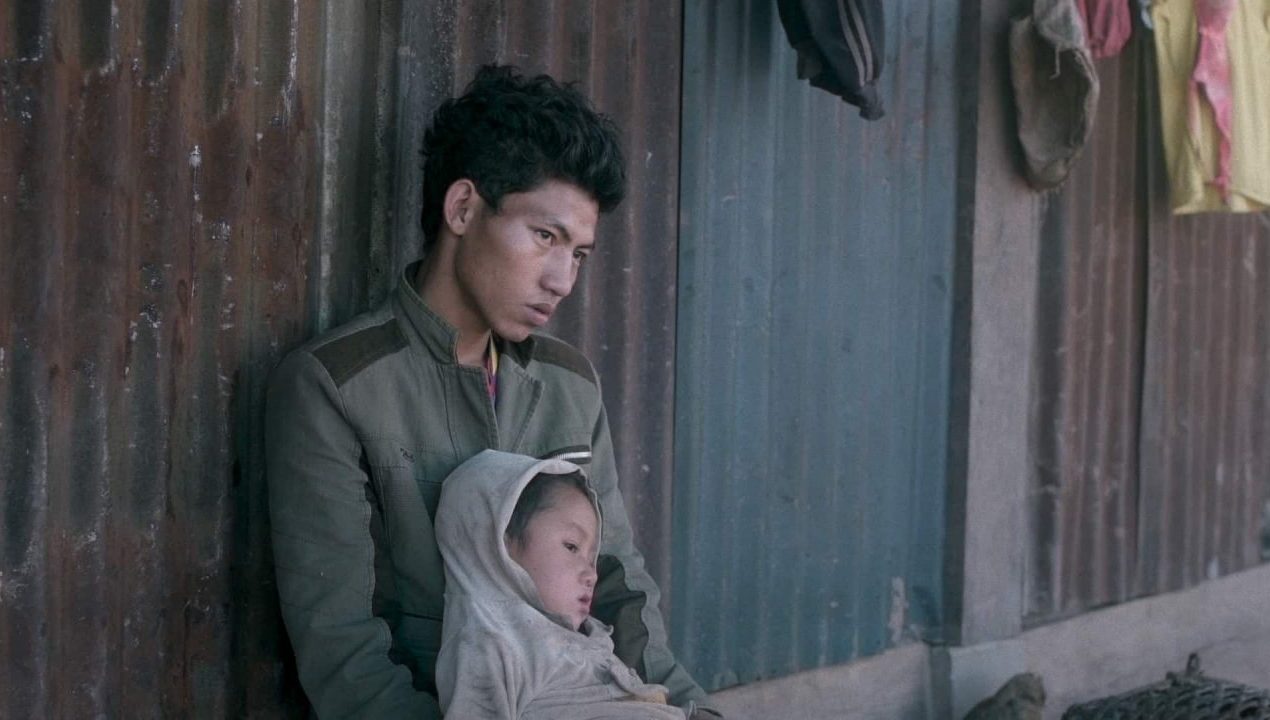 There is one aspect of my work in the field of Slow Cinema, which I like more than anything else: the opportunity to travel the world via the eyes of filmmakers who listen to marginalised people around the globe. For the first time in ten years writing on the subject, I have been taking a trip to Laos, a country perhaps no one really knows much about. Perhaps the capital, at most. But when it comes to life in Laos, a small country in south-east Asia, with almost seven million inhabitants, we know nothing. Nicolas Graux has travelled there to use film as a means to tell the story of Laosan, a young man, married with two children, who is addicted to opium.

This addiction . On the contrary. As Laosan tells us in the second half of the film, the family grows the highly profitable plant. The plantations in themselves don’t cause the people to get addicted, but a lot of men in this Akha society are. parents, he tells us, became addicted after the death of his brother. They didn’t know how to handle their grief. Opium became a relief and his father, in particular, is seen smoking time and again throughout the film. This is only part of the story, however. The core of Graux’s film focuses on Laosan himself and the ways in which his opium addiction affects not only his own life but also that of the people around him.

Graux uses breathtaking long-takes in order to situate us in the milieu the Ahka are living in. Tight, almost suffocating close-ups are replaced with wide open shots of the jungle, low-hanging clouds moving along the horizon. Laosan is a heavy smoker, he tells us. As soon as withdrawal effects are setting in, he needs to tackle them by smoking again and, more importantly, smoking more. We see him preparing the drug, we see him inhaling and exhaling. We see the smoke that leaves his mouth and his nostrils. The repeated shift between close-ups and long shots resembles Laosan’s smoking process; the film inhales and exhales. The low-hanging clouds become a mirror for the opium smoke that infests a substantial number of Graux’s frames.

But the film is not only an aesthetically pleasing, visually stunning piece. Graux lays open the problems of opium addiction in society. Laosan is an absent husband and father. He doesn’t know what to do with his life. He has lost all energy, all perspective for the future. He is almost lethargic. His parents, especially his father, urge him to move away from the region and to build a new life somewhere else, to a region that had something to offer. father reiterates time and again that the region had nothing more to offer, and that his son needs to make a move fast. The dialogue between parents and son, shot in an extensive long-take, is ironic in some ways. The father, himself addicted to opium, scolds his son for losing all interest in making something out of his life. It is clear that the problem is the opium, and yet the father doesn’t mention it. Opium – the elephant in the room.

Most heart-breaking is a sequence that focuses on the women in the village. It is they who suffer the most. They speak of their horror witnessing the drastic change in their husbands. They speak of their fears of being beaten because opium makes their husbands violent. They speak of wanting to leave their miserable lives behind, of going to China, of looking for a new man, a new job. wife even speaks of suicide because she can no longer live this life. It’s her children who her back. Who would look after them? she wonders. Her plan is to move away as soon as her children are old enough. Until then, she will be locked into a tiring fight against this disease, this addiction that has changed the face of the region.

But perhaps there is hope. Laosan tells us that the Laotian government seeks to prohibit the growth of opium. The young man, marked by over a year of addiction, is hoping for this change, giving him the chance to finally come off it. For Laosan, being surrounded by opium is counterproductive to any attempt at freeing himself from those chains. He hopes for the government, for the prohibition of opium in the country, in order to get clean. It is, perhaps, the desire a vast number of people. Laosan is only one of many. Graux allows him to tell his story and his camera is a patient observer, which stylistically also reiterates the idea of lethargy. Cinematic slowness becomes an expression of each and every lethargic day spent in the mountains and hoping for better days to come.

I couldn’t help but think of Apichatpong Weerasethakul several times while watching Graux’s film. There is a degree of similarity between Weerasethakul’s Tropical Malady and Century of Smoke. Is it the location? The aesthetics? The way of observation? I haven’t found the answer yet, but regardless, Graux walks in the steps of big-name slow-film directors. With Century of  he has arrived at the very heart of Slow Cinema, and he sits comfortably amongst Weerasethakul, Lisandro Alonso and Tsai Ming-liang.