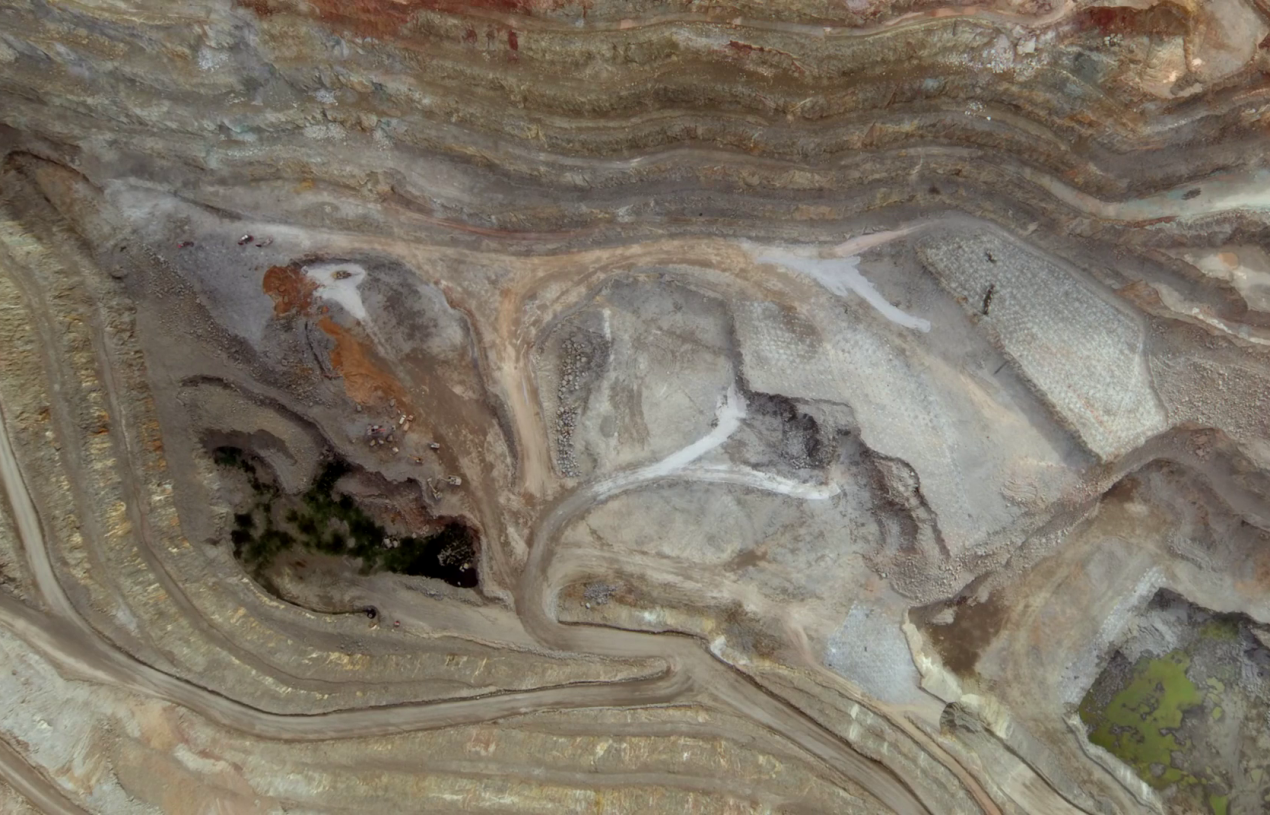 Towards the end of the last decade, a new term made its way into public discourse: the anthropocene. Although this isn’t entirely true. The term has been in use for quite some time, but it wasn’t picked up by the general public before the second half of the 2010s. Perhaps, the sudden recognition of what was happening in front of our eyes made it clear that this was unprecedented and that it was us who were responsible for it. The anthropocene is the age of Man, an age in which Man has become the strongest geological force, literally moving mountains and emptying the seas.

An elaborate choreography of machines circle around uninhabited land. One after another, they push or carry sand from one place to another. We are in California, a fast growing state that seeks new opportunities for housing. More and more people move to the attractive American state, looking for better job opportunities, for a better life. But the wave of new arrivals poses problems to the existing housing. The state needs to react and to do this, they have decided to move mountains.

When a girl in a bar asks you what you do and you look at her and you can honestly tell her that right in the eye that I move mountains for a living – she questions that. But it’s true.

Geyrhalter speaks to three American workers who flatten the mountains, who make California a little flatter in order to make space for the necessary houses. The flatter the landscape, the more houses can be built. It is not only about making space, it is also about gaining maximum profit. But this profit is deceptive. Because what do we gain by sawing off the branch we are sitting on? What do we gain by wounding the Earth, by letting it bleed out? What do we gain if we eventually prepare our decline and annihilation?

We get to touch this material, which no one has ever touched before. We see the colour and also the crust…We don’t like to ruin the mountain, but that’s what we’re doing.

In every interview Geyrhalter conducts we hear the same argument, the same tone, something that very much reflected what I felt watching the film. These workers were fully aware of the ill they were doing, but they also profoundly loved their jobs. They love having this power over Nature, they marvel over its secrets, often millions of years old, which they discover. There is talk of swamp cypress trees found in Hungary in a brown coal mine, a mummified forest that, even though dead, has the strength to damage the largest and strongest machines Man has built in order to dig for brown coal. Yes, Nature fights back. Time and again, we hear this in the interviews. Time and again, people explain to us that their job is perhaps not always only joy, but also hard work, a hard fight against the power of Nature. And yet, it is always Man who wins. Or so it seems…

Perhaps more so than in his previous films, Geyrhalter almost repetitively shows the same process in several countries, the same way of thinking, the same way of working: it has become a profitable job to dig away at the mountains, at our environment, to change it indelibly. This repetition of work processes is perhaps the most powerful image of our insatiable hunger for more. I couldn’t help but think about Behemoth, a film which also speaks about a monster, a monster that is us. But Geyrhalter takes the exploration of Man as an insatiable monster even further focusing on the work processes on a much larger scale than Zhao Liang does in his film. Behemoth is a microcosm of Man’s insatiable hunger, Earth is this same hunger on a much larger, more global scale.

The effects are already visible, both from the sky and from the ground. What once took a year to achieve can be done in fifteen days today, a worker in an Italian marble quarry says. Once more, Geyrhalter looks at the speed with which our world changes. Earth reminds me a little bit of his earlier film Elsewhere and, of course, Homo Sapiens. I believe that Earth and Homo Sapiens are films which show the same universe and they must be seen together in order to get the full effect of both. There is something ominous in Earth which finds its full manifestation in Homo Sapiens. Geyrhalter remains a director with a view on our fast-changing lives, a patient observer in the midst of our bustling and destructive lives.