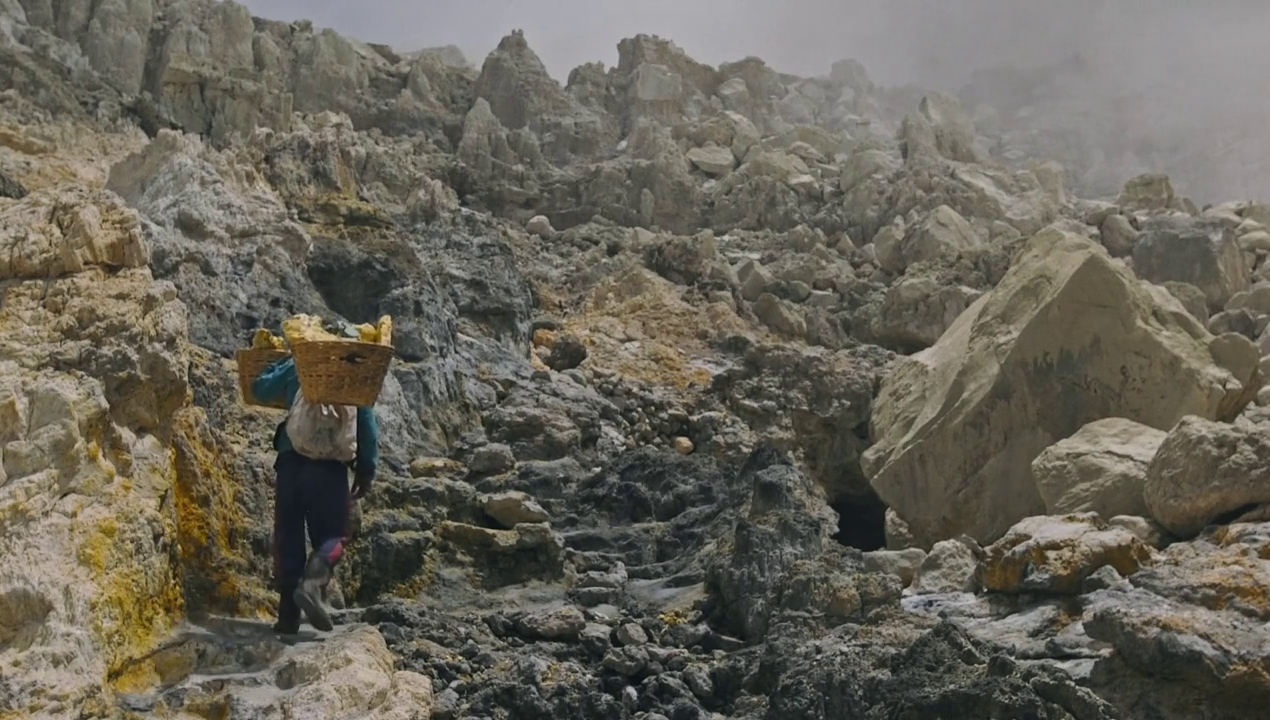 I am often amazed at the films that are being made across the world. They can be so simple and yet so powerful. Slow films, in particular, have a tendency to express so much with so little means. Ancient Soul by Alvaro Gurrea would have been a wonderful film to include in my book Human Condition(s) because it visualises perfectly several ideas I proposed.

It is a premier, for me, to go to Indonesia, which nevertheless felt both strangely familiar and unknown. When I hear cockerels in the background, I am inevitably transported back to the Philippines, to the world of Lav Diaz. I begin to imagine the world I see in black-and-white. And, truth be told, this mental journey works with Gurrea’s Ancient Soul. Indonesia not so much ‘becomes’ the Philippines. The film becomes universal. But I’m moving to fast here, so let me return to the beginning.

Ancient Soul begins with a young couple sitting on the edge of a bed. We’re in a rural area, in the woods. The house is simple, made of wood and in harmony with its environment. Olive and Yono lower their eyes, they look at the floor instead of at each other after Olive announced that she had to leave. It’s quiet and peaceful. No arguments, no fights, fate has its way.

Yono works in a sulphur mine, a dangerous job for little pay. He and his colleagues are continuously exposed to the toxic fumes. Some of them don’t wear protection when they touch the sulphur, the masks they are wearing are probably old and used. The mine is inside a volcano, Mount Ijen, on the island of Java. Popular with tourists, it seems, but an entirely different place for those who try to make a living. $5 a day for a perilous journey up and down a dangerous pathway that could mean the end. Always on the edge of death, with reed baskets that can weigh up to 80 kilos. “Devil’s gold”, they call the sulphur. You can see why. Yono attacks the rocks with a long metal pole, often disappearing in the smoke, which takes over the frame. Gurrea’s frames remind me of certain scenes in Wang Bing’s West of the Tracks (2003): workers engulfed by fumes and smoke, in perilous conditions, for little to no pay.

Smoke is ephemeral. It is perhaps the best example, the best visual description of the evanescence of things. In a thought-provoking twist, however, Gurrea shows that the ephemeral smoke rising from Mount Ijen is the only element that turns out to be always there, never-changing.

After Olive left, Yono takes the decision to see a shaman. He wants his wife to return and is certain that a shaman could help him. Warned that a shamanic spell could do more harm than good, he decides to try anyway. When he returns from harvesting coconuts one day, he finds his mother unconscious on the floor. A shaman prescribes sulphur and palm syrup, and a possession ritual to exorcise the spirits in her body.

Gurrea’s cut to the possession ritual is dramatic. It is an awakening, the film comes to life. So do our senses. There is a lot going on, much of which I, as a Westerner, probably can’t understand properly. But this stunning ritual looks like an externalisation, it looks as though the spirits that possess Yono’s mother are being ‘externalised’, are being made visible and confronted in the here and now through a complex play of several figures.

The demons, the spirits, however, won the fight. After having lost his wife, Yono also loses his mother. All that he has left is his work at the volcano.

A young woman sits on a sofa. She wears a veil and Arabic sayings are visible on the wall behind her. It was God’s will that she leaves, she tells us.

Wait. Have we not seen this before?

Yes and no. Gurrea’s fiction-documentary hybrid is a true journey through times, cultures, through diversity and beliefs. Indeed, the young woman is Olive and indeed, Olive leaves Yono, just as she did in the first part of the film. No shamanism this time, but a chat with the local Imam, who recommends going to Mecca. A pilgrimage would bring Olive back, the Imam promises, while Yono wonders how to save 25 million rupees for the journey, a considerable sum for a worker like him.

When he finds his mother unconscious, he is asked to pray. No possession ritual, no demons. Praying and visits to the mosque would help her to recover, so he is told.

And this is where the ephemeral smoke comes in. The last part of Ancient Soul is set in a hypermodern, capitalist environment. Olive leaves Yono not because of fate or because it is God’s will, but because it is her own decision. Investing in Nilecoin and becoming a millionaire would bring her back, Yono is told. A doctor diagnoses Yono’s mother with diabetes, but even though she continues her life a little longer than in the other two parts, she nevertheless succumbs to her illness.

One can read this as a linear development of many societies, especially those in the West, going from animalism to religion to secularism. But one can also see it as a faithful representation of Indonesia, a vast, diverse country where all of this exists in parallel worlds. Everything has a place, a role to play. Everything has a right to be.

And, on top of that, everything changes while everything remains the same. It is here that Ancient Soul is particularly strong. Our surrounding changes constantly, but our condition as humans remains unaltered, regardless of our beliefs or our origins (another shameless pointer to my book). The supposedly ephemeral smoke that surrounds Mount Ijen becomes a constant. It is a symbol of the eternal struggles of countless workers who try to make a living to feed their families. Even the bizarre presence of tourists around the volcano doesn’t change anything about those workers’ fate. It only makes it more cruel, and Gurrea lets his images speak for themselves.

Ancient Soul is a fiction film. It is a documentary. It is a hybrid form of cinema that not only blurs the line between those two forms, but that actively questions it. The film is a commentary, it is a document. And it is a beautiful first-time feature-length work by a director who is only at the beginning of his hopefully long career.