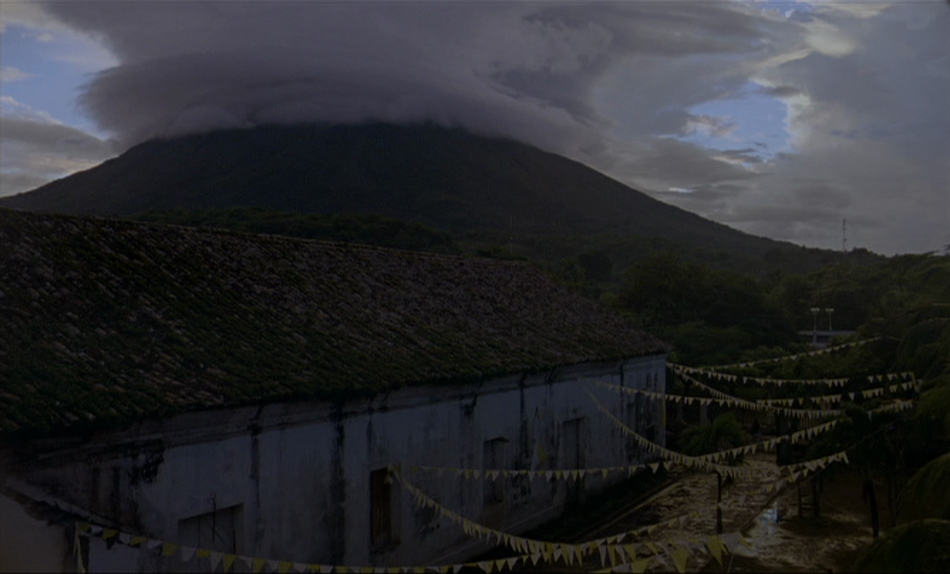 It doesn’t happen very often that I have to rewatch a film because I forgot about its contents. In fact, it never happened to the degree I experienced it with Khristine Gillard’s Cochihza (2013). I loved the film the first time I saw it, and this was only a week ago. But a couple of days later, I couldn’t remember a single scene. I could have said that the film was special, and maybe my not recording this beauty is an indicator of that. Or maybe it isn’t, and I merely try to justify an odd thing that happened to me after having seen a good film.

Cochihza is my first slow film from Nicaragua, or my first ever film set in Nicaragua. It reminded me of aspects I had seen in Filipino films, particularly those of Lav Diaz, and films from Mexico. And yet, Cochihza was different. It is more rooted in the symbiosis of Man and Nature than any other film I have seen so far, I believe. It is so peaceful, so smooth, so embracing.

There is also something mysterious without really putting it on its sleeves. I only need to return to the beginning. Two men are playing a board game, and I have no idea what they are actually playing. It’s curious, and the director returns several times to it. Without us seeing the game at first, Gillard shows us a long shot of the Concepción volcano on Ometepe Island, off the coast of Nicaragua. And then we hear two male voices speaking about betting. “It’s time to bet”, one of them says. “Bet the Purgatory, I’ll bet Hell.” A little later, one of the says “We’re not gambling the sky…because we have already won it.”

This scene, right at the beginning of the film after a black screen with drum music that reminded me of the procession we see in Lav Diaz’s Florentina Hubaldo, CTE (2012), to me, set in motion my curiosity, but not this impatient type of curiosity. It was a soothing curiosity that , something that made me feel I was in good hands. And I know that this might sound odd given that we’re speaking about a film here, but this is exactly how I felt.

Maybe one of the things you will feel when you see the film is that there is time. There is time for everything, and you don’t even have to hurry to enjoy this time, or to use it. No, you do not have more time when you hurry. It’s make-believe, and people still follow this evil of modern times, although they know that time is still progressing with the same speed. All you do is exhaust yourself and miss out on being in the present. The people in Gillard’s film are aware of this and simply live according to natural time (as opposed to mechanical time). They rest, they play games, they enjoy just being. They do work, but they do it at their own pace.

Presence, being in the present, being in the here and now, and cherish it – this is Cochihza. Gillard is careful with her camera, keeping it at a distance, trying not to interfere. She observes, observes freely, and always shows us the Concepción volcano that has a magnificent beauty and power to it. In one shot, in the middle of the film, there is a superb long shot that shows the volcano and the clouds moving across it – a breathtaking spectacle, and something that asks me to return to Lav Diaz one more time, this time to his nine-hour film Death in the Land of Encantos (2007). The film is set in the aftermath of the eruption of Mount Mayon and a typhoon that had followed in autumn 2006. Diaz includes several shots of this perfect cone, while at the same time, in voice overs, letting us know that the volcano, or volcanos in general, have a special force.

They give and they take; they give us fertile soil and they take our lives in natural disasters. Nature destroys. Nature gives birth. The people in Gillard’s film live according to this principle. There is also an appreciation for ancient traditions, cultures, beliefs, thoughts, which we have almost forgotten.

I probably haven’t said much substantial things about the film, but somehow I really can’t. If I was to summarise the film, I’d say nothing more than “It’s a meditation on being in the present”. This is what I feel deep down in my heart and my gut.

P.S.: I don’t know whether the DVD of the film is still available. Amazon doesn’t give any results, but it might be possible to order a copy from the distributor alter ego films based in Belgium. The DVD would come with French and English subtitles. You can contact the distributor here.