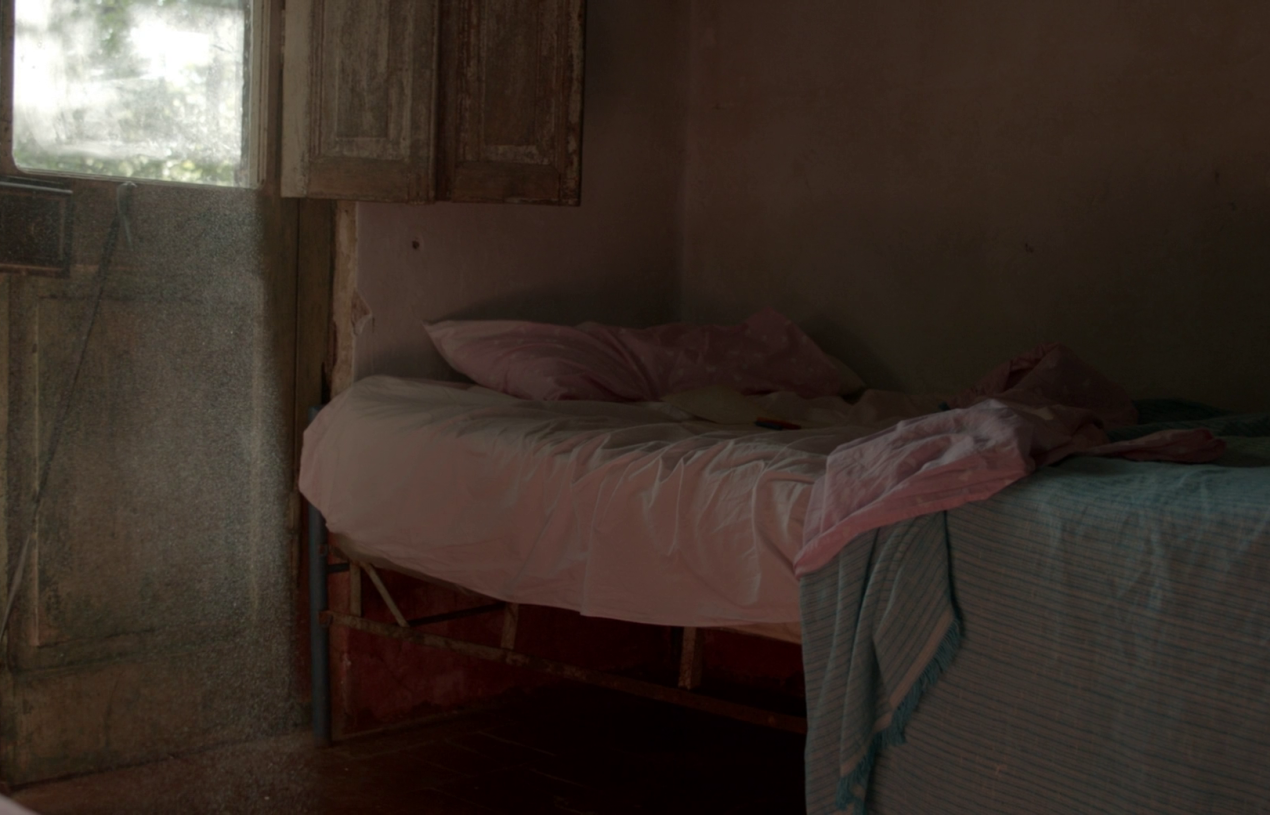 A woman on a train with children. A dictatorship. 35 years. The control. And the exile. That’s the first image they left me with.

Paraguay. One of the countries which are not on our radar when it comes to cinema. Like Lesotho, which was propelled into international awareness thanks to Lemohang Jeremiah Mosese’s excellent and simply stunning film This is not a burial, it’s a resurrection (2019). But, as I always tell myself, just because a country isn’t on my personal radar doesn’t mean that it doesn’t produce great films.

Paz Encina’s film Memory Exercises — documentary? fiction? visual poem? — is a request, it is a demand. It is also an invitation. And a question.

It is a request, a demand to confront our memories. Memories of the past, of haunting periods in our lives that have shaped our present days.

And it poses a question that, to me, seemed to be vital after having seen the film: Can there be childhood under a dictatorship? Is it possible to be a child, to be innocent? Is it possible to discover the true wonders of the world in an atmosphere of fear and terror?

Encina’s film begins with a shot of a lake or a river. The camera is perfectly positioned. There is absolute peace, absolute calmness until a boy aged around 10 years enters the frame from the right-hand side. He walks to the centre of the frame, then into the water. The peace, the innocence is disrupted. Just like the dictatorship would disrupt the lives of people in 1954 in Paraguay, when Alfredo Stroessner took over the government.

Memory Exercises establishes itself from the beginning as a film of phantoms, of absences. When Encina allows her static camera to record the small details in an empty house, one cannot help but think of the ghosts of the past. There are the ants, which she films several times… Ants, which always remain, when everyone is gone, when everything has died. Ants, which have always been a symbol of a has been for me. Encina films empty chairs, empty rooms. But, what do we really mean when we describe something as ‘empty’?

Nothing is ever truly empty. Encina’s house is full of things, full of stories. There is a table, there are plates and cutlery. There are fruits. There are curtains, windows, beds. There is light. There is dust floating in the air, almost magical, captured in the sunlight. There are photos, memory protheses, stuck to a mirror. The supposed emptiness we see is full of what has been.

And in the middle of it all was childhood.

When a radio we cannot see begins to play a melody, the camera comes to life. It begins to move through the rooms.

Until it meets a woman at a table, sewing, carefully, ever so carefully, until the needle pierces the skin of one of her fingers.

A punctum. Barthes’ injury is both real and metaphorical in Encina’s film. The punctum ends the camera’s dance around the house, the radio falls silent. Everything goes back to sleep.

Until a voice-over calls us back into reality. A man seems to denounce others. Mugshots of those arrested appear on the screen. Men, women, unknown to us, without a history to their name except for their arrests. Who are these people that look at me from the photographs?

The camera exits the haunted house, leaves the mugshots behind and follows the adventures of three children.

Papa said: we are going to kill Stroessner.

There, in the lush green woods they play around while several voice-overs, often intercut and merging so that they become one, tell us of childhood in the Paraguayan dictatorship. The contrast between the images of free-roaming children in nature and the stories of persistent fear couldn’t be starker. “My first memories are of sacrifices and pain,” a man says. “We knew what was going on,” says another.

The fear of being watched, the fear of giving a secret away. The fear of losing someone. The children, now adults, learned early how to defend themselves, how to shoot.

This place was the last place my father saw as a free man.

There is talk of assassination attempts, of terror attacks on buildings and cars. The camera, not at all disconcerted by what it hears, roams around, dances through the woods, through ruins of old houses with the sunlight always showing the way. There are family photographs, photographs of weddings, of holidays perhaps. There are photographs of children.

The film falls silent. Encina shows police files as well as old pictures, sometimes heavily pixelated (for us?). Memory exercises. Those who want to remember have to fill in the blanks.

And the whistling. This faint whistling in the background, almost covered by the sound of birds, of crickets and a thunderstorm. What happened to the body of my father? What happened after they executed him?

The camera dances again. Perhaps it dances to forget. Perhaps it dances in order to remember. Paz Encina’s Memory Exercises is a haunting and haunted film that seeks answers, that seeks access to memories. After Hamaca paraguaya, her first feature film, which was released in 2006, Encina created a poetic portrait of a dark chapter in Paraguayan history.