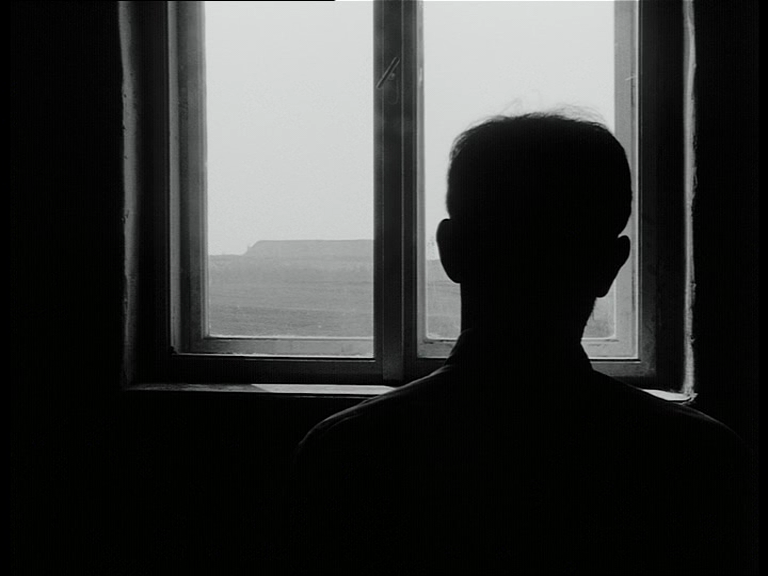 As I’m putting the finishing touches to my book Human Condition(s) – An aesthetic of slowness, 1990 – 2020, I’m mulling over what has brought me to this situation, a situation in which I have to design a book, create a cover, look for printing options, then ship the books myself, and knowing that this book will never receive the same status, the same respect and acknowledgements than it would have if it had been published through a publisher. How did we get here, how is it possible that, again, I’m stuck with a book project? Exhausted from writing, exhausted from anticipating the implications, I’m tired seeing publishers reinforcing the sexism in the field of Slow Cinema, reinforcing the invisibility of women, and working as a gatekeeper for male writers.

Don’t get me wrong. I’m not entirely unhappy about self-publishing Human Condition(s). Yet, my heart bleeds because I have worked so hard, have produced so much quality work over the years, and I might never be given the chance to see all my hard work in a bookshop because it is unlikely that I write another book on Slow Cinema. As I mentioned in my last blog post, I had given up hope writing one anyway after I saw what the publishing industry was doing. When I was given the chance, a chance that looked so much more promising than anything else before, I told myself that it was worth trying at least. This one and the collection of articles for a publisher from the United Arab Emirates will no longer be published. Officially, because of the pandemic. Something on Slow Cinema wouldn’t sell well in normal times, now even less, it is assumed.

I heard the financial argument plenty of times. “It wouldn’t sell” and “it doesn’t fit to our portfolio” were two arguments I heard time and again. Or I didn’t hear anything, as was the case with the German publisher edition text + kritik to whom I suggested a book on Lav Diaz. They publish short director studies and have already published volumes on Chantal Akerman and Pedro Costa. Their recent study of Roy Andersson’s films will be published sometime this month. A book on Lav Diaz looks consequential. But first they told me that, while the project sounded very interesting, the editing team would change. I should contact a certain person. That certain person hasn’t responded to five requests. What makes me angry about this is that there will be a Lav Diaz book from them, I’m sure of it. Not just now, but seeing their catalogue, it’s foolish to think that they would discard him. And yes, maybe they take my ideas and suggestions for a book without including me as a writer, like many other people do.

The argument regarding “it wouldn’t sell” only applies to women.

The argument “it doesn’t fit to our portfolio” only applies to women.

Why can I say this? Because the same publishers invite male authors to write on Slow Cinema. If it was really about the fact that books on Slow Cinema wouldn’t be profitable enough, then why have male authors been persistently (even now during the pandemic) able to publish on the subject?

If Slow Cinema doesn’t fit to a publisher’s portfolio, then why does the same publisher invite male authors to write about Slow Cinema?

The truth is that thousands, tens of thousands of people flock to The Art(s) of Slow Cinema every month. Texts by me or about The Art(s) of Slow Cinema are available in English, Italian, Greek, Portuguese, and even in Slovene. Two major German papers (Süddeutsche Zeitung and Tagesspiegel) have written about me and my work, albeit the latter thought I was French. In my website statistics I can see that The Art(s) of Slow Cinema has become a staple for Film Studies at certain universities, especially in the US. Charities and film clubs seem to use my work regularly, too. So, how come that publishing something the official way is not possible because it wouldn’t sell?

Publishers know about the numbers, they know the statistics because when you send in a proposal, you have to let them know what the market looks like. I always make sure to point to my large audience around the world. Hélas, it doesn’t seem to matter. It remains a matter of fact that I’m writing in a parallel universe because “I wouldn’t sell”. What infuriates me most, though, is the fact that male writers read The Art(s) of Slow Cinema and use my work, which they can then publish, which in turn makes their CV look better and more important. I’m not speaking of plagiarising, although I know of one academic (Italian) who presented a plagiarised version of my work on Lav Diaz at a conference I personally attended, and he went on to publish a book. I sadly can’t read Italian, but I’ve wondered ever since if this book was really his book or mine instead.

What I’m saying instead is that The Art(s) of Slow Cinema attracts so many readers, especially in the UK and in the US, that the writers who manage to publish their books are likely to use my platform as a resource. I don’t have a problem with this in general. I love creating this website, and I’m happy that so many of you read it. What breaks my heart is that my work is nothing more than a springboard for those who publish and therefore get official recognition whereas my own work, after almost 9 years on this site, hasn’t come a step closer to an actual publication.

The problem is that I burned my wings. Next time a publisher contacts me, I will reject the proposal unless he or she immediately comes with a contract. Why would I do this? Would it not hurt my prospects even more? To be fair, I don’t see how it can get worse. I was miles away from publication when I was still a student with an empty CV, and I’m still miles away from publication with a full CV, translated texts, hundreds of articles etc. But why this approach? Because I had “enthusiastic” publishers who then just dropped me like a hot potato after I spent ages putting something together. I had others who weren’t interested in the first place, which is fine. It’s those “enthusiastic” ones that irritate me most. Writing is an exhausting job. Given that so many of us don’t do it full-time but have a job on the side, writing can be excruciating. Don’t suggest a project if you cannot be sure that you are actually going to publish it. Don’t waste our energy.

I’m usually not someone who pits men against women. However, being in the Slow Cinema field has shown me over the years that my work is a lot less worthy than that of male critics and writers. As I said above, the sex is not the problem, or, better, it shouldn’t be. It’s the industry that pits us against one another by not looking at merits but at sex. I’ll never forget the first English-language edited collection on Slow Cinema which didn’t contain a single article from an upcoming writer with original ideas, but only established writers, mostly male, others who have had no relation to the subject at all before this book popped up. The publishing industry is cunning. It’s never been about quality, not in the first place anyway. It’s about milking a cow and about getting as much out of it as possible. And you can get more out of it if you have male writers.

Then again, maybe my work isn’t Western and Eurocentric enough. Maybe I just don’t write what I should write to milk the famous cow. Have I not been told last year (not by a publisher, mind you) that my focus on non-European films helped to destroy Western civilisation, helped to dismantle Western culture? Have I not been told that good films could only be made in Europe and, to some extent, in the US? Have I not been told that I was pretending to fight the good fight (in writing about world cinema) but that I was, in fact, “supporting the destruction of human civilisation”? Perhaps I would indeed be more successful as a male writer writing about Western (slow) films. Perhaps. It’s quite likely actually.

That being said, Human Condition(s) should be available for pre-order around April this year. A French translation will follow in autumn. There will be an initial print run of 50 and the project might as well die after it because I won’t have the means nor the energy to promote it all the time, as would a publisher. And this is the sad thing about doing all of this: you know that you’re going to lose because you have to do everything yourself and because you have limits. There is only so much you can do without a publisher.