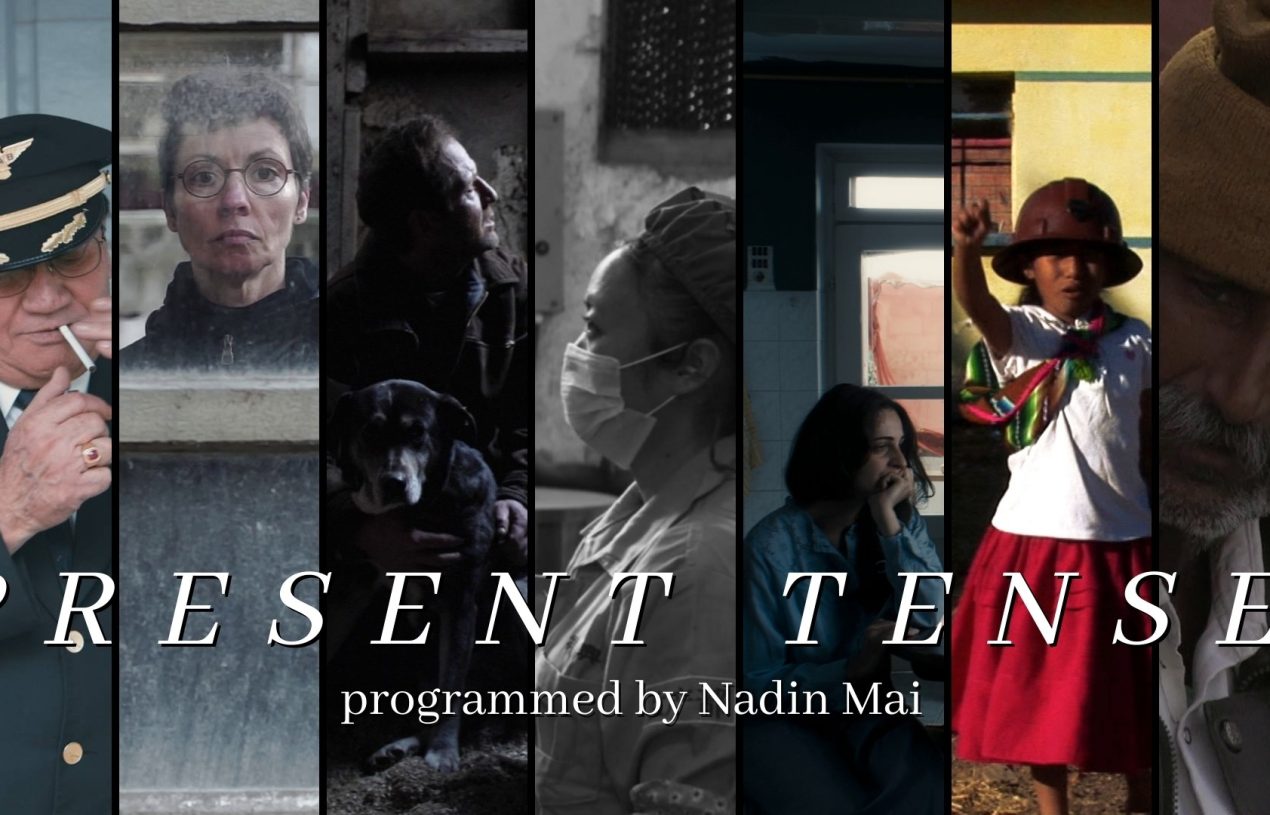 As I’m recovering (slowly, very slowly) from the intense beginning of the year, which involved publishing a book, writing a book chapter for a Spanish-language book on Slow Cinema, Q&As and podcasts, I find myself in a hibernation period. Writing is difficult, because I feel empty. I feel as if I have given it all and need a rest, which is what I’m doing right now. But, and this is an amazing but, I prepared something for you.

At the beginning of the year, I received an email from Canada. The VoD platform Highball TV was interested in my curating a special Slow Cinema programme for them…which, you get it, is the other thing I have been busy with lately. I have seriously never been so busy with work on Slow Cinema as I was during the first four months of the year. I send my gratitude to everyone interested in my work! It’s such a pleasure, albeit draining, I have to admit.

So, let’s take a look at this special slow programme, shall we? The programme is a beautiful selection under the title Present Tense – Time and Duration in Contemporary Contemplative Cinema and is available worldwide. The guys from Highball TV made a wonderful trailer for it. It’s nice and slow, and doesn’t ruin the films like other trailers usually do. It gives you a real sense of the pace of the films. There is also a video introduction by yours truly, which took me ages to record. I hate cameras…

There are seven films waiting for you:

A huge, over-towering hangar is opened. The static camera is positioned at a distance, so that the full grandeur of the hangar and simultaneously that of the Bolivian airline Lloyd Aereo Boliviano is shown. Danish director Sebastian Cordes’s A Place Called Lloyd is a record of loyalty and of pride. Despite Lloyd’s bankruptcy, employees turn up every day for work. They go about their daily business, filmed in beautiful shots by Cordes, and only the quietude in each frame suggests that it’s not business-as-usual. Yet, there is a remarkable resilience in the voices of the people, who tell us their stories, stories that take us through the history of the airline and shows us the personal attachment of the employees to a company that used to be the pride of the nation.

First, a black screen with a woman’s whisper in the background. Then, a naked man with a horse-shaped head walking towards the camera. Aleksandra Niemczyk’s film Centaur begins obscure, almost otherworldly. Vlado, a man in his late forties, early fifties, struggles to cope with polio. He feels humiliated, loses all interest in life and is ready to give up. Alma, his wife, goes through more and more pain as her hus- band, imprisoned in his frustration and his resignation, inadvertently pushes her away. What remains in Niemczyk’s film are long, painful scenes of the stagnation of the relationship between Vlado and Alma, both literally and metaphorically; scenes of despair, scenes of hopelessness, and an inescapable sense of an ending.

Returning home, experiencing time, exploring traces from the past. Miguel Hilari, from Bolivia, uses his camera to look into the past, and created with El corral y el viento a film that seems like a portrait of another time. Hilari returned to the Aymara village of his father, recording the every day activities of his cousins and his uncle. While most people have moved to the big cities, some stay behind and live a simple, rudimentary life; a life full of dreams, as Hernan, the protagonist of El corral, shows. He dreams of the city. He dreams of leaving the village behind, of working, of walking in the lights and of seeing the cars pass by. El corral becomes a portrait of traditional life where modernity is always at the horizon and in the minds of the young generation.

Dark clouds hang over the island of Fogo. An evacuation order has been issued as a result of an increasing decay of the local community. People leave, often reluctantly, but they submit to their fate. And so do two men, who stay behind, awaiting the unknown. In her second feature film, Fogo, Mexican director Yulene Olaizola uses long shots in order to show the beauty of nature, the power and meaning of home, which many people have already left behind. But, most of all, Olaizola focuses on the two men’s solitude, on their silences, on their conversations, all the while keeping the slow decay of island and Man in the off, letting it hover over her film frames as if it were a ghost.

One defining characteristic of our post-modern life is the drastic change of our ways of communication. In the last fifteen to twenty years, emails and text messages have cast aside letters as a preferred way of communicating with others. In Letters from the Desert, Michela Occhipinti shows life before the era of mass communication, a life in which communication was more personal than it is today. Set in a small Indian village, Occhipinti follows the life of a postman, who, on foot or by bike, delivers letters across the vast empty desert. In long patient takes, the director shows the beauty of the desert landscape as well as the nature of being a postman as a link between villagers. He is more than a postman, he is a valued member of the village, a friend. But as the first antennas appear in the desert, the man begins to wonder what will happen to his job.

A Tarkovskian Stalker-like atmosphere surrounds Fernando José Pereira’s O laboratório. The ruins we traverse, they are a landscape of memories. Memories of the past, above all. But they also foreshadow a future, a future of ‘life after life’, a future in which buildings made of concrete will be the only reminders of our presence. Pereira’s images, albeit seemingly empty, tell a number of stories, intimate stories which only ruins can tell. Time and duration become palpable, heavy even, and they force us to confront ourselves, to be in the moment and to reconcile ourselves with our own fleeting nature.

There are many aspects that have defined our turn towards modernity and our plunge into the post-modern era. There are the ways in which we communicate, there are the ways in which we travel, the ways in which we work and live. But nothing has defined our (post-)modern life more than plastic. Plastic, especially the plastic spoon, has become a symbol of our disregard for nature, for our natural surroundings, for our home. It is a symbol of exploitation – the exploitation of resources, of labour. Laila Pakalnina’s Spoon is a film about the toxic snake of modernity. We looked into its eyes once and became hypnotized. Today, we no longer see what this sweet fruit has turned us into. Spoon is a superb document about the lengths to which we go in order to create a small, disposable item.

If you’re keen on a slow weekend, then you should go to Highball TV’s website and sign up. They have a free 14-day trial as well 🙂 And if you like the programme, give it a like on social media and spread the word. More people need to see more slow films!

The Effects of Music and Dialogue