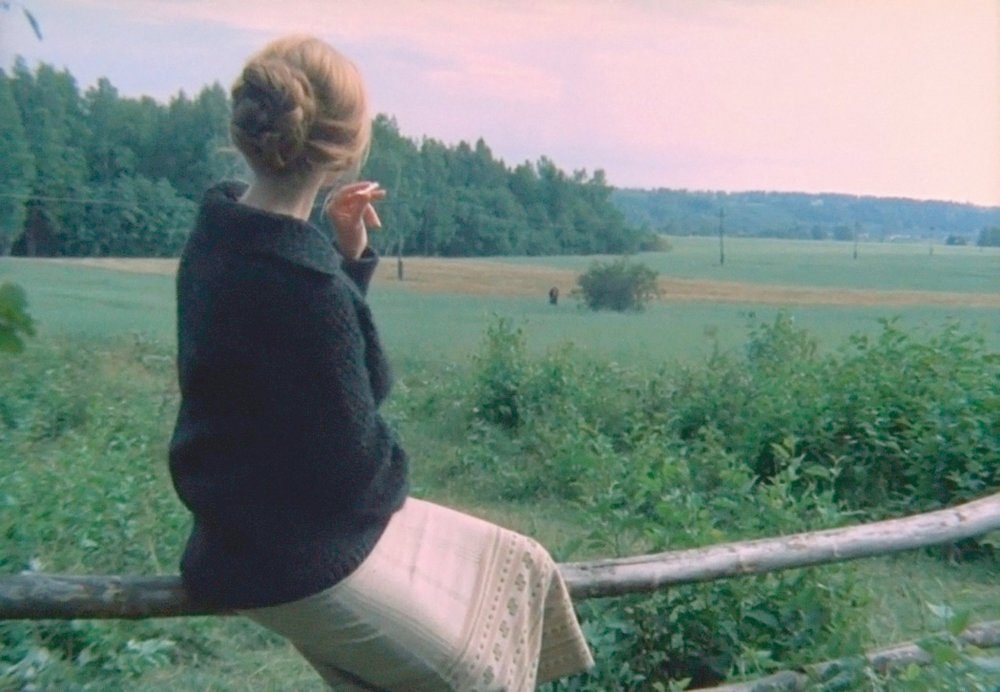 Thirteen years ago, I saw my first slow film. Ten years ago, I started writing about slow films. A decade of writing, of thinking, of debating with myself what Slow Cinema is and how we can understand it. Can we understand it at all? Over the years I have come to the conclusion that we can only understand slow films by accepting and experiencing them. When I began to write about the films I had seen, I tried to adjust my language. I tried to fit into frameworks, while questioning them at the same time. I tried to think outside the box, while having to conform to this very box at the same time. I wasn’t sure in my writing. I wasn’t sure about my ideas, about my thoughts and questions.

When Amin Saleh and Rewayat approached me for a publication of a selection of my articles, I became aware of the development of the last decade. Ten years is a long time, and I have learned to trust my feelings and my experience. I learned to trust what I see and what I think. I learned confidence, and I learned a new approach to writing about slow films. All of this is visible when one reads my early texts and compares them with articles from 2017 and later. Each slow film is an experience for me. My writing has become an experience, too. I no longer question, I no longer try to fit. Each text is now a journey. I need a trigger, I need some sort of feeling, some kind of nudge from my brain. A memory, perhaps, something that serves as a gateway into the film I want to write about. I would make for a terrible film critic at festivals where one has to submit a review within 24 hours after having seen it. There is never enough time to create some kind of association, a response that goes beyond simple words put on paper for the sake of the reader. Once I left university, I had the luxury of taking my time, and the more I write about films the more time I take to respond to what I saw on screen. Once I have an entry point, writing resembles a bit like diving: I dive deeper and deeper, make free associations, and once I have reached the bottom of what I actually wanted to stay, I stop. I have to write in one go. I cannot resurface, take a break, and then take another dive because I will never find the original association again.

It’s not so different from a shamanic journey, in fact. There is a journey at the core, but contrary to the shamanic journey, this one is externalized and becomes visible via the medium of writing. Writing acts as a guide of where you want to go. If one sets out with a clear plan for a text or a book, and writes it the way it had been originally envisaged, it’s most often not going to be a good text or a good book because one isn’t sensitive to the changes in the writing process. The writer shouldn’t force the words, but the words should guide the writer. It’s not much different in film. When it becomes obvious that the filmmaker is following a rigid plan and objective, it becomes a terrible film. If film isn’t organic and responds to changes in the process, it’s not going to move something in the viewer either. In some ways, the film is stillborn. The same goes for writing, for literature, but writing has fewer constraints than film.

You can pre-order the book now via The Art(s) of Slow Cinema Shop. The book itself costs EUR 21. Please allow EUR 14 for packaging and postage (the latter remains terribly expensive in France, sorry!).

If you have any questions at all, please get in touch via email: nadin.mai@theartsofslowcinema.com

I want to thank every single one of you for reading my work, for engaging with my work, for encouraging and supporting me. Let’s make it another ten years, shall we?