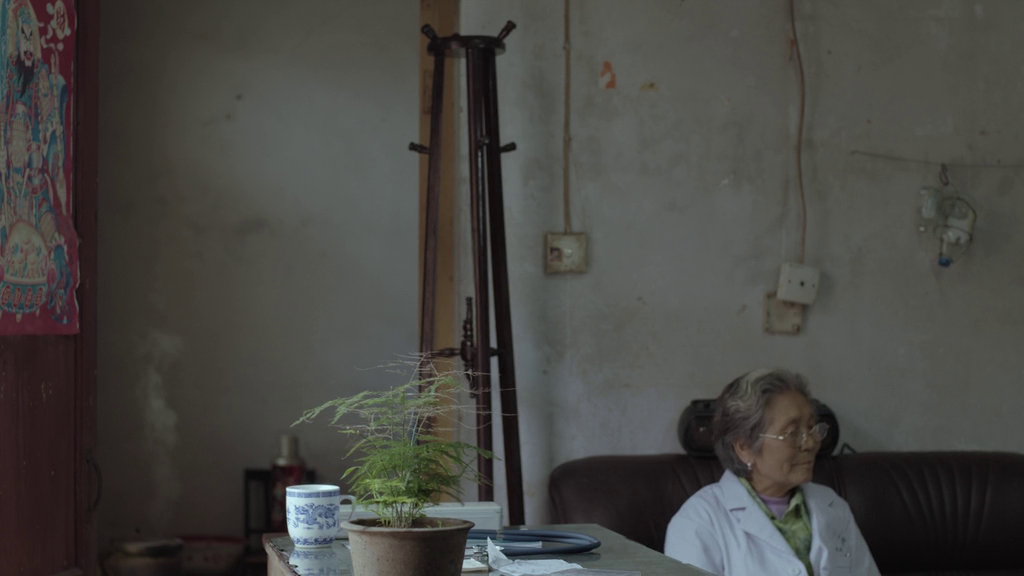 It is impossible to retain a past thought, to seize a future thought, and even to hold onto a present thought.

There couldn’t be a better beginning to a film than this extract of the Diamond Sutra, the most important sutra in Buddhism. It says so much about the reasons for our suffering. Do we not always try to project ourselves into the future? Are we not always haunted by past thoughts? And what about those wonderful present moments, which we would like to hold onto? There is a constant tension because of our attempts of controlling what is beyond our control.

And yet, this extract of the Diamond Sutra is not only there to make us aware of this curious state of eternal suffering. Chinese director Bi Gan also makes a statement about his film Kaili Blues, his debut feature, and, perhaps, about cinema in general. Especially the inability to hold on to a present thought… it has often been said that photography and film can capture the present moment. Indeed, so they do. Yet as soon as the present has been captured, it becomes part of the past. What is, has been. Bi Gan’s non-linear moving images (I wouldn’t call it a film just now) are a fascinating example of Daniel Frampton’s filmmind. His images are free floating, The film moves to wherever it wants to move. Past, present, future – it all seems to be one. The director’s forty-minute long-take in the second half of the film shows exactly this; the act of floating, floating memories, floating thoughts. We travel by motorcycle, by car. We follow this character, then another, all the while (re)discovering places and scenes that we remember from earlier.

Time has no meaning in Kaili Blues. Everything is. Temporal orientation is impossible and unnecessary. The film is no more than an invitation to float with the characters. A long circular, counterclockwise camera movement to the left, a long circular clockwise camera movement to the right – the camera becomes an indicator of the nature of time. Time is circular. There is repetition, there is rebirth. Freedom, relief, means breaking out of this circle. But Bi Gan doesn’t allow us to break out.

He holds us with lingering shots that resemble thoughts. He holds us with sounds that feel as though they come from our own mind, from our dreams and desires. He holds us. After twenty minutes, it feels as though we have already spent an eternity with Bi Gan’s characters, characters that draw watches on their wrists. The mechanical clock, the imposed partition of time, as an opponent to the very nature of Kaili Blues, the natural passage of time versus our modern perception of it, our modern desire to control time, to impose our rhythm on something that is beyond control – a marvellous point by the director.

Carefully composed, beautiful frames tell a story of emptiness, of distance. There is something missing. There is an absence that cannot be filled, a chasm that becomes deeper and wider with every scene. The independently moving camera opens up spaces and poses questions. If we try to find responses to our questions, time will wash over us like an overwhelming wave in the sea. We will get lost and have no means to catch up.

The reason for Chen’s imprisonment, the reason for Chen’s apparent adoption at a young age and the ensuing jealousy of his stepbrother, the role of Weiwei, Chen’s nephew – there is so much to explore, so many questions to ask, and not a single answer. Instead, we are shipwrecked, safe and secure on a piece of debris, but at the mercy of the sea, which the director keeps moving just like his camera. Long pans, slow zooms – these create waves that shift us to another place, to another time. And we forget where we are. We’re oblivious. In the end we become melancholic, we get the blues, subdued by somber frames, dull colours, and the endless movement in time without a goal ahead.

Bi Gan is, in his first debut feature, already a master of time, a puppet master who knows exactly what strings to pull and when. He follows the story where it wants to go. The camera becomes a companion along the road. At some point the question arose: have I seen this film already? An obscure feeling of familiarity surrounded me. Bi Gan walks in the steps of Béla Tarr, Andrei Tarkovsky, Tsai Ming-liang, Apichatpong Weerasethakul. It’s a cinematic heritage he picks up and which turns into his own style. Kaili Blues is only the beginning.