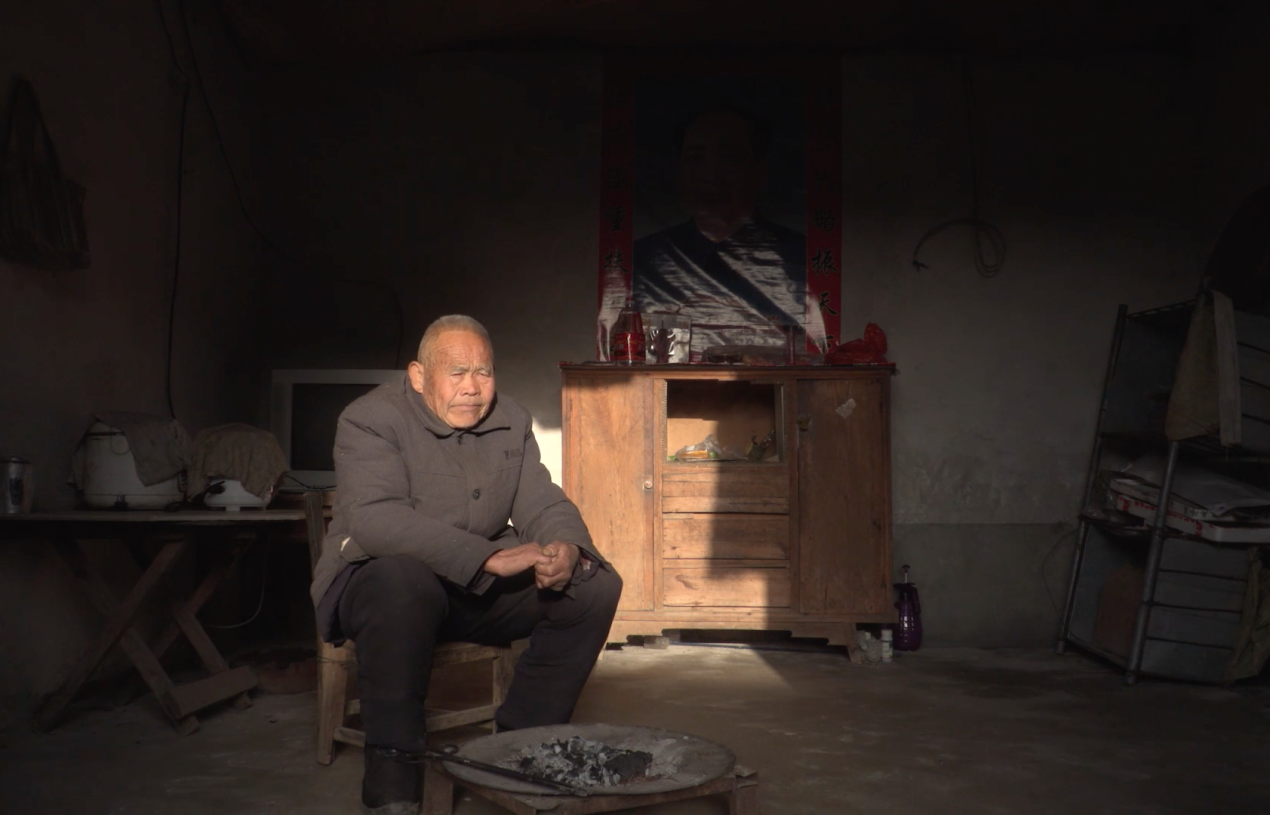 In recent months and years, I have come across quite a substantial number of strong, independent slow films from China. Of course, Wang Bing remains the most visible for us because he is lucky enough to receive support, in particular in form of funds from France and the Netherlands. Here in France, I can go into a shop and buy a film of his on DVD. But there are many other filmmakers who work in Wang Bing’s shadow, directors who are sadly not as visible as they should be and who have over the years joined the ranks of the now comparatively well-known Slow Cinema directors from around the world.

Zhang Mengqi is one of those filmmakers, whose work becomes more and more interesting to me. A couple of months ago, I wrote about her film Self Portrait: Sphinx in 47km, which struck me not only because of its title. Zhang grew up in 47km, a small village that got its name from the distance it had to the next large city, Suizhou city in the Hubei province. I remember the long house wall with Chinese characters written on it and a woman sitting in front of it. In Sphinx, the woman speaks about her son, a gifted child who went on to move to the city in order to make a living. The theme of migrant workers is common at the moment in independent Chinese film, not only because this migration empties entire villages. It also rips families apart, with children left behind in the villages, and the parents trying to make ends meet in the city. Sometimes, it goes wrong, as it did with the woman’s son, who was sentenced to death because of an apparent felony. The woman’s monologue, her memories, were intercut with a young teenager who liked to draw pictures of the village and the people around her.

With Window in 47 km, Zhang continues her work in a similar vein. She alternates testimony of one person with scenes of the same young teenage girl drawing portraits of the elderly in the village. They lovingly call them “grandma” and “grandpa”, full of respect, respect of authority, respect of the lives lived, respect of experience gathered. Window goes back further in time than Sphinx, looking back at the entire life of an elderly man. He said that he was still looking young, but that, on the inside, he was a mess. This doesn’t come as a surprise, once one reaches the end of the film.

The old man is called Li Guiting. I felt a sort of attachment to him, even though he lived and lives in a completely different country, far away from where I grew up. And yet, he was born in 1933, just like my maternal grandmother. If you come across this, there is an immediate softening in your viewing, I find. There is something that you can relate to, if only remotely. Having done research about my family, I know a bit about the life of my grandmother and am able to compare a little.

In some ways, Zhang’s approach to Li’s testimony is similar to, but also different from Wang Bing’s in He Fengming. Fengming speaks about one specific period during the Cultural Revolution, in depth, with all its pains and scares that it had left behind. Wang Bing filmed her testimony as the woman spoke and remembered. He filmed this in real time. We can see the sun setting, the room where Fengming sits being thrown into darkness until the director turns on the light. Zhang takes a different approach. She positions the camera in the door frame of a bare, austere house. The walls are bare, there are two rice cookers on the table to the left. A large Mao portrait hangs on the wall straight ahead. Zhang doesn’t hide her presence. Part of the film is the preparation of the scene. She enters the frame to put Li’s chair into the right light, to take another chair out of view. The preparation, her presence is part of the whole. Zhang is part of the “Folk Memory Project”, conceived of by Wu Wenguang, which is aimed at collecting testimony of survivors of The Great Famine. Window feels like a merging of her collection of testimony and an attempt at telling a wider story that goes beyond the one person she is collecting testimony from.

We never see Li speaking directly into the camera. Zhang films him sitting on his chair, looking at times at the embers of the fire that heats the house, at others at the Mao portrait behind him. Zhang uses Li’s testimony as a voiceover, and as a voiceover only. She juxtaposes the words with the images of a man sitting in his bare one-room house. Aged 5, his father died and his brother sold him to a foster family in order to receive at least a little bit of money. This wasn’t unusual at the time, and still is prominent in poor countries. I remember Lav Diaz explaining that the fate of Florentina (as shown in Florentina Hubaldo, CTE) is not unusual for young woman in poor, rural areas who are sold to men for a sack of rice. Poverty drives people to desperate measures… Li couldn’t stay with his foster family. When a terrible drought struck, when the crops where that poor that people died of starvation and when a thief stole everything the family had in the house, even the last crops they had, the foster family sold Li for $10, 10 kilo of rice. Li was 12 but he never seemed to have a childhood at all. Instead, he had to fight for his and his family’s survival from the moment he was old enough to work. Or beg.

Because this is what he had to do, come 1949. Everyone was famished, everyone begged in the streets for a little bit of money, for a little bit of food. “My legs are full of scars from begging. … Dogs would fight me for food,” he says. There is a real weight in Li’s testimony which is repeatedly intercut with Zhang accompanying a teenage girl to several places in the village in order to draw portraits of the elderly. Testimony, the capturing of the past, not only comes through the recording of someone’s memories, but also through images, through drawings. What struck me was that the drawings only ever showed a single person. There isn’t a sense of family, of community, of friendship. The drawings show a lone person in an austere environment. There is an old man, who wants to see the drawing but his eyesight is so bad that he cannot decipher anything at all. There is an old woman who champions the young woman’s dedication to her drawings. In many ways, her drawings remind me of Agnès Varda and JR’s Visages Villages, rendering the invisible visible at the very places where they belong.

What we don’t see in those drawings are the hardship that Li and his fellows had to endure. When hunger become so oppressive that people died on their way to work, Li and his mother decided to kill themselves. He was 26 years old.

How can one’s heart not take a stumble hearing this? How can one not get suddenly disoriented? This hope of death, this seeming disappointment of not being released from the ongoing pain, is cruel. But Li doesn’t dwell on this horrible episode, he continues his testimony as though this episode was just like any other. Indeed, it is difficult throughout his monologue to make out emotions. Just like Fengming, who almost recited her testimony, Li doesn’t stop to give way to emotion, to thoughts. By the end of his testimony, one understands why he said at the beginning that nothing good ever came out of his life. It is an excruciating testimony, but told without emotional attachment. And despite everything, Li remains grateful for Mao because, he says, Mao allowed the poor to rise up. Today, one can “eat without worry, dress without worry … all thanks to the Communist Party, thanks to Chairman Mao.”

Li said that there was socialism now, which reigned in China, and that communism was coming. It was communism that everyone was waiting for because it would make everyone even happier.

I couldn’t help but think of a podcast I recently heard on France Culture about China and its geopolitical position in a post-Covid19 world. It was pure coincidence that I listened to it before I saw Zhang’s film. Li, perhaps unconsciously, quotes a diplomat’s mantra, an ideal, a dream which, even after everything fell to ruins in his life, Li adheres to. Something that leaves a bitter taste, even with the upbeat ending of the film when the teenage girl and Zhang herself draw Li’s portrait on his house wall…